This continues our coverage of NY Comic-Con 2010.

Video games are a big part of NY Comic-Con, and one of the most popular exhibitions on the convention floor this year was “Michael Jackson: The Experience,” an upcoming dance game for the Nintento Wii. This is only the latest step in Michael Jackson’s posthumous rise in popularity, and as such, I thought it would be worth it to subject this latest development to some OTI scrutiny.

What we see in this first video is less a commentary on Michael Jackson and more a perfect example of the pop culture cross-polination that defines Comic-Con. Last year I highlighted the zombie-fighting Jedi Joker; this year I bring you Wario dancing to “Billy Jean”:

It is oddly appropriate that this white-gloved Nintendo character is so enthusiastically playing a Nintendo game featuring a white-gloved character, but beyond that coincidence, there’s actually very little to extract from this incident other than pure entertainment. It’s just one of those weird serendipitous moments that make Comic-Con such an interesting experience.

This next video, on the other hand, speaks volumes:

In case you’re not seeing what I’m seeing, let me lay it out for you: three years ago, any combination of Michael Jackson and young children would have resulted in revulsion. Now, after his death, this is just another example of young people enjoying a music-themed video game.

A lot has changed since this was the public image of Michael Jackson: 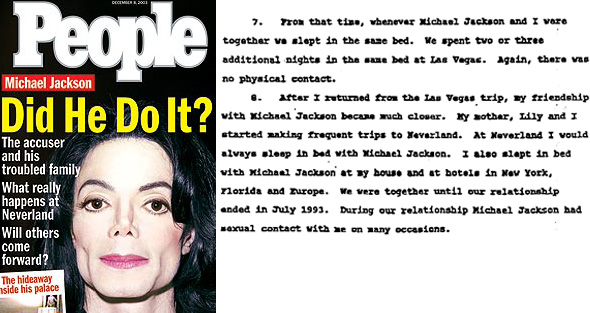 And that jokes like this one were commonplace on late night television:

Now, in 2010, a year after his passing and the subsequent non-stop celebration of his legacy, how does it feel to listen to a Michael Jackson child molestation joke? A little uncomfortable, right? And how does it feel to watch a video of small children dancing to a Michael Jackson song? Totally normal, right? Granted, plenty of children probably danced along to Michael Jackson songs in the years between the allegations of child molestation and his death. But they didn’t do it as part of an elaborate publicity campaign for a multi-million dollar video game. 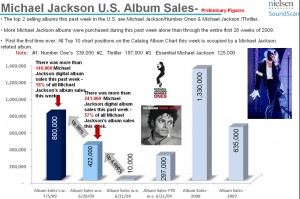 The rehabilitation of Michael Jackson’s image after his death is a truly fascinating phenomenon. It says a lot about our culture’s selective memory and our willingness to forgive under the right circumstances, but it also says a lot about the economics of human life itself. Consider this statement: until his death in June 2009, the greatest liability for those seeking to make money off of Michael Jackson’s creative output (with the exception of his live touring) was Michael Jackson himself. His passing conveniently converted MJ the liability (bizarre tabloid headlines, salacious rumors) into MJ the asset (object of affection, goodwill, and nostalgia). There is almost no way the “Michael Jackson: The Experience” video game could have been made while Michael Jackson was alive. Simply put, because he’s dead, people stand to make millions of dollars from his creative output that they otherwise wouldn’t have been able to make with him alive.

There’s a whole professional field dedicated to the computation of the value of a human life. Actuaries at insurance companies and government agencies try to put a price tag on lives by balancing the economic output they’d generate versus the resources they’d consume in sickness, public resources, etc. One such effort recently came up with the figure of $129,000 per year.

Michael Jackson’s life clearly cannot be shoehorned into any actuarial model; in becoming more valuable in death, it completely subverts any attempt to monetize a human’s contributions to the economy. It is the final irony of a life that was equal parts triumph and tragedy.

With this in mind, take another look at the video of children dancing to “Billy Jean.” They may grow up never fully comprehending the irony of this moment or the strange economic calculus that made Michael Jackson far more valuable in death than in life. But that’s not necessarily a bad thing. They’ll experience other disappointments, tragedies, and heartbreaks in their lives. Michael Jackson doesn’t have to be one of them. Instead, he can just be the King of Pop to them.

5 Comments on “NY Comic-Con 2010: The Next Chapter In The Ongoing Posthumous Rehabilitation of Michael Jackson”