If you’re looking for more evidence of the continual decline of the English language, look no further than T.J. Maxx’s spring 2011 ad campaign.

In one such specimen, a pretty young woman dressed somewhere between BoHo chic and “my older sister told me what to wear at SXSW so I wouldn’t embarrass her” spends her time in a bunch of pretty young ways in a montage of ruffled fabrics, visits to the park, and inviting clothing merchandising.

Young Ms. Maxx has really pretty hair and seems nice enough. I’d hang out with her if she were a coworker. Especially if she didn’t talk. As commercials go, this one is far from the most offensive or inane.

So they wrote a voiceover script in which Ms. Maxx and her impressively wholesome good looks extol the virtues of the season’s must-have wardrobe. You can shop! And also save! And look like a lip gloss commercial! And hang with your friends LOL!

[Apologies: the best we can find is this handheld recording of the commercial on TV – Ed.]

“I’m in T.J. Maxx all the time,” exclaims our friend. “I used to think it was old-school, but it’s not. I get this season’s designer clothes – and I still get to eat!”

See? She’s edgy! She’s down to earth, with regular-person concerns and a gastrointestinal tract! Just like other middle-class female consumers between the ages of 17 and 25!

Sadly, T.J. Maxx ad copy people, “old-school” does not mean what you think it means. “Old-school” isn’t “old-fashioned” – some dumb thing our parents tried to make us do because they were SO UNCOOL. “Old-school” is a good, fashionable thing inspired by, or taken directly from, past cultural traditions, usually the recent past. Urban Dictionary defines it as “anything that is from an earlier era and looked upon with high regard or respect.”

You wouldn’t say, “Whoa, these cave paintings made by Paleolithic humans are so old-school!” Nor would you say, “My mom tried to convince me to wait until my wedding night to consummate my relationship with my fiancé, but I told her that was really old-school.” Because that is not what “old-school” means.

For anyone else who may need clarification regarding the use of “old-school,” please enjoy this handy usage chart:

Old School: Playing Frogger on an 8-bit Atari gaming system.
Old People: Your mom telling you to stop playing Frogger and fill out your pre-med application already.
Old Fashioned: Listening to the phonograph at the apothecary shoppe. 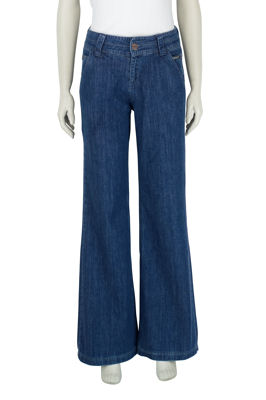 [Image credit goes to A Mom In Red High Heels, who speaks to her demo in a language they understand. – Ed.]

While my demographic is no longer 17 to 25, it was recent enough that I know what mattered to me at that time, and I know plenty of people who still inhabit this demographic. They wouldn’t take this woman’s advice about anything. She doesn’t know what she’s talking about and she doesn’t come across as sharing their cultural priorities and knowledge base. This seems like a pretty “ad copy 101” concept to mess up when your goal is to make people buy things because they identify with your protagonist.

Unlike ads that poke fun at the theory that consumers want to be like the people using the product – most famously the Man Your Man Could Smell Like campaign from Old Spice – this ad is embarrassing, tone-deaf, and irritating. Like when your boss calls blogs “e-diaries” and printing things “downloading,” and then gets mad at you for having no idea what he’s talking about.

Where am I going with all of this? Well, there are two key issues here that deserve the Overthinking It treatment.

First, while language and in particular semantics are dynamic, they aren’t dynamic in this way. Saying things incorrectly in a way people don’t generally say them isn’t being linguistically progressive, it’s just being ignorant. There’s a difference between a) meaning that evolves over time, as people slowly apply a word at the edges of its current meaning, and that usage gradually edges from rare to common and b) meaning that is confounded because you never knew the common or accurate usage in the first place.

To vary from or build upon a linguistic or semantic convention, you first have to understand what it is you had to begin with. Attempts to justify flipping “old-school” from a positive to a negative connotation in 20 seconds of ad time should drive any self-respecting linguist bats. These aren’t cases of descriptive versus prescriptive linguistics (in other words, legitimate theoretical concerns for those who examine the science of language). This is balls-out linguistic apologism. Choices like these make us worse at saying what we mean in a world already rife with misunderstandings.

Second, errors like this say a lot about the difference between making oneself (or one’s media) come across as culturally relevant versus culturally suspect.

The commercial, when I saw it, happened to surface during a break from Juno on the Oxygen network. Juno is an excellent counterpoint to the woman in the commercial. While Diablo Cody has been accused – fairly – of being overly precious and of creating characters whose uncannily perfect comebacks are far too rehearsed, at least the writing addresses relevant cultural concerns using accurate cultural vocabulary.

It might not occur to an actual, real-life 17-year-old (however precocious, culturally savvy, or pregnant) to make a reference to the fictional band from My So-Called Life or to crack wise using the word “shenanigans.” But, at the same time, when Juno does this, we get where she’s coming from, and so does the demographic she represents. When the audience likes the writing, it’s because the viewers want to believe they’d think of similarly clever remarks in similar situations. Conversely, no one who wishes to be taken seriously wants the rhetorical skills of Ms. Maxx.

Bottom line: 1) don’t use cultural vocabulary that isn’t yours to bring about a certain end unless you’re quite certain that you’re using it the right way. 2) If you fail in this endeavor, those of us who are paying attention will mock you, distrust you, and likely not buy your stuff.

[Do you find T.J. Maxx’s use of “old school” as suspect as Diana? Or are you just happy T.J’s slashed their prices? Sound off in the comments!]