In case you missed the Figure Skating article, here’s a quick refresher for the standards used in defining sport for this Court. The four facets that must be present for an activity to be recognized as a sport are: 1. Rules and Regulations; 2. Specialized Athleticism; 3. Competitive in Nature; and .4. A Quantifiable and Definite Outcome.

CHIEF JUSTICE HOLT delivered the opinion of the Court.

In early January, the United States Biathlon Association relocated to Lake Placid, New York from New Gloucester, Maine. Following the classification of biathlon as a sport by the Internal Revenue Service, the City of Lake Placid brought suit, alleging that the taxation places unjust harm on the import city and causes five years of suppressed revenue due to the dual taxes owed. Furthermore, the appellant argues that biathlon, due to its use of a rifle as an instrument, should not be considered a sport and thus should be exempt from the Sport Taxation Post-Exportation Act of 2013. The Internal Revenue service argues that the City of Lake Placid lacks standing to bring this suit, as it suffers no direct loss. The United States District Court for the Northern District of New York held for the appellant. The United States Court of Appeals for the Second Circuit reversed this decision. We granted certiorari.

In Massachusetts v. Mellon (1923), the Court held, regarding a challenge to congressional taxation law, that “The party who invokes the power must be able to show not only that the statute is invalid but that he has sustained or is immediately in danger of sustaining some direct injury as the result of its enforcement, and not merely that he suffers in some indefinite way in common with people generally.” Therefore, the appellant must demonstrate immediate harm and may not make an abstract argument for such injury. This position was narrowly modified in Flast v. Cohen (1968), in which the Court ruled that a taxpayer—or its representative (in this case, the City)—may only allege unconstitutionality under Article I § 8 Clause 1 of the Constitution and “show that the challenged enactment exceeds specific constitutional limitations upon the exercise of the taxing and spending power and not simply that the enactment is generally beyond the powers delegated to Congress” by the Taxing and Spending Clause.

The appellant in this case was unable to meet this minimum requirement. The City cited suspected decreased tax revenues due the increased financial burden which United States Biathlon Association will be subjected. However, this is merely a theoretical ponderance; the organization may post an increased profit due to relocation or may falter due to other reasons.

However, we shall still consider whether biathlon qualifies as a sport under National Hockey League due to the importance of the subject. 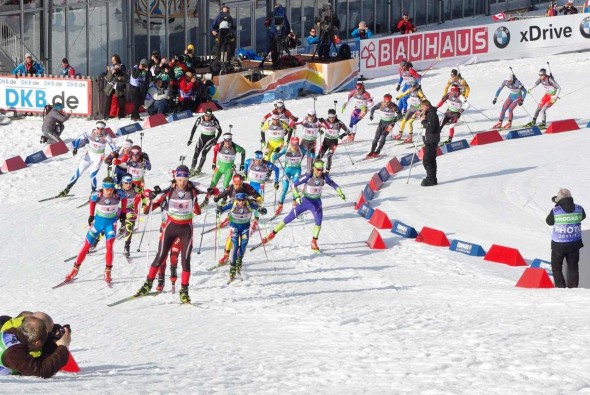 Given that the sport of biathlon consists of cross-country skiing and shooting, and given that cross-country skiing is a sport as per City of Park City v. IRS (2014), it remains to examine whether the shooting component is a sport. If so, then Biathlon is clearly a sport in conformity with the decisions at which the court has previously arrived. If not, then it remains to be examined as to whether an event that has multiple discrete tasks, some of which are sports and some of which are not, is a sport.

First, as regards the sportishness of shooting. This pertains specifically to the shooting done in Biathlon, which takes on a marginally different form than other shooting events such as skeet shooting, and those will be handled indirectly, just not decisively. Shooting is an aiming game (e.g. darts, shuffleboard) with rules, competition, and an objective goal, but its athleticism is in question. Accuracy is the chief virtue with shooting, as with all aiming games, but it is unclear as to whether accuracy is an athletic habit or merely a habit of skill. Habits of skill are those, such as playing music, medical surgery, or typing, which are not fully athletic even if they do involve some limited amount of physical strain. The difference between a habit of skill and an athletic activity is that a habit of skill is determined chiefly by motor learning whereas athletic activities incorporate motor learning with strength and conditioning. Habits of skill require a great deal of motor learning whereby manual tasks are consolidated in the memory, but they do not require anything more than an ordinary amount of athleticism. Sport requires more than ordinary athleticism, it requires a specialized strength and/or conditioning which distinguishes a competitor from a member of the general population (at least at the highest level). 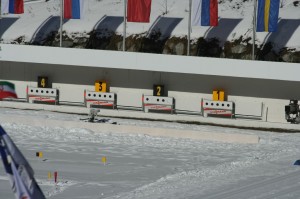 As discussed within United States Bobsled and Skeleton Federation, there is the addendum to the second criterion – the The Standard of Initial Propulsion, which states that “if the initial propulsion of a ball, sled, or other non-human entity is directly the result of specialized athleticism, then the event will be considered to satisfy the second criterion.” It would seem reasonable therefore to examine the shooting aspect of biathlon through this prism as well. If shooting is able to satisfy this addendum it would therefore satisfy the second criterion. It is plain enough that the initial propulsion comes from the action of pulling the trigger, but does this action rise to the level of specialized athleticism? Given that the action of pulling a trigger is not dissimilar from many everyday activities it does not appear it can be seen as specialized athleticism. Therefore, it fails to satisfy the addendum.

The Court is left then to examine whether any other aspects of shooting are able to satisfy the criterion of specialized athleticism. Athletically speaking, the main element of shooting is stabilizing and aiming the gun. While this does take effort, it is the opinion of the Court that this level of effort does not satisfy the criterion of specialized athleticism. 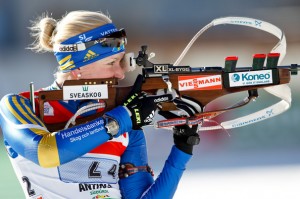 We’re a little nervous to question her.

Within the event of biathlon the shooting portion is admittedly different than that seen in standard shooting competitions. The skiing section of the event is so rigorous that competitors are often pushing their bodies to the limits. Most competitors’ heart rates hover somewhere around 90% capacity. In fact, when the athletes stop to shoot, they have to lower their heart rates so that they are able to stabilize the rifle in order to shoot accurately. In this situation it seems that the Court might be more inclined to designate shooting as a sport within the event of biathlon. The source of the strenuous activity, however, is the skiing portion and not the shooting portion. In fact, the difficulty of slowing a heart rate signifies a rapid transition from an athletic activity to a habit of skill which necessarily excludes that sort of athleticism. Thus, the Court holds that even with the extra strenuous nature of shooting seen in biathlon events, the shooting itself if still not a sport given that at its core it is not a sport.

Having found that the event of biathlon contains within it one sport and one non-sport, the Court is left to contend whether that event or any event so composed and so practiced can still be considered a sport. This question was ignored in the court’s aforementioned Park City case with regard to Nordic Combined. Similarly to Biathlon, it consists of cross-country skiing and a non-sport, so it too falls into the same diluted category. How then are we to consider this situation? It seems to the Court that it is different from that presented in Nordic Combined. In this case the non-sporting element simply fails to satisfy one of the criteria whereas in other similar cases the non-sport has violated the principles behind one of the criteria, i.e. qualitative and subjective scoring. In a case such as this in biathlon, the Court believes that the event when it fails to satisfy all the criteria does not negate the overall sporthood of the event. If however the event were to violate one of the criteria in that instance the Court would have to find that in such an instance the event is not a sport.

Therefore, as the Court has found that all the four criterion are met without outright violation by the event of biathlon we find it to be a sport as defined in National Hockey League. 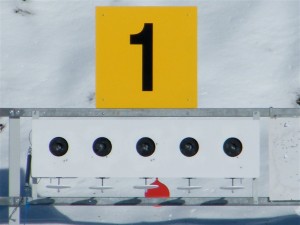 While the reasoning behind the classification of Biathlon is sound, unfortunately we are unable to approach said question. The Court held today that the “appellant was unable to meet this minimum requirement” and does not have standing to bring this issue before the Court. No matter how important the subject may be considered by the Court, we cannot rule on Biathlon’s standing as a sport, if appellant did not have standing to bring the suit to begin with. The case should have been dismissed and truncated prior to §II.

The authors, Emily Smith, Jake Wolf, and Andrew Buonopane, live in the general Washington, DC/Ithaca, NY metropolitan area and maintain a the Sport Court Blog with similar in-depth discussions of sportishness. Stay tuned in the coming days and weeks for a summary of their judicial endeavors and an Olympic recap post.

5 Comments on “Sport Court: Is Biathlon a Sport?”