Half the fun of any subculture convention, of course, is snapping random pics of people dressed up as fictional people. We talk about the appeal of genre culture as a way of identifying with heroes in unusual situations. The advantage of geek icons like Solid Snake, Luke Skywalker and Iron Man are that you can very easily proclaim your allegiance by dressing like them. You couldn’t dress up as Jack Bauer and have it be instantly recognizable, unless you had a name tag that said “Jack Bauer.”

This doesn’t explain the guys who dress up like Stormtroopers. 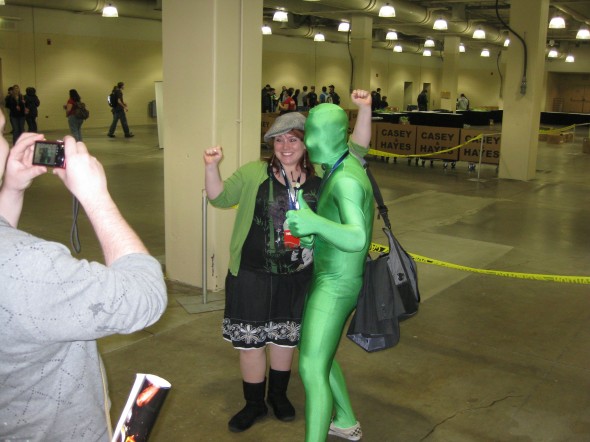 from It's Always Sunny in Philadelphia 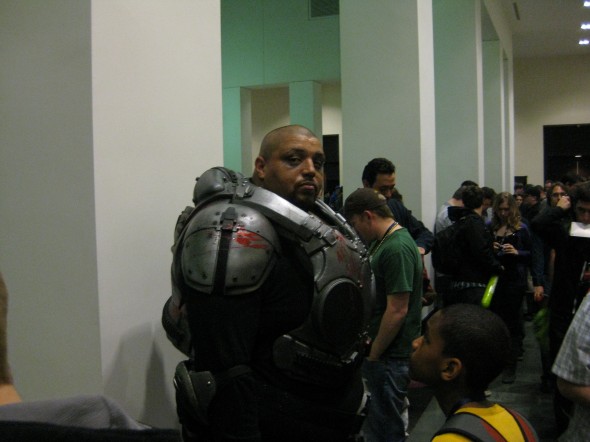 A Gears of War COG soldier. Definitely the most badass guy I saw this weekend. 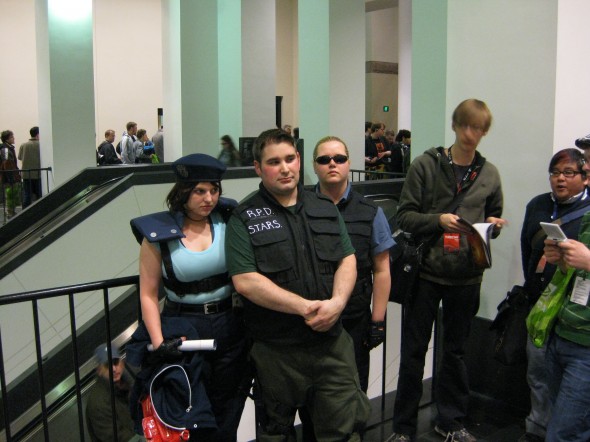 Raccoon City cops. Usually all getting wiped out except for two or three officers, but watch out for those three! 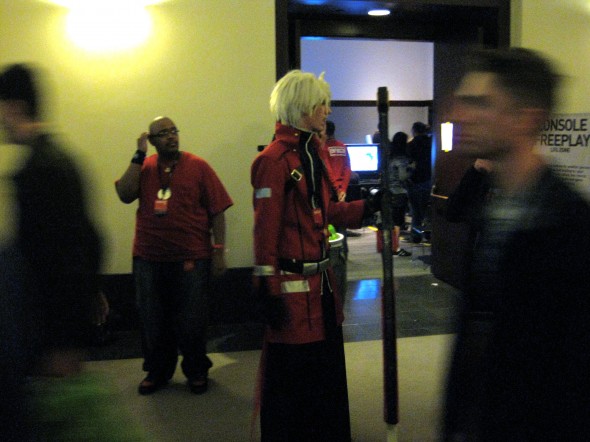 I know he's from Final Fantasy; I just couldn't say which one. 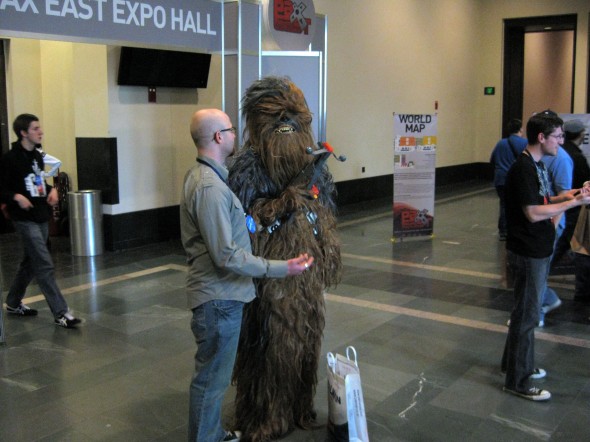 Chewbacca doesn't have time for this. 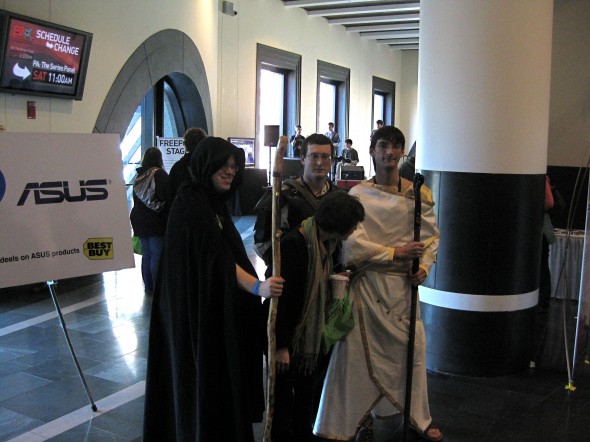 Ah, some guys? On a quest? Help me out here.