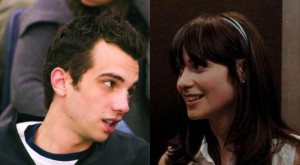 (The following post should be read in conjunction with Shana Mlawski’s oft-linked article, “Why Strong Female Characters Are Bad For Women.”)

If you’ve had any access to online or conventional media in the continental U.S. for the past 60 days, you’ve seen an ad for the upcoming bro movie She’s Out Of My League:

On the surface, a forgettable sex comedy. Adorable schlub lands major-league hottie; usual series of pratfalls and embarrassing incidents; he rises to the occasion and proves himself worthy of her love. No bankable stars and plenty of references (the TSA, iPhones) that will hopefully seem dated in ten years. The tone’s a little more crass than usual, but no worse than anything we’d see in the Eighties. Or Nineties. Or Aughts.

Of course, I liked it much better the first time I saw it, when it was called (500) Days of Summer.

“Whoa, hold the iPhone,” you’re doubtless saying. “(500) Days of Summer was an indie romantic comedy much beloved by hep movie critics. She’s Out Of My League is a derivative pile of gags. How can you even compare the two?”

(Warning: SPOILERS FOLLOW for (500) Days of Summer, although if you’re that worried about a romantic comedy being spoiled you might want to change your expectations of the genre. I may also unwittingly spoil some of She’s Out of My League, but, not having seen it, that says more about the corrugation of the plot than my skills as a critic)

A., male, age 23-59, meets B., a female, age 21 to 28. A. lives a routine life which the audience is encouraged to find sad. B. is gorgeous, warm and free-spirited. B’s love and encouragement help A. to get out of his shell. Eventually, B. departs A’s life, leaving him happier and wiser.

Not only is that She’s Out of My League and (500) Days of Summer, but it’s also Autumn in New York, Sweet November, A Walk to Remember, Force of Nature and Love Story. It’s also Annie Hall and Bringing Up Baby. The AV Club identified this type as the Manic Pixie Dream Girl, but she doesn’t even need to be particularly manic or pixieish. You could argue that Maribel Verdu’s character in Y Tu Mama Tambien fills the same role. 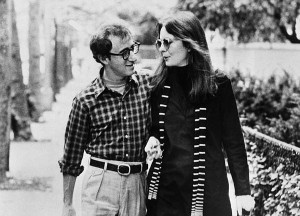 I'm going to write and direct a movie where a beautiful free spirit falls in love with me, if that's okay.

So the ending of (500) Days of Summer (which is revealed in the first reel, by the way – not foreshadowed but explicitly stated) does not defy the conventions of romantic comedy. The Manic Pixie Dream Girl leaves as often as she stays – often due to death (Autumn in New York, Sweet November, Love Story), but not always.

In any case, (500) Days of Summer and She’s Out of My League both came steaming from the same mold: the Woman As Liberator. The woman enters the man’s life, shakes up his perceptions, usually has sex with him and just as usually vanishes. (500) Days of Summer is a particularly artful example of the trope. It’s well-written, with clever dialogue, good music, memorable characters and the neat narrative device of a non-linear storyline. And it stars two indie screen darlings, Joseph Gordon-Levitt and Zooey Deschanel. She’s Out of My League stars an obvious sexual fantasy and a guy you might remember from Knocked Up. Characters are mean for no obvious reason and every joke calls ahead before arriving. 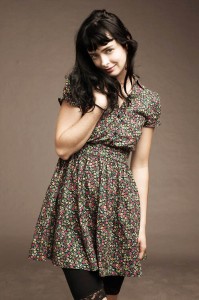 (In fact, can I take a moment to comment on the love interest’s dark-haired sarcastic friend? In the trailer, we hear her yell at a man for very politely asking that the blonde not use her phone on the plane. Two things: (1) he’s right; phones aren’t good for planes; that interference you hear sometimes when your cell phone is too close to a speaker?; imagine hearing that in your headset while you’re trying to get directions from the FAA on which of LaGuardia’s two notoriously crowded runways to use; and (2) what kind of response is “what are you, a plane doctor?” even Joss Whedon would turn his nose up at that one)

She’s Out of My League is a worse film in every criterion that matters. But it’s effectively the same story.

22 Comments on “Why Weak Male Characters Are Bad For Women”