That’s not where the story ends.

After the end of Seinfeld and the failure of his other sitcoms, actor Michael Richards – who played Kramer – resumed his career in stand-up comedy. This career came to a screeching halt in November 2006, when a cell phone video recorded him at the Laugh Factory in Hollywood, shouting down some hecklers at the Laugh Factory in Hollywood by yelling “He’s a ni—r!” about six times. Richards apologized on David Letterman’s Late Show, as well as to Al Sharpton and Jesse Jackson (neither of whom were present at the Laugh Factory, but hey). He claimed that, in his rage at being heckled, he wasn’t thinking about how he responded.

When I first heard this anecdote, I didn’t give it much thought, other than “whoops, another celebrity who’s secretly a racist.” Then a friend of mine, who does regular stand-up gigs in the Boston comedy scene, mentioned the incident while we were talking about the pressures of comedy.

“It’s not just that Richards is racist,” he said. “He is, but most racists have the common sense not to bust out the n-word in public like that. Richards thought he had the crowd on his side. He didn’t realize how quickly you can get the crowd to turn on you.” 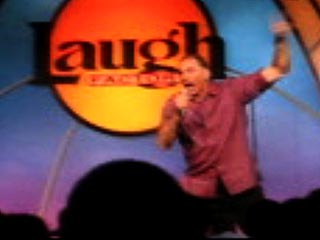 Fifty years ago, yelling the n-word six times might have played. Today?

My friend was talking about the delicacy of a comedy club audience, but I took away something else. Michael Richards thought he could get away with the n-word because he thought he was the victim. He thought a room full of black people were out to get him and he was justified in lashing back with the harshest weapon in his arsenal. What Richards failed to realize is that it’s effectively impossible for a successful white male entertainer with tens of millions of dollars in the bank to be a “victim” in a comedy club. He failed to realize the balance of power would never let him be a hustler.

Like the character he made famous, Michael Richards thought he was poor enough to try his luck hustling. But a hustler’s behavior just looks petty when you’re already on top.

So what about successful hustlers? What do they do when they get big? What do you do when you go from an order-taker to an order-maker?

Critical culture rarely has kind words for entertainers who “retire” and then emerge a few years later (consider Brett Favre or Barbra Streisand). But after his so-called retirement album – the Black album in 2003 – Jay-Z released a new disc in 2006: Kingdom Come. No one has yet to call him a wash-up, a has-been or a laughingstock. In fact, Jay-Z – one of the biggest names in late-90s gangsta rap – has become even bigger than ever.

How? By going from gangsta to gangster.

Note the change in imagery and iconography. All rappers wear suits and carry canes. But Jay-Z makes a point of wearing expensive-looking suits that look precisely tailored. The difference between how Jay-Z wears a suit and how The Game wears one? Please. Not even close.

The language, the visuals: all speak to a more restrained, dignified display of power. Even the hooks have graduated. Jay-Z samples from an ensemble of socially conscious street musicians for “Roc Boyz (And The Winner Is …)”; from the blaxploitation classic “Shaft in Africa” for “Show Me What You Got.” These aren’t songs for grinding or freakin’; these are anthems that hearken back to an older generation. In the 90s, Jay-Z was bouncing around in oversized basketball jerseys, singing about “big pimpin’.” In the 21st century, if Jay has dirt on his shoulders, he asks you to brush it off.

(I’d talk more about Jay-Z, authenticity, symbols of authenticity, and how the symbol can force you to think about authenticity even when it’s fake, but The Last Psychiatrist does it so much better in this post on the ‘Death Of Autotune’ video)

Jay-Z has become the most important figure in rap music today (seriously, does anyone even question that?) through total control over his image. In addition to his tremendous financial success as one-time head of Def Jam Records, he has reinforced every public appearance – awards shows, concerts, music videos, beats, hooks, lyrics – with the subconscious message that he’s at the head of the table.

Jay-Z has graduated from hustler to chairman. And Michael Richards is trying to scramble back down the ladder.

3 Comments on “I’m A Hustler, Homey; You A Customer, Crony”