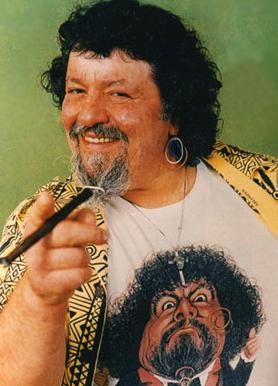 Little did I know when we were recording the most recent podcast that it would become so sadly topical:  today the world mourns the loss of Louis Vincent “Captain Lou Albano” Albano, who passed this morning at the age of 76.

I feel shaken by his death.  We were just talking about the guy.  And I hadn’t so much as thought of him in years.  In years.  And now he’s dead.  It didn’t make any sense.  Oh, I know all about the law of large numbers.  While the odds of me talking about a specific celebrity and having them die shortly thereafter are low, the odds that someone, somewhere in the world will be talking about ANY given celebrity shortly before his death are probably pretty close to one.  So in the grand scheme of things, what happened to me today is not all that strange.  It probably happens to hundreds of people every day, and will probably happen to all of us, if we wait long enough.  But it had never happened to me before.  And it felt weird.  It didn’t make any sense.

That was how I felt today at about 3:00, when I heard the news.  Two hours later, I had an epiphany.  Of course it didn’t make any sense!  This was Captain Lou Albano, often imitated, never duplicated!  NOTHING about his life made any sense.

The wrestling career based around a one note “hidden knife” gag.  The rebirth as the most charismatic heel manager in wrestling history.  The epoch-defining (for wrestling, anyway) collaboration with Cyndi Lauper, of all people.  The stint with NRBQ.  And then a role as a live action Super Mario Brother.  If I came across that career in a Thomas Pynchon novel, I would deride it as contrived and unbelievable. But that was his career.  And this bizarre coincidence was a fitting end to it.

That was what I thought today at 5:00, for all of five minutes.  At 5:05, the guilt set in.  “That’s a horrible way of looking at his death, Stokes!” I thought.  And I was right.  The “meaning” I had found here, in the tragedy of a man’s death, was based entirely on my own solipsistic perspective.  What about Lou Albano’s perspective?  I won’t pretend to speak for him, or for the people he cared about, but I think we can be pretty sure that, uh, you know, the fact that some internet mouth-breather happened to have a conversation about him a couple of days before his death? Probably not a factor.  I can’t even pretend to be a lifelong fan:  I’m just a guy who has some oddly specific memories of an old Nintendo-based TV show.  For me to act like my coincidence matters is kind of an insult.  For me to act like I know anything about his life (let alone how much “sense” his death made), is an insult.   Then I started trying to make excuses.  After all, there is a careful distinction to be made, right?  Captain Lou Albano, the character, is the person whose life I feel like I understand, and the one whose death had such a strange effect on me.  And as a character, Albano really did belong to the world, even to internet mouth-breathers like me.  Louis Vincent Albano, the man?  I know nothing about him.  I can know nothing about him.

This is my state of mind at 5:15.  So in an attempt to get some perspective (and to soothe my lingering guilt), I sit down and try to learn as much as I can about Louis Vincent Albano.  I watch some blurry youtube videos of him wrestling.  I read up on the wikipedia.  I watch the thoroughly bizarre spectacle of him and Cindy Lauper grimacing at eachother as her protege, Wendi Richter, grapples with Albano’s protege, The Fabulous Moolah.  I watch some interviews.  I watch his oddly affecting ‘Just Say No’ PSA.  None of it seems to get me any closer to the man.  I start to wonder whether I have ever really been close to anyone, ever.  (Spend enough time on clicking around youtube, or watching professional wrestling, or reading wikipedia, and a little existential dread is inevitable.  Today, I am hitting the trifecta.)  Finally, I end up watching this video.  I end up watching it several times.

And now it’s past midnight, and all this posts “todays” are yesterday. (No, I didn’t watch the video for seven hours straight.  But I’ve been thinking about it a lot.)

In the grand scheme of things, what happened to Louis Vincent Albano is not all that strange either.  It happens to considerably more than hundreds of people a day, and will certainly happen to all of us eventually.  That doesn’t diminish the loss felt by his loved ones.  But if any of them happen to be Overthinkingit readers, I hope they can take some comfort in the following.  You can divide the people in the world into two groups, based on how they behave when you tell them to dress up like a video game character and dance around in front of a green screen.  Louis Vincent Albano was the kind of guy who threw himself into it with abandon, the same way he threw himself into everything else.  That’s as close as I will ever come to knowing who the man really was.  And it’s not much. But that little, tiny, shred of him, that I did see? It was freaking amazing. 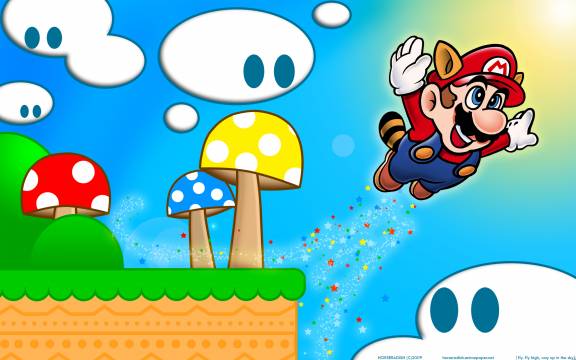 3 Comments on “Who’s the greatest living portrayal of an Italian American?”