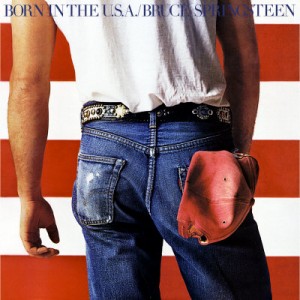 Many people my age know this, but for the younger crowd: Ronald Reagan, during his 1984 re-election campaign, tried to coast a little on the surging popularity of Bruce Springsteen’s “Born in the U.S.A.” (off the album of the same name). “America’s future rests in a thousand dreams inside our hearts,” Reagan said at a stump speech in Hammonton, New Jersey. “It rests in the message of hope in the songs of a man so many young Americans admire: New Jersey’s own Bruce Springsteen.”

Reagan did not quote “Born in the U.S.A.” by name, but you couldn’t turn on a radio without hearing that song in 1984. It’s clear that’s the one he meant. Springsteen, always a populist and usually to the left, took some umbrage at being associated with Reagan. “You see in the Reagan election ads on TV, you know, ‘It’s morning in America,'” he told Rolling Stone. “Well, it’s not morning in Pittsburgh.” Take that, Iron City.

So to whom do we owe Reagan’s gaffe? I hesitate to lay a PR blunder at the feet of one man alone, but I have to blame George F. Will.

In a September 13, 1984 column for the Washington Post, Will described seeing Springsteen live in concert, as a guest of drummer Max Weinberg. Will barely waits two paragraphs before stumbling into the first of a string of laughable analogs and interpretations.

There is not a smidgen of androgyny in Springsteen, who, rocketing around the stage in a T-shirt and headband, resembles Robert DeNiro in the combat scenes of “The Deerhunter.” This is rock for the United Steelworkers, accompanied by the opening barrage the battle of the Somme. The saintly Rebecca [Weinberg] met me with a small pouch of cotton — for my ears, she explained. She thinks I am a poor specimen, I thought. I made it three beats into the first number before packing my ears.

In the eyes of George F. Will circa 1984, American masculinity is under attack from prancing androgynes who play music at reasonable volumes (take that, Psychedelic Furs!). To this injury, the loud, T-shirted Springsteen is a life-saving elixir.

And, in a column about good ol’ fashioned American values, Will thinks it apropos to invoke both The Deer Hunter and a World War I battle in which the U.S. did not participate.

I have not got a clue about Springsteen’s politics, if any, but flags get waved at his concerts while he sings songs about hard times. He is no whiner, and the recitation of closed factories and other problems always seems punctuated by a grand, cheerful affirmation: “Born in the U.S.A.!”

Will might not have had a clue about Springsteen’s politics, but a casual listen to the lyrics of the song he quotes in that paragraph might have helped:

And that is, of course, the first verse. Perhaps Will used too much cotton.

If all Americans — in labor and management, who make steel or cars or shoes or textiles — made their products with as much energy and confidence as Springsteen and his merry band make music, there would be no need for Congress to be thinking about protectionism. No “domestic content” legislation is needed in the music industry. The British and other invasions have been met and matched.

So the recession of the early ’80s, in Will’s eyes, comes from a failing of will – the lack of “energy and confidence” from S&L managers, or air traffic controllers, or auto manufacturers (take that, labor unions!). We at OTI try to stay free of politics, but we offer that final observation up without comment.

So George F. Will, not understanding Springsteen’s rhetoric, misrepresented the man in a Washington Post column. So what?

So: George F. Will was friends with Michael Deaver, deputy Chief of Staff to Reagan and a longtime advisor. Will mentioned Springsteen to Deaver. Deaver mentioned it to Reagan’s speechwriters. And thus the blunder struck.

All of the above counts as trivia today: Reagan won the 1984 election by the greatest electoral landslide since, well, his 1980 election. So misappropriating Springsteen with less than a month to go didn’t kill him. But such a perfect storm of ironic misinterpretation and high-profile politicking could only be born in the U.S.A.

(Oh, who am I kidding? It could happen just as easily in Iran.)

Or read more from… Music, born in the usa, bruce springsteen, ronald reagan

5 Comments on “Born In The USA: Our Most Misappropriated Patriotic Song?”