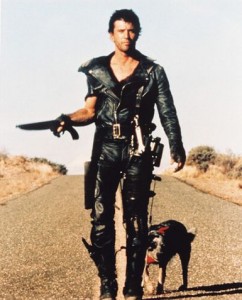 Whatever happened to the post-apocalypse genre?

You get Mad Max (1981), technically a sequel to 1979’s The Road Warrior, which gave the world Mel Gibson. You get Mad Max Beyond Thunderdome (1985), a beautifully weird classic. And then what?

Sadly, just as Star Wars spawned a bunch of B-movie imitators, none of Mad Max’s successors could approach, much less surpass, its genius. We got a bunch of preachy imitators in the 90s – Waterworld, The Postman – but nothing that echoed Mad Max’s grim existentialism and furious action.

So rather than try to top it, let’s just remake it. Hollywood executives will want to capitalize on the (hopeful) success of The Road; this is a perfect opportunity.

If peak oil not only comes true, but turns out worse than anyone predicted, America is screwed.

The cities on America’s coasts rely on the trucking industry for their food supply. If petroleum becomes prohibitively expensive, food riots and starvation will follow. And while America’s heartlands might be closer to the food, the inhabitants won’t be able to get anywhere. As the social fabric breaks down, power shuts off, groundwater starts to go bad and plagues ravage the land.

Into this mess comes Sergeant Max Rockatansky, a cop from a small town just outside Peoria, IL. He keeps showing up for work every day with a diminishing band of like-minded officers, answering to no one but their own codes of honor. They fight off looters, quarantine plague victims and defend against the occasional siege. The people of Gibson, IL don’t care what you’ve done – they just want to know if you have bullets, water or gas to trade.

When a new type of plague strikes Gibson, Rockatansky packs up his family and sets out on the road to Chicago. He evades mantraps, tends to his family’s injuries and tries to hide his fear from them. But a recurring enemy poses the biggest threat – a roving gang of bandits based out of the big city.

The first time he meets them leads to a tense staredown, but no confrontation.

The second time, they come at night. He drives them off, but at the cost of a severe wound.

The third time, they take his wife and son. 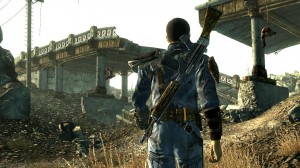 What follows is a grim chase for vengeance up the decaying remains of Route 57. Max kills bandits with the use of Molotov cocktails, homemade pipe bombs, rusty chainsaws and the occasional car crash. He leaves a terrible trail of slaughter behind him, right up to the outskirts of Chicago. A game of cat-and-mouse among the darkened skyscrapers on Lake Michigan climaxes the story.

Now tell me that doesn’t sound better than Terminator:Salvation.