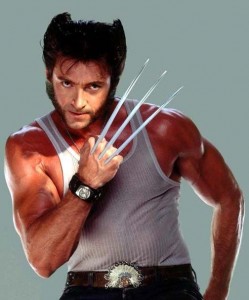 Before the first X-Men film, Wolverine was a backup dancer for Madonna.

It’s spring now in New York.  The sun is shining, the birds are singing, the swine flu is mutating…  It’s a time to be positive.  After all, as that old poem said, April is the coolest month, and May is also rad.

I feel my posts have been negative lately, and that needs to change.  First I wrote a post that said, “No more flat female characters!”  Then I said, “No more Nazi movies!”  I even went so far as to say, “No more ignoring the leap second!”

So many “nos.”  How about a “yes” for once?  So, today, when I thought I might write a post entitled, “No More Prequels!” I held back.  Instead, I bring you, “More Prequels, Please!”

And why shouldn’t there be more prequels?  Just because almost every prequel ever made has disappointed, that doesn’t mean we should write off the whole genre!  Today, I’m not going to just complain.  I’m going to be positive, a fixer!  Here are the three most common problems with prequels and how to fix them.

The Solution: The best way to avoid the “foregone conclusion” issue is to drop little bits of backstory into a sequel rather than making it the focus of an entire prequel.  However, the fact that the audience already knows who will live and who will die shouldn’t mean a prequel shouldn’t be made.  It only means it has to be made better.  Think about the Greek tragedies.  Everyone who saw Oedipus Rex knew exactly what was going to happen.  The whole play was a foregone conclusion… and one of the greatest pieces of drama of all time.  Why did it work?  A little thing called dramatic irony.  It’s why horror movies still work even though they are predictable in every way.  “Don’t go into that room!”  “Don’t split up and go into the woods!”  “Don’t have unprotected sex, teenagers!”  Suspense is achieved even though you know exactly what’s going to go down.  So, X-Men writers, when you get around to doing X-Men Origins: Nightcrawler, take a tip from Aristotle.  Torture your audience by using their own knowledge of the plot against them.

Another way to avoid the foregone conclusion problem is to include new characters that are a) likable and b) killable.  If Wolverine’s compatriots in his prequel were more interesting, audiences would care if they lived or died, boned or didn’t, and so on.  A good (and bad) example of how to use new characters in a prequel is Indiana Jones and the Temple of Doom.  ToD comes before Raiders in the timeline and is, therefore, a prequel.  We know Indy is going to live, fine.  But what about Short Round?  Short Round wasn’t in Raiders.  You watch Temple of Doom, find out that children are being enslaved and killed, and get to like this adorably racist scamp.  You might say to yourself, “I know Indy is going to live through this movie, but will Short Round?  Will Short Round?!”

You might consider Willie, too.  If you are like me, you watched Temple of Doom hoping Willie would die painfully.  I knew that Indy couldn’t end up with the girl, because he was single in Raiders.  So I kept hoping, hoping, that Willie might meet her downfall… 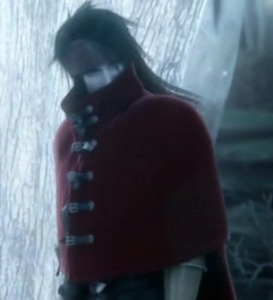 Vincent Valentine is holding out for a prequel till the end of the night.

The Problem: The characters who star in prequels tend to be chosen because they are fan favorites, but fan favorites often don’t hold up to scrutiny.  More specifically, a lot of fan favorites are beloved because they have dark and mysterious pasts.  Make a prequel and suddenly their pasts are very un-mysterious.  That’s always going to be a disappointment.  It’s even more disappointing when a character’s official prequel backstory turns out to be less interesting than one developed in the fanfic community.

The Solution: Leave the fan favorites alone.  If they are fan favorites, chances are that their fans have already made up backstories in their heads, and no prequel Hollywood makes is going to hold up in comparison.

I know what you’re thinking, Hollywood.  You’re thinking, “But Shana!  We want to milk more money out of this franchise and the story has no room left for more sequels!  We need to do a prequel!”  That’s fine, Hollywood.  You just need to focus your prequels on other characters.  Characters who might have interesting pasts but don’t spend their time being all mysterious about it are perfect for the job.

Check out this Movie Retriever article about the ten character origin stories they’d like to see.  Anton Chigurh, their top choice, from No Country for Old Men, I disagree with wholeheartedly.  He’s a super-cool loner-rebel vigilante-type character.  His past is mysterious.  And it should stay that way.  Giving away his past or, worse yet, justifying his evil deeds with some sob story past would kill the character.

But their number 3 choice, Bill from Kill Bill, is beyond perfect.  He’s a very cool character, but not the only fan favorite in the series.  We don’t know a lot about his past, but he’s not mysterious about it.  In other words, there probably hasn’t been THAT much fan speculation about his adolescence like there was with Wolverine.  And, unlike Wolverine, he’s also a fun character in his own right.  I personally think Wolverine is only a good character when placed next to the insufferably priggish Cyclops.  Bill would be cool no matter who he was next to.

Just to make things easy for Hollywood, here’s a list of popular characters with mysterious pasts who should not (or should never again) get an origin prequel:

The Problem: Most character backstories aren’t all that creative.  Oh, woe is the hero; his girlfriend died and got stuffed in a fridge!  Or he watched as his whole family was killed by the Big Baddie!  Or his memory was erased by the government after they did secret experiments on him!  And now he’s a loner-rebel badass who is too cool to follow society’s “rules” about “killing” and “maiming” others.  Now the only feelings he has are anger, hate, and vengeance.  His new hobbies include drinking and punching out helicopters. 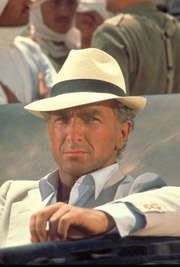 Look, Hollywood.  While overused plot points can work in small doses or mysterious flashbacks and dream sequences, a whole film’s worth of them is going to be lame.  Even with explosions.

The Solution: Why do prequels have to be about a character’s backstory, anyway?  That’s not the case with Temple of Doom, arguably the best prequel out there.  It’s just a cool story about Indiana Jones when he was a little younger.  No life-changing trauma required.  Before you yell, yes, I remember that there was some backstory in Indiana Jones and the Last Crusade, but it was good backstory because it was clever and didn’t take over the whole movie.  Young Indy didn’t watch his whole family die while his high school sweetheart was raped by Rene Belloq.  Instead he beat up a lion and got a sweet hat.  Mmm, prequelicious.

Maybe we as a culture need to rethink the idea of “backstory” altogether.  In the movies and on TV, villains become villains and heroes become heroes usually after one extremely dramatic event in their lives.  It’s a simple equation:

That’s a little simplistic for my tastes.  Think about yourself.  If a supervillain were to kill one of your loved ones before your eyes, what would you do?  If the answer is “become a badass vigilante loner-rebel hero” or “become a supervillain bent on destroying existence with a universe-annihilating machine,” please call your local shrink.  You need more help than even Overthinkingit.com can provide.

Based on my experience, real life seems to work more like this:

Now, go, screenwriters, and write those prequels!  I was thinking Gadget from Chip and Dale Rescue Rangers? Can you get on that?  Thanks.