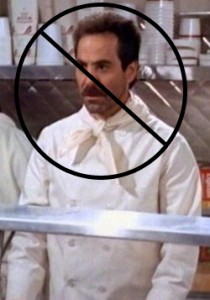 Nazis, Nazis, Nazis.  Boy, do we Americans ever love Nazis!  Okay, maybe we don’t love them love them, but we sure love watching them in the movies.  And we love rewarding them.  Play a Nazi, shoot a Nazi, be shot by a Nazi.  Oscars for you, my friends!  Oscars all around!

This year might be the year of the Nazis.  We Americans are sick of morally ambiguous wars and complicated world problems like “global warming” and “the economy.”  Give us a good black and white morality tale set in 1940s Germany!  The main character can be a lovable child, a sexy but illiterate concentration camp guard, or even Tom Cruise in an eyepatch.    I don’t care, as long as there’s Nazis!

But the reviewing establishment is getting a little sick of the Holocaust, and I can understand why.  A.O. Scott says recent movies of this sort are just rehashing clichés: emaciated, bald women in showers; evil tow-headed men speaking in clipped German tones as they toss another naked child onto the pile; a single echoing gunshot as the main character meets his doom.  “Remembering” the Holocaust the same way over and over and over, according to Scott, is just another way of forgetting, of replacing historical memory with recycled Hollywood visuals and simplistic themes.  Based on Manohla Dargis’s (rather hilarious) reviews of The Boy in the Striped Pajamas and The Reader, I think she agrees with him.

Hey, I’m nominally Jewish, and I happen to agree, too.  Enough with the Nazis already!   (But then, I was the girl in high school who read Night by Elie Wiesel and, dry-eyed, said, “So the moral is the Holocaust was bad?”  I’ve hardly read every Holocaust movie or book ever written, but Maus is the only one that said something new to me, and I recommend it wholeheartedly if you’ve never read it before.  Otherwise, I can take or leave the genre.)

So we’ll do away with Nazi movies.  Fine.  But what A.O. Scott’s article fails to answer is what we’ll replace them with.  Lucky for you, I have some ideas.

I disagree slightly with A.O. Scott’s article.  Nazi movies aren’t all alike.  Producers of such films have different goals and want to express various themes.  Yes, I happen to think the implicit moral of most Holocaust movies is “Dur, the Holocaust was bad!” but I’ll admit their makers probably had different ideas in mind.

Anyway, if we want to replace Nazi movies, we need to figure out why they were made and what other kinds of movies can fill each niche.  Below, I’ll list sub-genres by theme, point out some examples, explain why we enjoy that kind of film and why we maybe shouldn’t, and try to figure out what other movies can fill the gap when after Hollywood makes the Fuhrer go kaput. 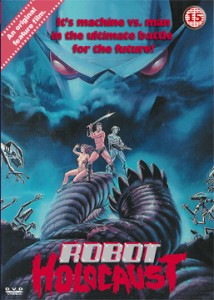 Examples: The Pianist, The Counterfeiters

Why we like ‘em: I guess for the same reason we like post-apocalyptic movies.  It’s nice to see good people survive horrible things.  Maybe it’s comforting to think we would, too.  I remember reading The Diary of Anne Frank and Numbering the Stars in elementary school (my hometown is very Jewish) and thinking, you’d survive that.  Yeah, suuuuure you would, ten-year-old Shana.  Sure you would.

Why maybe we shouldn’t like ‘em: Of course, there’s always the accidental moral that those who didn’t survive the Holocaust just weren’t awesome enough… 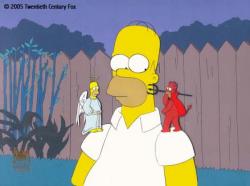 Why we like ‘em: These movies can actually be interesting if they actually pose real moral questions.  “Is a concentration camp guard still guilty if he was forced to do it under penalty of death?”  “Is it okay for a camp prisoner to steal food from a prisoner who’s going to die of illness, anyway?”  “What’s your choice, Sophie?”  Interesting questions, all.

Why maybe we shouldn’t like ‘em: Sometimes they don’t ask the hard questions.  I’m going to get in trouble for criticizing Schindler’s List even a little, but, really, was there anything challenging about that film at all?  Inspiring, yes.  Complex, not so much. 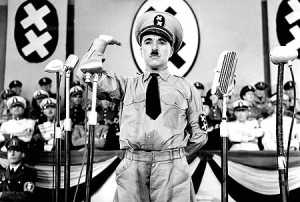 Why we like ‘em: It is nice to enjoy life during hard times.  Plus, I get to feel good about myself for watching a Holocaust movie and laugh at hilarious jokes at the same time.

Why maybe we shouldn’t like ‘em: One the one hand, I do think there must have been some humor in Nazi Germany.  It’s not like a whole country can turn off its funny bone for so many years.  On the other hand, these movies can be unrealistic.  I mean, wouldn’t you expect Roberto Benigni to be shot in the first five minutes of the film? 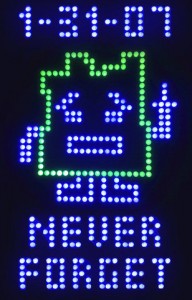 Examples: Every Holocaust movie ever made

Why we like ‘em: Because once we figure out the moral of the movie, we don’t have to even do anything!  Never forget?  ‘Course I won’t.  I just watched a Holocaust movie!

Why maybe we shouldn’t like ‘em: Read A.O. Scott’s article.

Replace ‘em with: Movies about holocausts we Americans actually have forgotten about: the Armenian genocide, the genocides in Africa, the killing fields, the disappearances in South America, the genocide of the Bajorans by the Cardassians, etc, etc, etc… 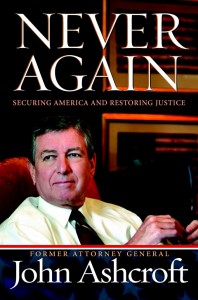 Examples: Every Holocaust movie ever made

Why we like ‘em: It’s fun to think that watching a movie can allow me to wash my hands clean of the genocides and human rights violations happening today under the U.S.’s watch.  Never again?  ‘Course it won’t happen again.  I’m watching a Holocaust movie!

Why maybe we shouldn’t like ‘em: The genocides and human rights violations happening today under the U.S.’s watch.  Oh, I get it now.  We meant “never again” in Europe.  My bad.

Also, “never again” is really easy to say but less easy to enforce.    What are you going to do to stop genocides and human rights violations?  You gonna declare war on every dictator in the world?  Tell me how that goes when you’re done.  (Long story short: Holocaust movies don’t usually acknowledge the complicated, real world trade-offs that “never again” entails.)

Replace ‘em with: I was going to say movies about the genocides and human rights violations happening today under the U.S.’s watch, but that might get Hollywood into trouble.  I know; controversy is hard.  Fine.  Then how ‘bout more sci-fi?  Dystopias are great at getting at the same ideas, plus you can have robots!  It’s like they say in Terminator: The Sarah Connor Chronicles.  Judgment Day: Never Again. 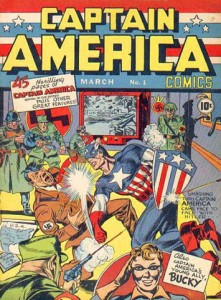 Thematic sub-genre: Wars are good when they involve killing Nazis!

Examples: Almost every WWII movie ever made; this year, Defiance and Valkyrie

Why we like ‘em: It’s fun to think about WWII as “the good war.”  Referring to Hitler makes it easier to justify current wars.  Uh oh.  I think I just double-Godwinned.  Sorry about that.

Why maybe we shouldn’t like ‘em: Referring to Hitler makes it easier to justify current wars.  Godwinned again, bitches!

Replace ‘em with: World War I movies.  You lose the knee-jerk “grr, Nazis!” reaction, but, on a positive note, you can still see Americans killing Germans! 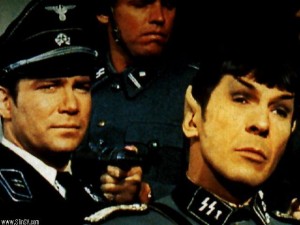 Thematic sub-genre: Anyone is good when they’re killing Nazis!

Why maybe we shouldn’t like ‘em: Having Nazis as pulp villains used to be cool, but isn’t it a little passe by now?  I love that TV shows are bringing back Russian bad guys; let’s do that.  Evil Redcoats aren’t as fun ‘cause they’re more foppish than dastardly, and I know we can’t do over-the-top Chinese villains ‘cause that’s racist.  Evil Napoleanites?  Evil Italian/Spanish fascists?  Evil Eastern Europeans?

Who am I kidding?  When you need a villain, no one beats a good Nazi.  I guess they’re here to stay…

*Disclaimer: This post has been written with earony.  (See this post’s comments for details.)  If anything in this post offended you, bear in mind that it was not meant to be taken seriously.  Or it was.  I don’t even know anymore.

30 Comments on “No More Nazi Movies!”