[Today, we step into the Think Tank, our steel cage match of ideas and friendly one-upsmanshp, to consider what is the best logo in the world. Read carefully all the entries and vote for your favorite at the end.]

The Red Cross has the superior logo, out of everything in the world that does currently or could ever possibly use a logo, for the following reasons. 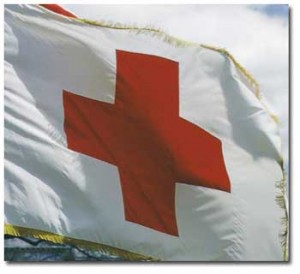 It Is What It Says It Is
Every other corporate or institutional logo hinges on some advanced symbology and semiotics to convey a particular meaning. The cursive in the Coca-Cola logo invokes nostalgia, classical traditions and an old-timey mystique. The multicolored serifs of the Google logo call up the playful simplicity of the peak of the dot-com boom.

These symbolic effects are powerful, certainly, but they take a certain amount of reaction time. The brain has to connect symbol to signifier to signified to referent. It can do this very quickly – but not instantly.

No such connection is needed with the Red Cross. The logo for the International Red Cross is a red cross. That’s what it is. There is no way you can mistake that for something else. You might think Coca-Cola is some guy’s signature, and that Google is a nonsense name made by five-year-olds, but nobody ever makes that mistake with the Red Cross. Because their logo is a cross that’s red.

It Appears Everywhere
Let’s say a friend invites you over to his house to play a few hours of some hot new first-person shooter video game on the XBox 360. You pick up the controls, fumble your way through a brief tutorial, then start shooting some bad guys. All of a sudden – whoa! Giant alien blasts through the wall next to you! The screen starts flashing, the controller starts vibrating. You’re in trouble!

What do you do? Ask your friend for help? Of course not. You’re a male between the ages of 18 and 45 (I said you were going to a friend’s house to play an FPS, right?) – you don’t ask other human beings for help!

Besides, you don’t need help. Even though this video game is completely new to you and it could be set anywhere—a German prison during the second World War, a Martian research laboratory, an urban fortress surrounded by zombies—you know exactly what you need: a health pack. 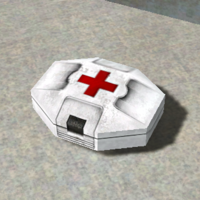 The logo for the International Red Cross has become the universally acknowledged symbol for “healing goodies.” People who couldn’t tell you when the next blood drive is or how to perform CPR know that the White Box with the Red Cross on it contains the Stuff That Keeps You From Dying So Much.

It’s The F#$%ing Red Cross, People
I don’t know if “importance of the organization being represented” is a valid metric for Best Logo. But if it is, I’d like you to consider the following:

Which is most important?

(A) Being able to quickly and accurately identify a source of Coca-Cola when craving a caramelized, caffeinated beverage?

(B) Being able to quickly and accurately identify an Apple product when looking to organize documents, play back digital media, or examine hypertext via networked computers?; or

(C) Being able to quickly and accurately identify the Red Cross tent when carrying your six-year-old child, his veins a fiery red from the blood infection he got while stumbling through knee-high sewage runoff after the levees north of your thirty-thousand dollar home broke, leaving you at the mercy of looting mobs and corrupt cops? 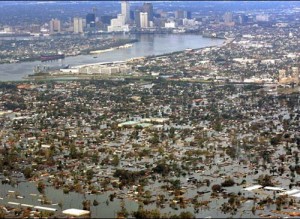 7 Comments on “The Best Logo In The World [Think Tank]”