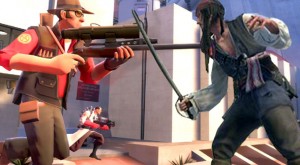 We’ve just entered a new era, dear readers.  The days of “pirate versus ninja” arguments are over.  It is a new dawn.  This week, the stealthy, over-serious killing machine known as the ninja has been replaced.

Replaced by the stealthy, over-serious killing machine known as the sniper.

If you don’t watch the news (and who would blame you?  Current events are LAME), you might not be aware that last week, four Somali pirates took an American hostage.  Real pirates!  I know, awesome, right?  But it gets better.  Three of the four pirates were killed—get this—by a freakin’ sniper.

Hollywood, if you are not on this, you need to get on this.  Right.  Now.  You already reminded us (well, more specifically, Johnny Depp–who I just saw filming The Rum Diary down in San Juan!!1!!1!– reminded us) how awesome pirates are.  Now you need to get some freaking snipers in there, Hollywood!  It’ll be like Alien vs. Predator, only AWESOMER.

The only question is, when pitted against each other, who would win in a pirate versus sniper showdown?  Sure, the sniper won this week in real life, but who would win in the movies?  Well, it depends on what kind of movie it is… 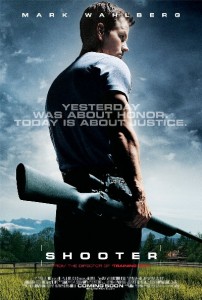 Professionals have standards. Be polite. Be efficient. Plan to kill everyone you meet.

Question: If the filmic battle between pirate and sniper is determined solely on skill, who wins?

Sniper pros: As all media have shown us, snipers are badass.  Other professionals can have good days and off days.  Other professions can have competents and incompetents.  Not sniping.  Snipers in the movies always hit their targets.  Always.  Ever the consummate professionals, snipers sit silent and alone in the cold for days on end waiting to get the perfect shot.  And they always get it—right in the head.

Snipers cons: Snipers are like ninja in that they prefer stealth to power, which means there’s usually only one sniper on hand per movie.  Unlike ninja, however, snipers do not abide by any physics-defying rules that the fewer snipers there are, the better they aim.  While science has proved* that one ninja is invincible, a single sniper is sadly, uh, vincible.

Pirate pros: Pirates have some mad skills.  Obviously they have excellent cutlass skills.  They can slide down sails with knives, even though this has been proven impossible.  And, of course, they can run on water to escape hungry crocodiles.

But the biggest pro is that pirates come is large numbers.  I’ve never heard of a movie with only one pirate in it.  This week’s hostage situation has shown definitively that the absolute minimum number of pirates is four, and those pirates turned out to be less effective than they had hoped.  That is probably why most films have at least fifty pirates on hand, ready to overwhelm their opponents and frighten them with aggressive “yaaar” sounds.

Pirate cons: Though I’ve never actually seen such a fight, I must assume a cutlass would not beat a sniper rifle.

Winner: Depends on how many pirates there are.  If there are fifty pirates—and there usually are—the pirates will probably win.  But the sniper will probably kill at least ten or twenty of them before they can get him.

Challenge 2: The Battle of Wits 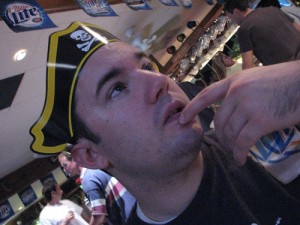 Question: Wars aren’t only about pure force.  If the battle is to be determined based on tactics and strategy, who wins?

Sniper pros: If that movie about the phone booth is any indication, snipers are pretty clever bastards.  And they have to be.  Snipers don’t just point and click to kill their targets.  They have to figure out where to perch to get the best shot.  Snipers, being loners, also have a lot of free time to come up with mind games to play with their opponents.  Pirates usually spend their free time engaging in other activities.

Sniper cons: Sometimes snipers spend so much time looking through their scopes that they miss the spy coming to stab them from behind.  That is unintelligent.

Pirate cons: Pirates seem to be drunk a lot.  The ones who aren’t drunk seem a bit, um, silly.  On a positive note, however, some pirates are so silly and inept that they can never die.

Winner: Snipers are clearly the smarter of the two, but does that necessarily mean they’d win in a battle of the wits?  While the sniper is busy playing mind games and hide-and-go-seek, the pirates might just get drunk and light the whole place on fire.  In other words, logic may not defeat opponents who are totally illogical.  A toss up, though I lean towards a sniper win. 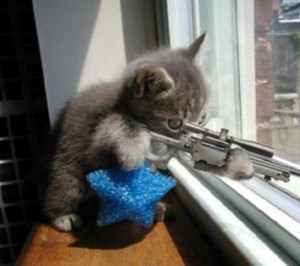 Question: In movies, the winner is usually the character the audience identifies with.  Like on CNN this week, the sniper won because he’s American and Americans are always the good guys.  In a battle of likability, who would win?

Sniper cons: Snipers in movies tend to be antisocial loners.  They are obsessed with their work (“it’s not work; it’s an art”) and thus don’t have any other real hobbies.  They either have no sense of humor, or their humor is too bleak to be enjoyed by anyone outside of their profession.  Snipers in multiplayer video games tend to be dicks. 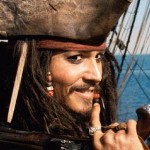 "Welcome to the Gulf of Aden, luv."

Yeah, I’m pretty sure pirates are supposed to be likable.  I assume this is because of the insane influence of Treasure Island, the book with the moral, “Robert Louis Stevenson has a boner for pirates.”  Since then, pirates have gotten decidedly goofier, making them even more lovable.

Oh, and remember how I said in my last post on likability that having a pet (especially a dog) ups a character’s likability factor?  Well, the pirates gots the parrots.  Yes, parrots can be annoying, true, but, for the most part, they make pirates more human than a sniper could ever be.

Pirate cons: Let’s ignore the fact that real pirates are, in fact, really scary, and focus on the fact that pirates are sometimes portrayed as ugly.  They have scars, eye patches where eyes should be, peg legs, hooks.  Some even have rotten teeth, which is just unacceptable.  If Hollywood decided to fill a whole movie with ugly pirates, they would have to be the bad guys.  No way around it.

Winner: On average, pirates are just more lovable than snipers.  That can change, of course, but, for the moment, pirates win the day.  Yaaaar.

Conclusions: Although it’s unclear who would win in a filmic battle of sniper versus pirates, this much we know: whoever wins, we lose.

One Comment on “Pirates vs. Snipers: A New Epic Battle Begins”