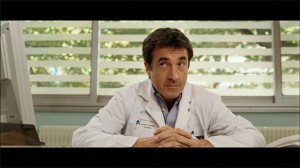 This week, I had the pleasure of watching Tell No One, last year’s extremely taut French thriller.  It’s a movie Hitchcock would have had a field day directing.  There’s a likable protagonist who may as well be Jimmy Stewart even though he looks eerily like Dustin Hoffman.  His wife has died—but he thinks she’s alive.  And the cops think he killed her.  So here we already have the plots of Vertigo, The 39 Steps, The Wrong Man, and North By Northwest squashed together.  And The Fugitive, of course, though Hitchcock didn’t make that one.

Did I mention the protagonist is likable?  Because he is.  And it got me thinking, how do characters become so likable so quickly?  I have some ideas.  Read on, and you, too, will be likable… assuming you live in a movie.

Why is it that whenever I see a movie about a man on the run from the law, I automatically assume he’s innocent?  Is it because, as a member of the audience, I am following this character, am in his head, and I don’t want to be guilty by association?  Is it because these characters are usually played by charismatic actors like Jimmy Stewart, Cary Grant, Henry Fonda, and Harrison Ford?  Am I just one of those people who sees the good in others no matter what?  (Spoiler alert: I’m not.)

Whatever the reason, not only do I find it impossible to distrust the main characters in these “wrong man” plots, but I also let them get away with the various crimes they commit in order to extricate themselves from their original predicament.  In Tell No One, the protagonist, Alex, must uncover the truth about his wife’s supposed death to clear his own name.  But as he tries to clear his own name, he 1) evades arrest, 2) punches a out a guy, and 3) causes a massive car accident on the highway, 4) destroys a street fair stand, and 5) kicks an innocent rat in the face.  In The Fugitive, Dr. Kimble escapes from prison, breaks into buildings, steals important documents and even an ambulance.  In Burn Notice, Michael Weston steals cars, causes large amounts of property damage, and indirectly causes criminals’ deaths each week, just to learn why he was unjustly “burned.”

I’ll go even further.  I’d bet if I saw a “wrong man” movie, I’d allow the wrong man to murder anyone who got in his way.  And I’d still like him.

What is wrong with me?

(Important disclaimer: This may not work in real life.  In real life, if you are accused of killing your wife, you probably did it.  If you are falsely accused, chances are you will go to jail and people will not like you.  If you try to evade arrest, you will probably get in trouble even if you are innocent.  Sorry.)

More ways to be likable below…

The excellent (and addictive) website, TVTropes, calls any moment in which a character does something to make himself more Likable to the audience a “Pet the Dog” moment.  It doesn’t have to literally involve a dog or petting.  For instance, Dr. Kimble’s act of saving a little boy’s life in The Fugitive shows us he’s a nice guy.  In Tell No One, Alex, a pediatrician, pets the dog by patiently teaching a toddler the difference between green and blue.

But sometimes—often—characters become likable because they literally pet a dog.  Preferably their own dog.  Their own adorable dog.  Because no villain would ever own or be nice to a dog.  Villains aren’t only criminal; they’re mean old doody heads who hate puppies and rainbows and butterflies.

However!  If you want to be a likable character, you need to be very careful about what kind of dog you get.  If you get a dog that is too small, you will be seen as gay or a psycho or both.  Especially if you name the dog “Precious” or something.  Villains can also own big dogs like dobermans or rottweilers, but they’re usually not nice to them.  They, like Mr. Burns, will treat the dogs harshly so they’ll be nasty to the hero.  Unless they’re Nazis.  Then they can treat the dogs well, but only by feeding them human flesh.

No, like Alex of Tell No One, you’ll want a medium to large dog so you’re masculine, but with a cute enough face that women will love you.  This is the reason Barack Obama spent so much time picking a dog breed and the reason why he eventually settled on a Portuguese Water Dog.  Don’t let him fool you.  His daughter’s supposed “pet allergy” is just another one of his socialist lies.

By the way, don’t think you can substitute another animal for a dog.  Cats are for classy villains like Bond baddies or the Godfather.  Birds are for weirdos (see Psycho for details).  Monkeys are too tricky and will sometimes sell your girlfriend out to the Nazis.  You have to be very careful with monkeys. 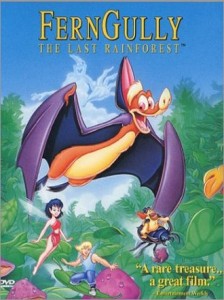 You know Tim Curry is evil because he hates the environment.

Bad guys don’t care about the environment.  It’s true.  The big villains want to destroy the world—which is usually bad for the environment—and the smaller time crooks litter.

Example.  In Tell No One, the police are after Alex for a crime he didn’t commit.  In the middle of the film, two cops are in Alex’s house, looking for evidence.  Up until this point, I disliked the cops, because they were nasty to Alex and didn’t believe him when he said he was innocent.  Why shouldn’t they believe him?  He’s the protagonist.  Obviously he didn’t do it!  Damn cops…

But then an amazing thing happens.  One of the cops throws a plastic bag in Alex’s garbage can.  His boss—wait for it—takes the bag out of the garbage, and, giving his underling a sardonic look, puts it in the recycling bin.

My first inclination was to chuckle.  Haha, the cop is recycling.  What a silly thing to do in the middle of a murder mystery!

Then I thought to myself, “Holy shit.  This movie has decided I’m going to like boss cop.  Up until now, he’s been an antagonist.  I guarantee now that he’s recycled something, he will be a Good Guy.”

And, lo and behold, not five seconds later, Boss Cop says, “You know, I think Alex is innocent.  No one else believes me, but I’m going to help him and prove his innocence.”  Suddenly Boss Cop is no longer antagonist but a secondary protagonist!  And a likable one!  All because he had the urge to pluck a plastic bag out of the garbage and recycle it.

If you aren’t the “wrong man” in the wrong man plot, you won’t be able to get away with as much as you’d like.  Don’t worry too much, though.  If you really want to off someone, just make sure that someone is a child rapist.  Then you can kill the person without losing your likability.  You probably won’t go to jail, either.

You need to be careful, though, would-be vigilante killer.  First, you need to be sure the guy (it’s always a guy) is a rapist.  A plain old murderer will not do.  Second, you need to be sure the guy is CHILD rapist.  Regular rapists fall in a gray area, but child rapists in the movies automatically give you a get out of jail free card.  I suppose you can get away with killing a rapist who commits incest, but it’d be better if the rapist was committing incest with a child.  (Incidentally, if the incestuous child rapist gets away with it, chances are you are not in a regular thriller but a film noir.  Then you’re in trouble.)  Likewise, you MAY be able to get away with killing a dog rapist, but you will DEFINITELY be allowed to kill a puppy rapist.  Just bear that in mind. 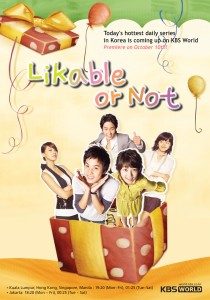 Actually, I don't know if this Korean TV do-rama is likable or not.

There are many other ways to be a likable character.  I’ve only just scratched the surface with this example of Tell No One.

Oh, and I almost left out the most important rule!

It almost goes without saying.  Double points if you look good naked.

Now go out there, friends, and be likable!  Or is it likeable?  Stupid English language…  So unlikable…

Or read more from… Movies, how to, Jimmy Stewart is always the good guy, Labradoodles, likability, Portuguese Water Dogs, tell no one, thrillers

12 Comments on “How to Be Likable”