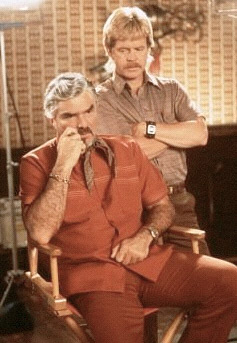 The greatest fictional adult film director of all time, Jack Horner, had a dream: he wanted to make a real film. He wanted people to care about his characters and his story. Then, VHS came along and ruined the industry forever. By the end of Boogie Nights, Jack’s movies were stripped (ha ha) down to their most elemental form – people having sex in his hot tub, shot on a video camera in one take. It’s a minor tragedy, but it still feels sad.

So I guess that makes Ari Joone the Man of La Mancha. 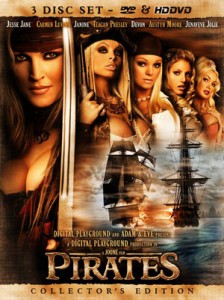 Insert your own booty joke here.

That is a lie. I saw Pirates last weekend, when I gave it to a friend as part of a bachelor party. It’s sort of a spoof/ripoff of Pirates of the Caribbean, and it’s pretty damn bad. The “lavish” special effects look like a video game from five years ago. Ditto the epic sea battles, which last two minutes tops. And the swordplay isn’t anything you can’t see in a high school production of Romeo and Juliet. By the standards of mainstream film and television, Pirates is weak sauce indeed. But there’s no denying Pirates is a big step above most porn (um, I’m told), and investing in quality seems to have paid off. According to adult film news site Fleshbot:

When you consider that adult DVDs regularly sell for $50 or more, Pirates pulled in some serious doubloons. But that was just small potatoes compared with Pirates 2: Stagnetti’s Revenge, which was released last fall.

3 Comments on “The Adult Film Industry Rediscovers Its Balls”