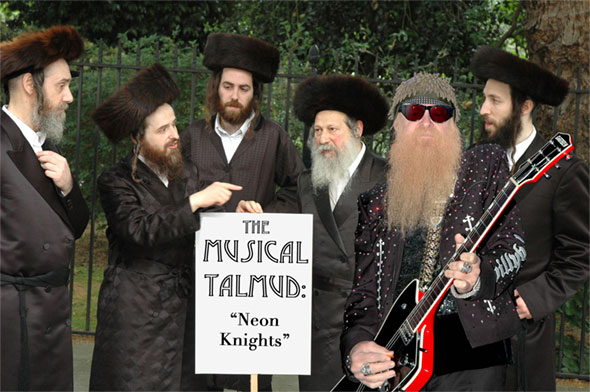 [The “Musical Talmud” is our ongoing series that finds the true meaning behind pop music lyrics. See also Part 1, “Don’t Stop Believing,” Part 2, “The KKK Took My Baby Away,” Part 3, “I Want It That Way,” Part 4, “Chinese Democracy,” and Part 5 “Happy Xmas (War is Over).”]

Oh no, here it comes again
Cant remember when we came so close to love before
Hold on, good things never last
Nothings in the past, it always seems to come again
Again and again and again

Looking at these lyrics, it is tempting to infer that they are lifted straight from one of the 80s many monster ballads, or really any other romantic pop song.  The sentiments are grand, the word choice is general, and love is mentioned in the second line, for chrissakes.   However, this inference couldn’t be too much further from the truth- these lyrics are the opening line of “Neon Knights”, the lead track on Heaven and Hell, Black Sabbath’s first album after replacing Ozzy Osbourne with Ronnie James Dio in the late 70s.  For those of you unfamiliar with Mr. Dio’s body of work, let’s just say he’s known for being heavy on the “Monster” and rather light on the “Ballad”.  Here he is performing “Neon Knights” with Sabbath back in the 80s:

Based on the title,  first verse, and one viewing of the video, it is tempting to dismiss “Neon Knights” as just another example of the excesses the dungeons and dragons wing of 1980s Heavy Metal.  After all, Dio is the singer who Tenacious D idolizes/lampoons as the patron saint of singing songs about wildebeests and angels and soaring on the wings of a demon.    However, if you stick with me after the jump, and I’ll show how Ronnie James Dio succeeds in transforming a four minute metal song into a treatise on the nature of social order.

Cry out to legions of the brave
Time again to save us from the jackals of the street
Ride out, protectors of the realm
Captains at the helm, sail across the sea of lights

Now, this is what I’m talking about!  Brave legions!  Jackals! Realms! Seas of lights!  But what does it all mean?

At first, I really wanted this song to be about space pirates battling feral dogs riding jetpacks, but after taking of my “awesome pants” and pulling my “Political Scientist stocking” over my head, I’m inclined to say that it is about urban decay.  Not gritty, hyper-realistic best-show-ever urban decay, but the type of highly stylized, impressionistic, nocturnal urban decay that is evoked in films like The Warriors and songs like Springsteen’s “Jungleland”.   In this setting of an urban night-scape lit only by Exxon signs and scatterd streetlamps, Dio pits a band of brave vigilates against less savory predators.

And yet, what does all of this have to do with the love that is evoked in the opening lines of the song? Perhaps our heroes are going to save a woman who is getting harangued by pickpockets or rescue their little brothers and sisters from a burning building.

Circles and rings, dragons and kings
Weaving a charm and a spell
Blessed by the night, holy and bright
Called by the toll of the bell 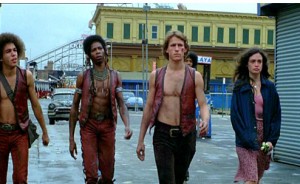 The vests seemed a lot more intimidating when the only light source was neon.

Not so much.  Instead of directly linking the first and second parts of the verse, Dio abruptly moves to a pre-chorus, abandoning the urban setting established in the prior section, instead turning exclusively to historical imagery and symbolism.   However, this juxtaposition of urban gangs with the world of medieval knights highlights something important about the relationship between violence and order.  Just as the myriad representations of urban gangs in film, television, and music challenge the notion that even a state as developed as the United States has a monopoly over the legitimate use of violence, recent research on the politics of early modern Europe has dismantled the conventional wisdom that the authority wielded by medieval kings was centralized and absolute.  In both settings, violence is/was wielded by a variety of non-state specialists in violence- individuals or organizations that are experts in the use of coercive force for both productive and exploitative purposes.

In addition, the evocation of tropes associated with Medieval literature provides some insight into the meaning of love, as it is used in the opening lines of the song.  In particular, reading the mention of love in the first section alongside a prechorus that is filled with dragons, kings, charms, and spells evokes the norms of courtly love that formed the heart of much of the imaginative writing of early modern Europe.   Again, recent research by historians can help us to make sense of these ideas,  showing that during the High Middle Ages,  romantic virtue and the valorization of violence were hardly contradictory, but rather that both jointly constituted the ethos that formed the heart of the chivalric code.  In the context of fragmentation of violent force in the hands of numerous “specialists in violence” that were not strictly answerable to a central political authority, transforming these thugs into “protectors of the realm” relied primarily on a web of norms and ideals of appropriate social conduct that linked the political, military, religious, and domestic spheres of medieval society.

The second pre-chorus brings us forcefully back to the contemporary urban setting, focusing again on the “brave protectors” introduced in the second half of the first verse.  However, the contradictory ways they are described in this section– as “bloodied angels” and “phantom figures” who are “shining ever-bright”– brings their dual nature to the fore.  They are violent, yet legitimate; ruthless yet restrained.  Just as the chivalric code limited the excesses of their medieval counterparts, these urban crusaders are compelled to reign in their violence by some higher calling.

But who are they? And what drives them to do what they do? Tell us, Ronnie James, just who are these legions of brave bloodied phantom protector angels, shining ever bright? 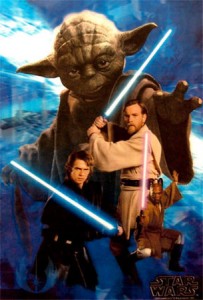 If you didn’t have the benefit of a looking directly at a lyrics sheet (or tracklisting), it would be quite difficult to discern whether Dio is singing: “Neon Knights,” “Neo-Knights,” or “Neon Nights.”  Rather than being the result of sloppy enunciation, this double homophony serves to directly link the idea of chivalric violence to the particular problems of public order in contemporary cities- things really go to hell when the sun goes down and the sidewalks empty out, leaving only predators and potential vicitims.  As a result, all three interpretations of the title and chorus are not only valid,  but together, they all pithily answer the key questions of “who,” “where,” and “when”.

But why?  Here we are halfway through the song,  finally able to identify and tie together the ideas of love, chivalric valor, and stylized urban violence.   Surely in the second verse, Dio will make everything clear, tying all of these disparate themes together into a nice coherent package, and explaining why our heroes risk life and limb to protect the innocent.

Hmm, well I guess they’re entitled to rock out a bit. I mean, they are Black Sabbath, after all. I’m sure Dio will get back into the exposition and tie up all of the loose ends right after Iommi is done soloing.

Cry out to legions of the brave
Time again to save us from the jackals of the street
Ride out, protectors of the realm
Captains at the helm, sail across the sea of lights
Again and again, again and again and again

<Iommi continues to solo, while the band repeats the main riff into a fade-out>

Or maybe not- it looks like this is all we’re going to get.  This verse has no new exposition, just a repetition of the second part of the first verse, with the last line of the opening section  and a repeat of the chorus tacked on to the end.  However, hearing/reading this verse section again through the lens of the themes introduced in the pre-chorus and chorus places new emphasis on the valorization of vigilante violence.   The second time around, the emphasis on “captains at the helm” seems less to be a nautical digression than a reference to the controlled, organized nature of vigilante activity (as opposed to brutal mob justice). The repetition also changes the meaning of the “All right” following “Neon Knights”. Rather than being a meaningless vocalization, it becomes an affirmation, saying “It is okay that you take the law into your own hand, as long as you are virtuous and restrained.” In addition, the repetition of the “again and again” line serves to highlight the direct connection between the neon knights and their metallic medieval counterparts.  Even as the enemies and the terrain change, the imperative to marshal resistance to predation and exploitation remains universal across time. 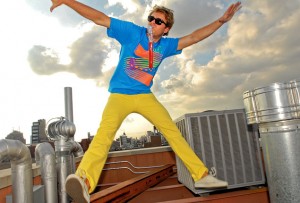 Where have all the Neon Knights gone?

So a close reading of “Neon Knights” reveals that it is, at its core, a call to arms of a virtuous band of urban warriors.  How relevant is this vision, nearly 30 years after the song was written?  The widespread pop cultural impact of The Dark Knight and Watchmen indicates that we are still strongly drawn to vigilante narratives.  Yet, the type of restrained, unambiguously good vigilantism protrayed in “Neon Knights” is relatively absent from both of these films (and the graphic novels on which they are based).   In particular, the film version of Watchmen showcases a world in which vigilantes have become disembedded from society; although the forcefully retired crimefighters still possess substantial means to inflict violence, they have been unable to change their social purpose to remain legitimate in the face of the social and cultural changes depicted in the opening “Times They Are A Changin'” montage.  At the same time both TDK and Watchmen indicate that even heroes with the best intentions cannot necessarily credibly commit themselves to furthering the greater good in all instances.   As Madison famously noted, men are not angels (bloodied or otherwise), meaning that we may need institutions, not just valor, to ensure that our specialists in violence behave themselves.