[The “Musical Talmud” is our ongoing series that finds the true meaning behind pop music lyrics. See also Part 1, “Don’t Stop Believing,” Part 2, “The KKK Took My Baby Away,” and Part 3, “I Want It That Way.”] 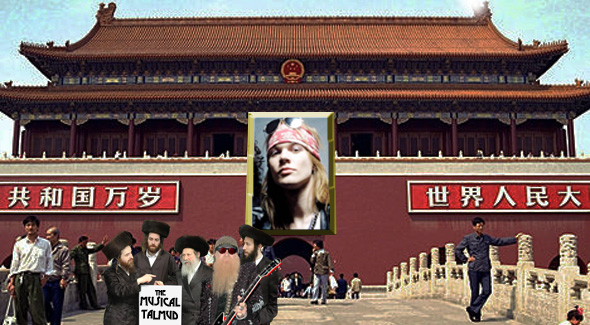 On January 1, 2001, when Axl debuted the song at a live concert, he specifically cited Chinese political oppression as the inspiration for this song, so it’s a safe bet that Axl didn’t intend for “Chinese Democracy” to be a coded reference to something unrelated. With that in mind, let’s see what geopolitical insights Axl has to offer.

First, some historical context. Axl revealed the song “Chinese Democracy” in 2001, but the album title Chinese Democracy dates back to 1999. Going back even further, Axl began working on songs for the album as early as 1994, before the original GNR lineup disbanded. So it’s conceivable that Axl was working on the song “Chinese Democracy” anytime between 1994 and 2001. What happened during those years? Quite a lot, but a couple of highlights include the founding (and banning) of the China Democracy Party in 1998 and the crackdown on the Falun Gong religious movement in 1999. Meanwhile, in the mid-late 1990’s, Sino-American relations were on the mend after the 1989 Tiananmen Square crackdown, culminating with President Clinton’s visit to China in 1998. Trade between the countries was exploding during the period, and by 2000, the US government made permanent China’s Most Favored Nation status as a trading partner.

This tension between warming Sino-American relations and the continuing human rights abuses in China serves as the backdrop for “Chinese Democracy.” With that established, let’s get into the meat of the lyrics.

Pronouns are important–trust me on this–so let’s go ahead and extrapolate those undefined antecedents.  “You” refers to the US and other Western countries who are choosing to ignore or “leave to somebody else” China’s record of human rights abuses (the “it” and “this thing”). In other words, human rights abuses don’t matter. Only further trade and wealth creation does. 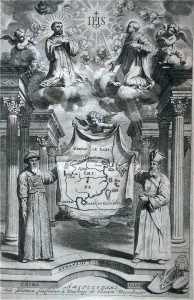 The history of Christianity in China is too much to get into here, but it’s well known that in the 19th and 20th centuries, missionaries played a powerful role in the Westernization of China. But Axl also paradoxically refers to them as “real-time visionaries.” If something is “real time,” then it’s in the moment in which something is occurring, but a “visionary” is someone with keen foresight into the future. Someone who unknowingly sees the future simply by witnessing the present? That would be our missionary friends, who oversaw a period of westernization of China that would return in a different form years later with Deng Xiaoping’s economic liberalization policies.

This first iteration of Westernization (imperialism and Christianity imposed from the outside) became the second wave (capitalism, mostly imposed from within, but inspired by the West) by sitting in a “Chinese stew.” This method, also called “red cooking,” involves stewing meat over a long period of time in a red liquid. In other words, the special sauce of Chinese communism.

That leaves Axl’s “disinfatuation” (assuming Axl is the “my”). Disinfatuation implies that previously, he was infatuated with China, but now feels differently. We’ll come back to this in a moment.

Axl continues in the first person, but now it appears that he’s singing from the point of view of a westerner who was a former “classic case” of infatuation or enchantment with communist China. Like the Westernization of China, this too came in two waves. The first was the spread of the Cult of Mao to the West, where radicals latched on to the idea of the revolutionary leader who was bringing social justice to his long-suffering people. The revelation of the horrors of the Cultural Revolution have pretty much put to rest this sort of admiration; now, the West admires China’s spectacular economic growth after the institution of Deng’s economic reforms. 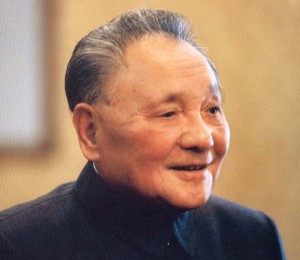 Are you still with me? Yes? Congratulations. Let’s stop halfway for a brief recap. In the first three verses, Axl has lain out the evolution of modern China’s relationship with the US and the West. The initial seeds of Westernization were planted with Chinese missionaries, and after decades of stewing, has re-emerged in the form of Western-style market capitalization. Westerners, meanwhile, have become infatuated with this new China and are ignoring its human rights abuses to keep the wheels of commerce moving. Axl’s narrator, however, has seen past all of this and now sees the true nature of China; he cannot ignore the abuses going on in plain sight.