Oh, the Ramones, those sages of rock.  No subject is too lofty nor banal for their insightful commentary, be it existential angst (“Now I Wanna Sniff Some Glue”) or preemptive warfare (“Blitzkrieg Bop”).  The Ramones’ catalog alone occupies multiple volumes of the Musical Talmud, but I’m going to choose one exceptional example for discussion here on this blog: “The KKK Took My Baby Away.” 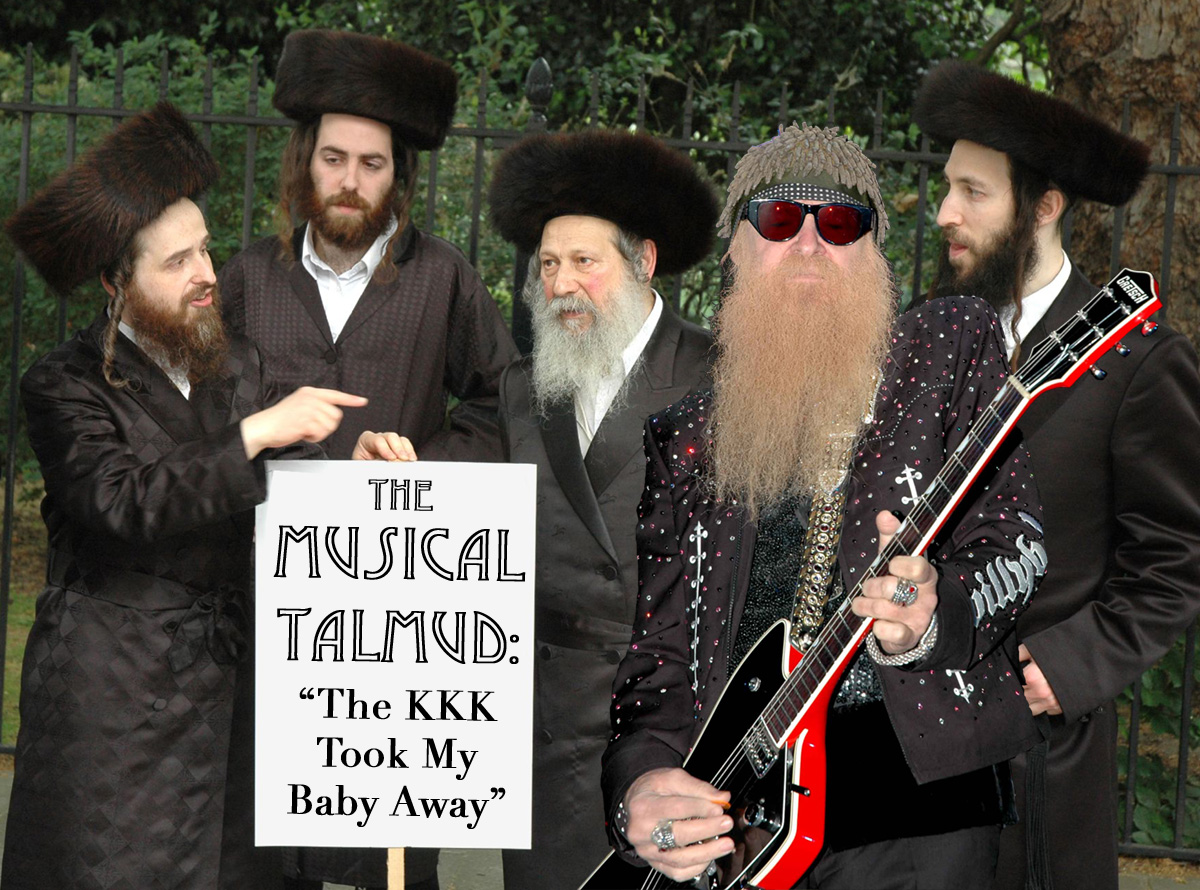 Many speculate that this song was written by lead singer Joey Ramone after guitarist Johnny Ramone started dating Joey’s ex-girlfriend.  Johnny is referred to in the song as the KKK due to his conservative political views. Others, however, claim that the song was written before the founding of the band (thank you, Wikipedia).  All we know for certain is that Joey Ramone has the sole songwriting credit. Given the uncertain nature of its meaning, I think it’s time to set the record straight here in the Musical Talmud.

The first verse gives the back story on the narrator’s love interest:

Which “holidays” did she go to LA for?  Typically, “the holidays” refers to Christmas and New Years, but can also mean Thanksgiving (example: the 1995 movie “Home For The Holidays“). However, “the holidays” is also used as the politically correct way to refer to Christmas and Hannukah, and it so happens that Joey Ramone was the only Jewish Ramone. Therefore, there is a reasonable chance that the narrator’ love interest in this song is also Jewish. The significance of this is made clear in the chorus:

Many forget the KKK’s antipathy against pretty much everyone not white and not Protestant. In the 1960’s, as the Ku Klux Klan faced prosecution and condemnation for its violence against blacks, they began to shift their focus to Jews in the South.  This is well documented in the book Terror in the Night: The Klan’s Campaign Against the Jews.

But what about geography? Where was this Jewish female coming from when she was apprehended by the KKK on her way to LA? Most likely, New York City. The Ramones were based there, and it’s also home to the largest Jewish population in the U.S.  Did she pass through Klan country along the way? Inevitably.  Although the Klan was most prevalent in the South, it still claims membership throughout the United States, coast to coast. See below for a map showing girl’s likely route from NYC to LA and estimated KKK presence in US, circa 1968. 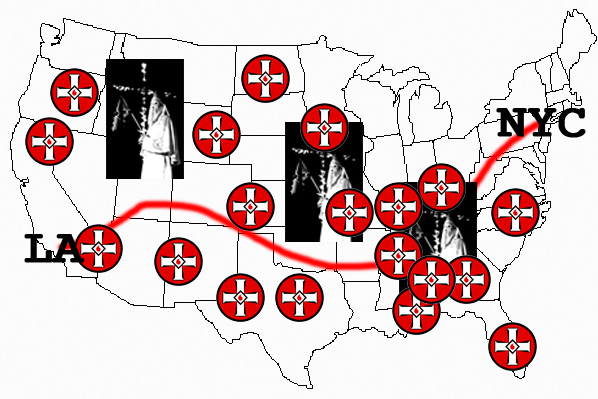 The narrator has no leads on her whereabouts, so he goes to the national authorities:

Which President does the narrator call?  If this song takes place during the Klan’s campaign against Jews in the mid-late 1960’s, then the narrator would most likely be pleading for help from Lyndon Johnson, which would have been a good choice.  In 1938, then-Congressman Johnson helped create a sanctuary for Jews escaping the Holocaust in Texas.  Later, as President, he proved to be a true friend of Israel.  Recently uncovered audio recordings revealed that LBJ even had a “personal and emotional” connection to the Jewish state.

As for the FBI?  According to the aforementioned Terror in the Night, local law enforcement agencies’ memberships were infiltrated by the Klan and could not be trusted.  The FBI stepped into this vacuum and aggressively prosecuted the Klan in the absence of trusted local law enforcement. Again, the narrator has made a good choice in his appeal for help.

Unfortunately, the song ends with a reprise of the chorus: “The KKK Took My Baby Away.”  By the end of the song, not even President Johnson, friend of the Jews, nor the FBI, ceaseless prosecutor of the Ku Klux Klan, could rescue the narrator’s Jewish girlfriend after she was apprehended by the Klan on her way to Los Angeles from New York for Hannukah.

2 Comments on “The Musical Talmud: The KKK Took My Baby Away”