So way back in April, I first had the idea of editing together inspirational speeches. Since then, the Dow has dropped 3,000 points and one million jobs have been lost. The people of the United States are now a ragtag bunch of scruffy underdogs, down by three touchdowns at halftime, with a whole horde of orcs waiting for us right outside those locker room doors. Inspiration has become something we need. (By the way, you couldn’t tell because it started the sentence, but “Inspiration” was capitalized.)

What I’m trying to say is, I may have just single-handedly saved the economy with this montage:

Shame on you. This could be the greatest night of our lives, but you’re going to let it be the worst. And I guarantee a week won’t go by in your life you won’t regret walking out, letting them get the best of you. Well, I’m not going home. We’ve come too far! And I’m going to stay right here and fight for this lost cause. A day may come when the courage of men fails… but it is not THIS day. The line must be drawn HERE. This far, no further! I’m not saying it’s going to be easy. You’re going to work harder than you ever worked before. But that’s fine, we’ll just get tougher with it! If a person grits his teeth and shows real determination, failure is not an option. That’s how winning is done! Believe me when I say we can break this army here, and win just one for the Gipper. But I say to you what every warrior has known since the beginning of time: you’ve got to get mad. I mean plum mad dog mean. If you would be free men, then you must fight to fulfill that promise! Let us cut out their living guts one inch at a time, and they will know what we can do! Let no man forget how menacing we are. We are lions! You’re like a big bear, man! This is YOUR time! Seize the day, never surrender, victory or death… that’s the Chicago Way! Who’s with me? Clap! Clap! Don’t let Tink die! Clap! Alright! Let’s fly! And gentlemen in England now abed shall know my name is the Lord when I tell our enemies that they may take our lives, but they’ll never take our Independence Day!

Some behind-the-scenes notes for editing nerds only.

If you liked this video–in particular, the rousing, patriotic finale–we suggest you take a deep dive into Independence Day with our full length feature commentary track that explores the political and sociological themes of this American masterpiece. Download The Overview: Independence Day and find out why a stripper, a cable repair man, and an alcoholic represent the best of post-Cold War, pre-9/11 America. 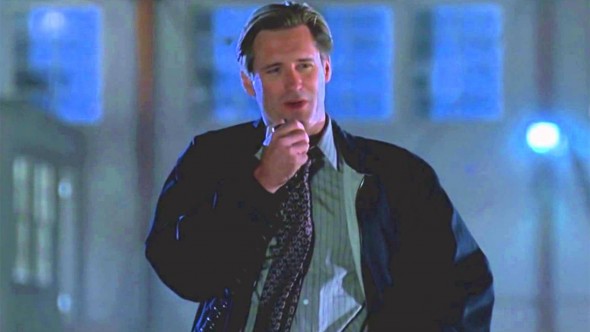 143 Comments on “40 Inspirational Speeches in 2 Minutes”