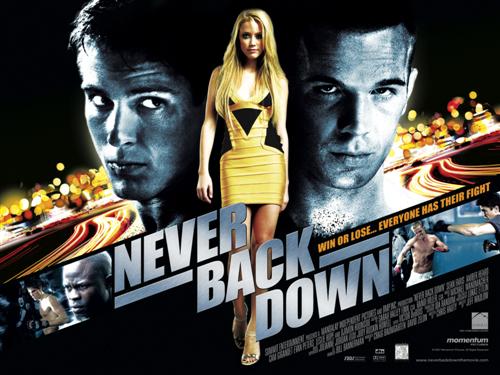 On paper, Never Back Down looked like a sure thing. Take The Karate Kid, replace karate with Ultimate Fighting™, replace Pat Morita with Djimon Honsou, throw in a bunch of crappy pop-punk and some PG-13 T&A… it should be a license to print money, right?

Not so much. Oh, it wasn’t a colossal flop or anything. They recouped their shooting costs with the US box office receipts, so the foreign markets and DVD release should put the production comfortably in the black. But I don’t think Hollywood is going to be banging down the writer’s door, hungry for more of that sweet sweet MMAsploitation.

People like The Karate Kid. People like remakes. (They don’t, actually, but they keep shelling out money to watch them, which amounts to the same thing.) So what went wrong?  Read my diagnosis after the jump, if’n you want. 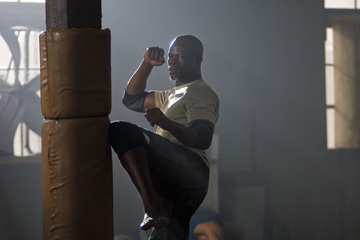 Well, it wasn’t the actors. Djimon “Love Will Never Do Without You” Honsou does fine in the Pat Morita role, although he doesn’t have much to work with.  It’s essentially the same role he played in Gladiator, only with a more maudlin backstory.  (Ah, the tragic death of a family member.  Is there any character it can’t make more nuanced?  It’s like insta-depth.)  Sean Faris, the film’s Ralph Macchio analogue, is pretty bad… but to be fair, so is Macchio, whose only real edge is in the crucial field of puffy bee-stung lips. 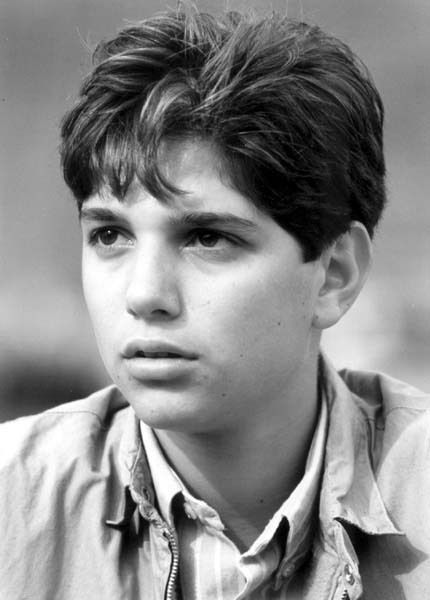 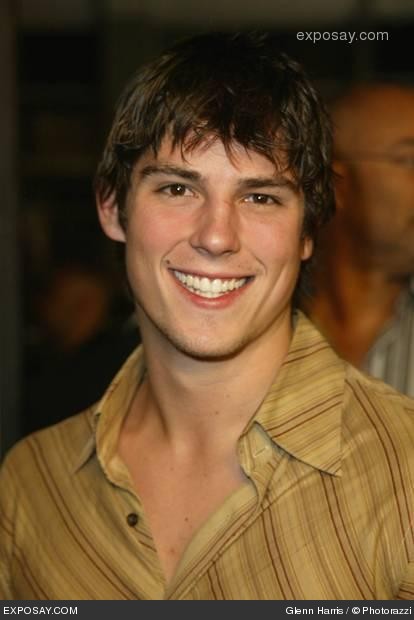 I know who I’d rather kiss if I was Elizabeth Shue.  Or Amber Heard, her downmarket MMA-loving equivalent.  But we can only blame so much of the movie’s failure on lips.  Like, ten… twenty percent, tops.

Part of the problem with Never Back Down is its reliance on shakey handheld digital video, which makes the fight scenes about as confusing and aesthetically dull as a youtube street fight.  This was probably done on purpose:  there’s even a half-baked subplot where a minor character tries to become internet-famous by posting videos of Faris’ impromptu fisticuffs.  The filmmakers were evidently trying to capture the mojo that earned this video over a million hits on metacafe.  But they miscalculated badly.  People don’t watch these videos because they enjoy avant-garde camera work. They watch because they want to see someone get legitimately hurt.  A staged recreation is pointless.

You could make the same complaint about using MMA in a movie to begin with.  The whole point of MMA is that it’s “real.”  When the Ultimate Fighting Championship first showed up on TV in the 90s, the only attraction – if any – was to see what would happen if people duked it out without any of the sissy “rules” or “protective equipment” that are common in relatively pacifistic sports such as, say, boxing.   Now, this certainly sounds like it would be cool, at least if you’re a pre-teen boy.  When a friend of mine got his hands on a pirate copy of UFC 1 (obtained, in those pre-torrent days, through the judicious application of a cable unscrambler and a VCR), we rushed back to his house after school let out, expecting something along the lines of Bloodsport.  What actually happens is pretty boring. 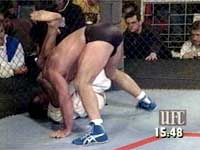 Can you feeeeeeel the excitement?  Now imagine them holding that pose for a solid thirty minutes.  (In the early days of UFC, there were no time limits, so the fights unfolded with all the breathtaking pace and urgency of a Wagner opera.  Five-minute rounds were instituted in 1999, presumably on the assumption that five minutes of any given thing cannot help but be less boring than thirty minutes of that same thing.)  Oh, I’m sure there are all kinds of exciting subteties, but to the layman – that is, basically EVERYONE – it’s about as exciting as watching paint dry hold an awkward clinch for half an hour. Still, it was authentic.  Sure, we got bored and turned off the TV long before the end, but we did so knowing that whoever eventually won, would have won.

Now, can you imagine how much more quickly we would have walked away from the TV if this supremely unacrobatic spectacle had been staged? Are you beginning to see why a martial arts movie about MMA is a bad idea?

Mind you, no one watches Rocky hoping to see an accurate depiction of boxing.  And to their credit, the producers of Never Back Down decided to abandon all pretense of accurately capturing MMA on film.  But the bastardized version of it that they come up with is close enough to the real thing to still be pretty boring.  Like most sports, MMA punishes mistakes harshly, so the fighters’ movements tend to be controlled and utilitarian right up to the point where they become sickeningly brutal.  As a result, with the occasional stirring/terrifying exception, MMA techniques aren’t all that exciting to watch.  (Even the “flying” attacks in the clips above look totally weaksauce when you compare them to, say, this.)   Despite the fact that the fights in Never Back Down have about 200% more incident than an average MMA match, no one ever uses moves that were specifically invented for the movie for the sole purpose of looking awesome.  The film definitely suffers as a result.  I blame Lars von Trier.

Or read more from… Movies, karate, karate kid, mma, Mr. Miyagi, never back down, ufc, wax off, wax on

5 Comments on “Karate Kid Week: Never Back Down!”