After skipping a couple of months, overthinkingit.com rejoins the Final Girl Film Club with a review of Strait-Jacket. Somewhat unusually, the review below is SPOILER-FREE.  I mean, you’ll learn a couple of little things about the movie, but the big twists – and there are more than you might think – are left for you to discover. 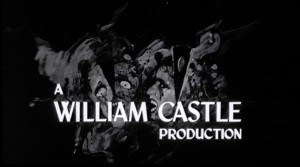 William Castle was sort of the poor man’s Roger Corman, which means a pretty freaking poor man, you follow me?  Not so much a B-movie director as a sideshow huckster, Castle seemed to have had some kind of grudge against narrative convention.  He wasn’t content to make cheesy movies:  they had to be aggressively weird.  His movies usually have ridiculous gimmicks, not M. Night Shyamalan twist endings, but gimmicks.  His most famous/notorious is The Tingler, which required theater owners to strap little vibrating boxes onto the bottom of their seats so that the projectionist could zap the audience mid-film.  I am not making this up.  (Film Forum, in New York City, has these boxes permanently installed in one of their theaters.)  When making a film about an axe murderer, William Castle is the kind of guy who finds it funny to do THIS to his own corporate logo.

I guess traditionally at this point in a review I would offer some kind of plot summary.  Plot is clearly the least of Castle’s concerns, but anyway here goes:  20 years ago, Joan Crawford walked in on her husband with another woman, and killed them both in a fit of jealous rage.  With an axe.  She was ruled legally insane and sent to an asylum. 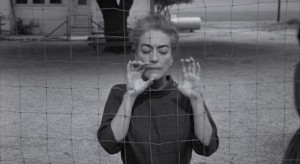 Eventually, her doctors decide that she’s had enough, and let her out.  But is she cured?  Can she regain the trust of her daughter, who witnessed the murders on that fateful day?  And what’s up with the suspiciously Crawford-shaped silhouette that’s been committing a string of axe-themed murders ever since her release?

Oh, by the way, the murders in this film?  RIDICULOUS.  Let me show you how they pan out. 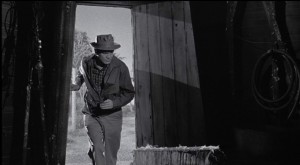 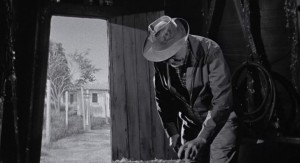 "Now let me just empty out my pipe on this here blood-stained chopping block doohickey..." 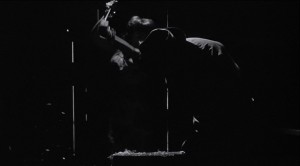 "Hey, who turned out the lights?"

Now that on its own isn’t so absurd.  The hilarious part is that EVERY TIME someone snuffs it, Castle invents an excuse for them to bend over and present their neck.  “Hmm, what’s in this trunk?” “Whoops, my shoelace is untied!” HACK! CHOP! BIFF! Method Man would not approve.

Now, horror movies are always have a subtext.  When you’re watching one, it’s always a good idea to ask, “What am I really supposed to be scared of?”  It’s NOT the severed heads.  I mean, when they look like this, it’s really not. 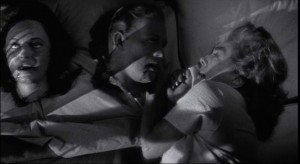 So what is it?  Strait-Jacket gives us a lot to choose from. Is it a perennial theme, like “the revenge of nature?” 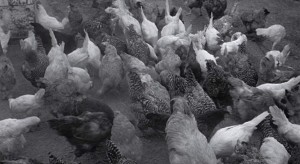 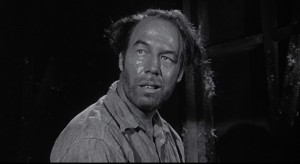 or “female sexuality,” like so many horror movies where a woman is the villain one of the characters? 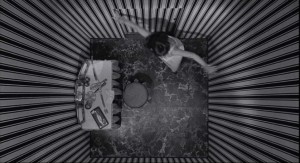 or “the ravages of age?” 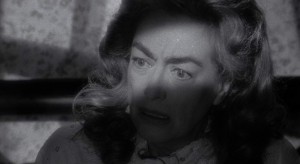 or some queasy combination of the last two? 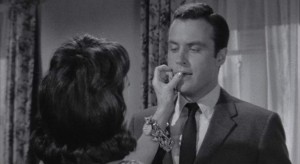 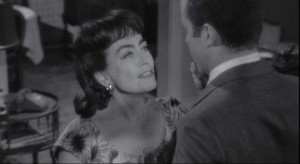 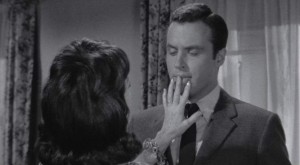 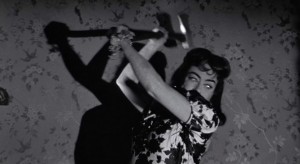 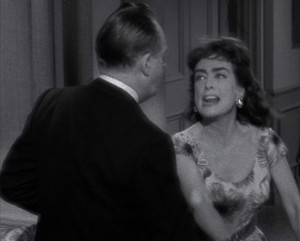 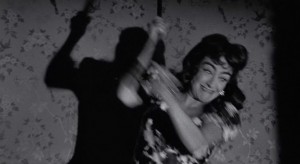 In a class that I took on horror, Strait-Jacket came up briefly.  “All William Castle films have a gimmick,” said the professor.  “In Strait-Jacket, Joan Crawford is the gimmick.”  And none of the still images I’ve provided can really do her justice.  The creepy intensity she brings to this performance is all about motion:  the grimace, the eye-roll, the oddly brittle change in posture, the momentary tremble of the clutching hand, the sashay in her 60-year old hip.  And of course, the swinging of the axe. Oh the swinging swinging of the axe.

3 Comments on “Joan Crawford Axe Murderer For The Win”