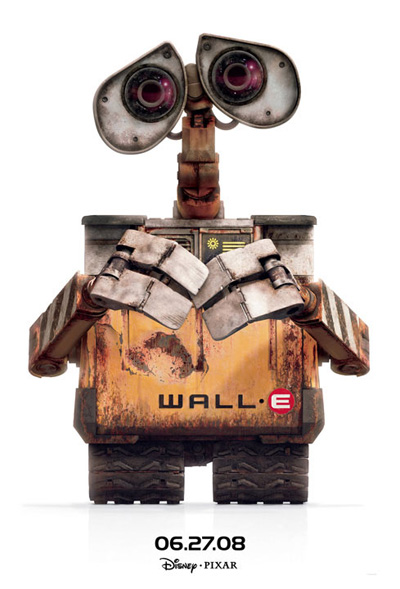 If the greatest trick that the devil ever pulled was convinving the world that he didn’t exist, the greatest trick that Pixar has ever pulled was convincing America that this guy is adorable. Last year’s Ratatouille, which managed to get the people to fall in love with a typhus-infested sewer rat, was only a warm up for the seething cauldron of weirdnesss that is WALL·E.

WALL·E is cute, of course, and he’s also a robot, so that scores him some points.  But he’s also clearly insane.  Let’s look at the facts.  He spends his days going through people’s trash, and don’t say that it’s just his job, because no one is paying him.  He does this because he wants to, or rather, because his “programming” (the voices in his head) tells him he has to. Every now and then, he’ll fixate on a valueless object – a slinky, say – and take it back to his “house” (an abandoned storage unit) where he either A) incorporates it into a giant trash sculpture, or B) carefully files it in a drawer with dozens of identical slinkies.  (It’s this hoarding aspect of his behavior that really pushes his hobby past “charming outsider art” and into “crippling obsessive compulsive personality disorder.”)  Need more proof?  Every night – every night! – he watches the same movie, which doesn’t exactly scream “sane.”   And the first time he meets a woman, he immediately starts stalking her, harassing her at work and even following her back to her house.  Uh, what else?  Oh yeah, his best friend is a cockroach.

But this is all small potatoes compared to one early scene in the film, where WALL·E passes the rusted-out carcass of another Waste Allocation Lifter Loader, Earth-Class.  He looks at the shattered robot.  He looks at his own severly damaged tank treads.  He looks at the other robot’s shiny, perfectly preserved treads.  In the next scene, we see WALL·E happily zooming along on his new legs, without a care in the world.  What does this mean?  Well, it means that WALL·E is, at best, a graverobber.  And at worst? 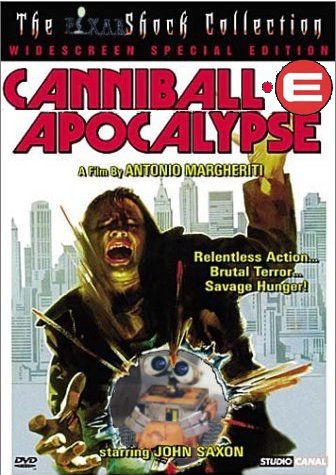 A cannibal.  The metaphor’s really not that far off.  In the world of the film, robots are people too, so WALL·E has just come across a corpse.  His brother’s corpse.  And his response was to rip off a chunk of the corpse’s sweet metallic flesh and incorporate it into his own body.  This is the number one family film of the summer?

I mentioned on one of the podcasts that what we do, here at OTI, is say things that are totally absurd (for comedic effect), but at the same time kind of true.  Claiming that WALL·E is a deranged flesh-eater is perhaps a little more absurd than usual, but there’s still a kernel of truth to it.  The interesting thing about this scene is that WALL·E’s hand is forced.  His treads are falling apart, and they’re his only means of locomotion.  If they snap while he’s outside, he’ll eventually be ripped to pieces by a dust storm; if they snap while he’s inside, he’ll slowly “starve” to death.  The other robot’s treads are in mint condition, and he certainly doesn’t need them anymore…  so if it is cannibalism, it’s closer to Alive than it is to Cannibal Apocalypse.  WALL·E’s world is so desperate that the social contract has collapsed.  His only law is the law of survival.  Obviously WALL·E is supposed to be lonely at the beginning of the movie, but only the tank tread scene drives home just how horrifically, catastrophically alone he really is.

[P.S. Looking back over the post, I realize that I am betraying my own cultural biases.  After all, who says that a mentally ill and/or homeless person can’t be loveable too?]