A Batman for All Seasons

You could further express a Batman-related Principle of Sufficient Reason that divides Batman into three parts:

And if we go by Schopenhauer’s reasoning (which is pretty good, albeit really hard to follow), you can’t really judge one part by the rules that govern the other parts. There are fundamentally different ways of thinking that have to be employed depending upon how we try to describe Batman. 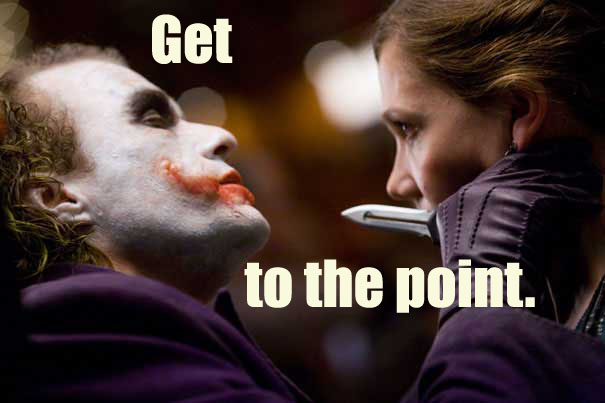 This is why, when Bruce Wayne becomes Batman and does the things he needs to do as Batman, he wears a mask. Because whatever allows him to do these things is obscured; incomprehensible. And I would posit that if we ever act like Batman, any description of what we might be up to is also going to be incomplete and somewhat mysterious, as the Will does not yield fully to comprehensible expression.

The characters in The Dark Knight basically heighten that phenomenon as they orient Schopenhauer-style notions of agency and the will to survive not towards ethics or the Good Life, but towards heroic drama. I’ll get to that in a minute.