In the penultimate episode of its inaugural season, Star Trek: Discovery took the crew out of one bad situation (stuck in the Mirror Universe with Lorca) only to plop them into another (the Federation on the verge of total defeat at the hands of the Klingons). Starfleet is so desperate that Admiral Cornwell constructs a flimsy cover story for Georgiou’s return so she can put her back in command of Discovery for a presumably EVIL mission to defeat the Klingons.

Meanwhile, Burnham experiences strain in all of her close relationships: an awkward goodbye with her surrogate father, Sarek, who is clearly hiding something from Burnham. An awkward chat with the EVIL version her surrogate mother, Georgiou, who rightfully calls out Burnham for her illogical actions and feelings towards her. An awkward reckoning with Saru, who is not please that Burnham, uh, ate him in the Mirror Universe. A SUPER AWKWARD breakup conversation with Ash, who piggishly throws Burnham’s trauma back at her as insufficient justification for giving up on the guy who, uh, was a secret Klingon and TRIED TO KILL HER.

(Oh, and there’s some technobabble problem solving with the mycelial network sprinkled in to remind you that this is Trek.)

You Win Some, You Lose Some 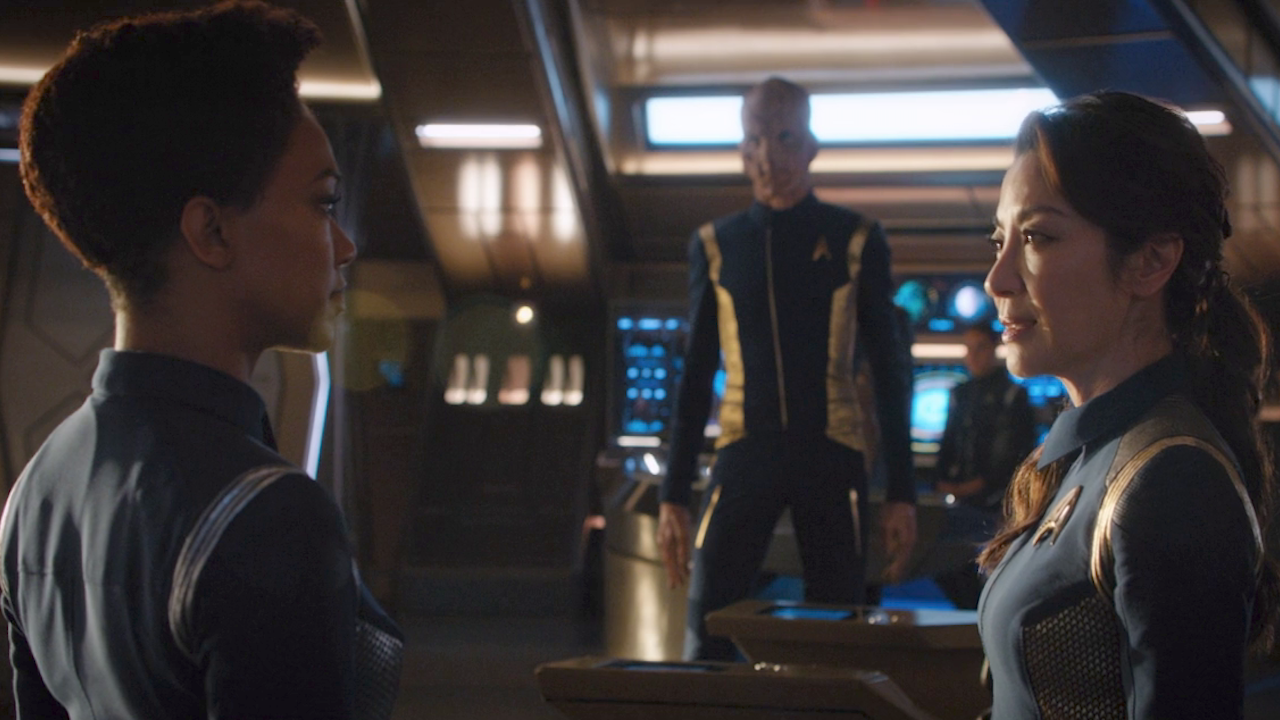 This was an awkward episode, which is saying a lot for a show that has whiplashed audiences with myriad plot twists, tone shifts, fan-service allusions to classic Trek, and odd diversions from classic Trek. Some of this episode’s awkwardness might have been avoidable: in particular, the Ash-Burnham conversation that was poorly shot, acted, and written. The rest of it, though, was all in reasonable service of where we are in this story, which is an awkward interlude between the mirror universe arc and a highly consequential showdown on (inside) Q’onoS. The crew is in the wrong timeline, on the losing end of a war, and, at least for Burnham, rife with interpersonal conflict.

Will all be resolved by next episode? Presumably we’ll reach some level of closure, but far from a comfortable stasis. The crew will find some way to defeat the Klingons without sacrificing Starfleet principles, and maybe even return to the prime timeline, but given how this show tightly links problem solving with drama, the solution will demand something intensely personal from one or more characters. My best guess is that Burnham will lose Georgiou (again), and in doing so, her long list of personal tragedies will just get even longer, providing more fuel to the drama drive that powers this show.

By now, hopefully you’re at peace with this as the modus operandi for this show. (If you’re not, why are you still watching? I’m genuinely curious.) So if we take that as a given, we can try to appreciate the show for what it is: the journey of Starfleet’s finest from the bottom (intense childhood trauma) to great achievement (her career before the Battle of the Binary Stars) to ultimate humiliation (court martial), and now the long, painful, awkward slog back to the top.

I guess what I’m saying is that this show is starting to feel like a long, painful, awkward slog. Albeit an often interesting and entertaining one!

Except for the Tyler/Voq plot. It’s way more painful and awkward than it is interesting or entertaining. At a certain level, I get it: the show gave the emotionally damaged Burnham a lover, only to make him the very thing she hates, the source of her pain: a KLINGON! Burnham has the entire series to work this out. The audience is along for the ride to see how this works out (or doesn’t).

On the other hand, this subplot has devolved into maddening nonsense. L’Rell put Voq through all of this trouble, only to have Tyler’s cover blown before gaining any real strategic value from him. L’Rell seems to have reversed all of that body horror by zapping Tyler/Voq’s brain, and yet, some piece of Voq is still there. Tyler presumably will never be fit for Starfleet duty again, leaving us wondering what excuse they’ll find to keep him on the ship. The crew goes from ostracizing him to welcoming him back to the popular kids’ table in the course of one cafeteria lunch period. Tyler disturbingly expects Burnham to get back together with him, because baby, the power of your love saved me from my surgically grafted Klingon side.

(Try saying that in a deep voice against a slow jam. Guaranteed hit with the ladies.) 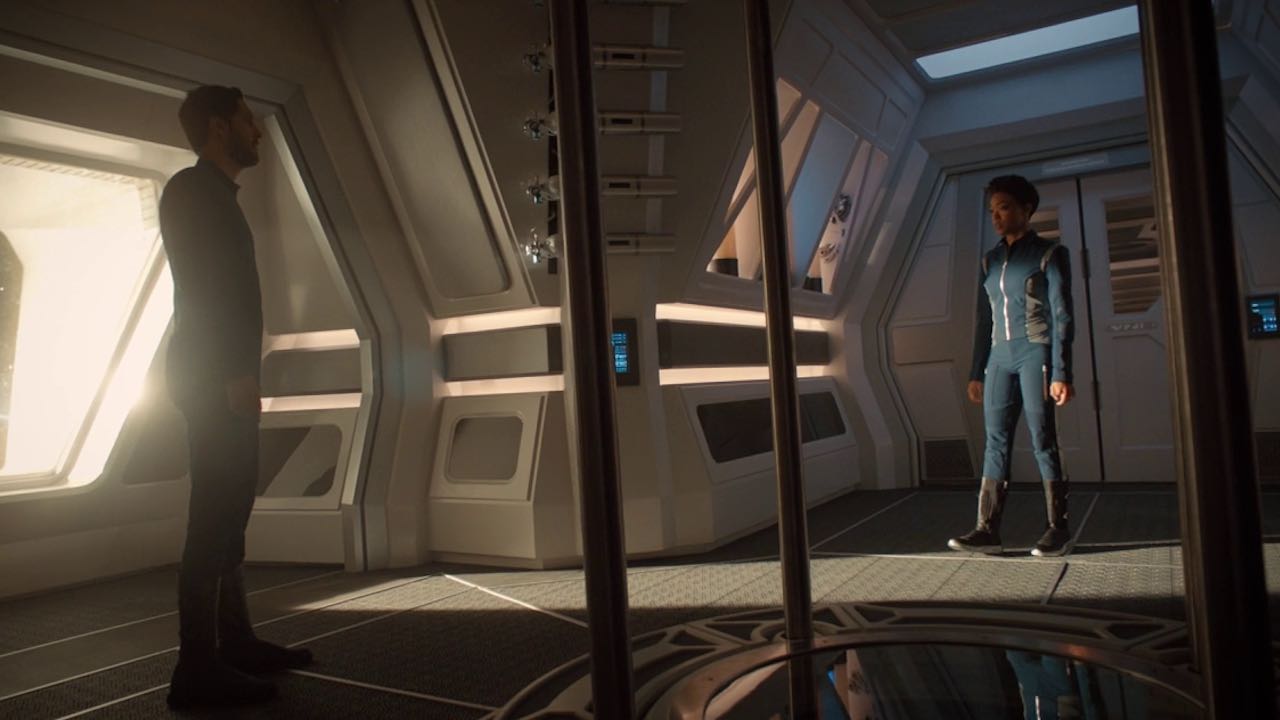 Perhaps it is fitting that he suffers from such an identity crisis, just as this show does when it’s at its worst. But it’s also preventing the audience from sitting comfortably with all of the characters in their true state. We only finally started to see this over the course of the last few episodes, most notably when Lorca and Voq revealed themselves. Fittingly, this is when the show has been at its best thus far.

4 Comments on “Star Trek: Discovery – Out of the Evil Frying Pan, Into the Awkward Fryer”