Jordan Stokes: Hey, so did any of you all watch Iron Fist? I’m starting to dip into it, and it seems to have serious problems.

Richard Rosenbaum: Yeah, I did. And yes, it does.

Stokes: It’s obvious in retrospect that they should have made the character Asian-American. Like even if you have a knee-jerk aversion to casting minorities, it would have opened up a set of interesting stories to tell. But at this point Netflix is kind of stuck with this version of Danny Rand. So say you want to do Iron Fist season 2. What is your best move? Doubling down, making him an even cockier whiter richer dude, is probably what they’re going to go for. But is there a way to tell an interesting story, addressing those issues of representation, using the shitty cards that the showrunners dealt themselves?

Rosenbaum: So I’m one of those people who’s not convinced that making Danny an Asian-American would have improved the series and here’s why: mainly the casting is the least of this series’ problems.

Let me make clear that I didn’t hate Iron Fist. There were good things about it. But: 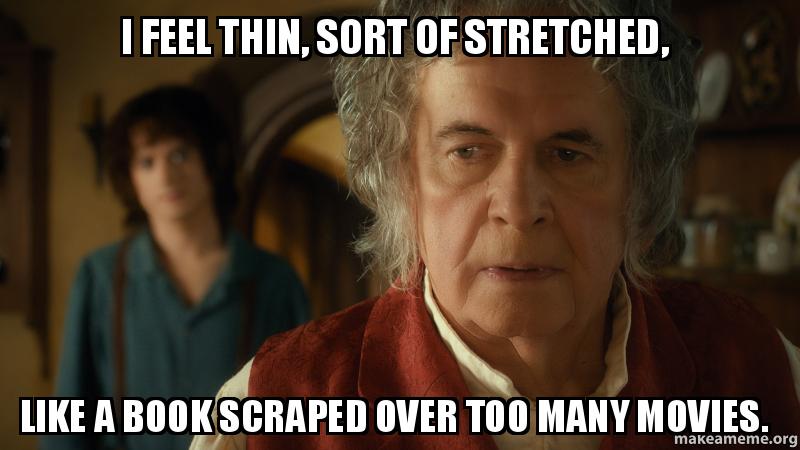 But these are technical issues, and I think that the real reason Iron Fist fails and why different casting wouldn’t have helped is that the show misses the point of the character, and doubling down won’t improve it in the way it needs to be improved.

What I think is that Iron Fist is about discovering that you live in a world of privilege and trying to learn how to use it for good instead of evil. And the show makes overtures toward this point but seemingly only because it’s so built in to the story of Danny Rand that it would be impossible to ignore entirely. But rather than really dig into that, the show instead wants to be about family and the tension or conflict between familial duty and moral individuation. Lots of great works of art have family as a primary theme (most notably and recently GotG Vol2). But with Iron Fist, this weakens things, because it dilutes the metaphor that differentiates Iron Fist from other superheroes. Danny Rand is basically just Bruce Wayne divided by Peter Parker. Trauma+Training+Treasury. 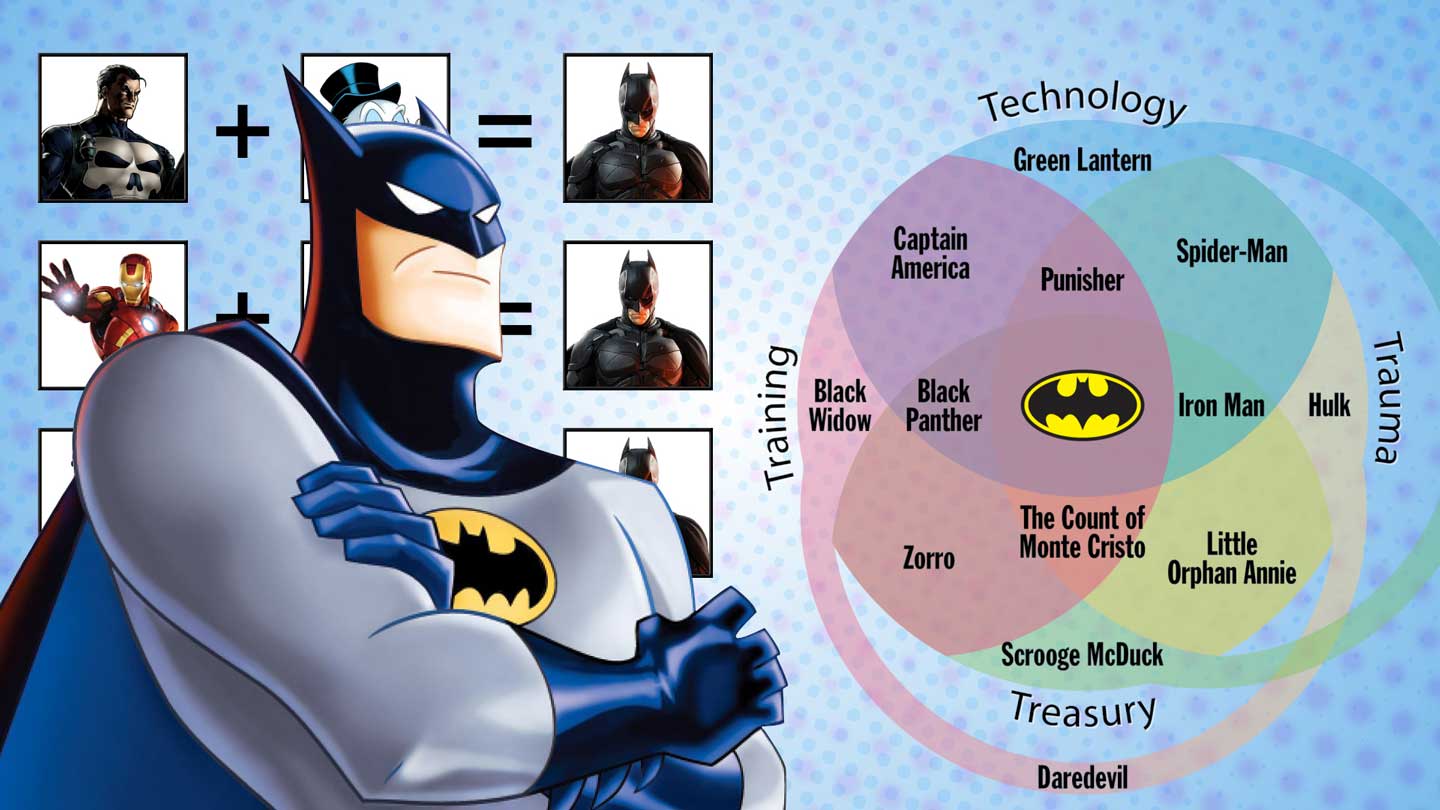 Spider-Man’s theme of responsibility derives exclusively from internal power (his innate, biological facts); Batman’s from external power (his vast resources including the skills he attained purely because he could afford to eff off for thirteen years and learn to be the world’s greatest detective). Iron Fist has aspects of both of these, and it’s the work of sublimating his own ego to leverage these two types of privilege – partly earned, but also partly inherited, and those two things are not as easily extricated as we’d like them to be –  that should be driving his stories. This series has not done that.

Does that make any sense?

Stokes: For sure. Let me be clear:  I don’t think that just putting an Asian actor in that role would have fixed everything. (There are ethical reasons that you’d want to do that — and it would soften the current show’s jaw-clenching “oh they’re going to do _that_ trope?” factor, which is an aesthetic problem as well.) What I’m envisioning is a show that’s built from the ground up around an Asian-American Iron Fist:  that’s _about_ the Asian-American experience in the same way that Luke Cage was about the black experience.

I have no idea what that would look like. It would be VERY different from the show we actually got. But I’m pretty sure it would have been better. If you keep everything else the same and stick Daniel Wu (the Into the Badlands guy) into the Danny Rand role, the show would still have oodles of problems. (The fights would probably have gotten at least a little better, though:  Wu is an old pro at that stuff, as Into the Badlands has proven over and over.) 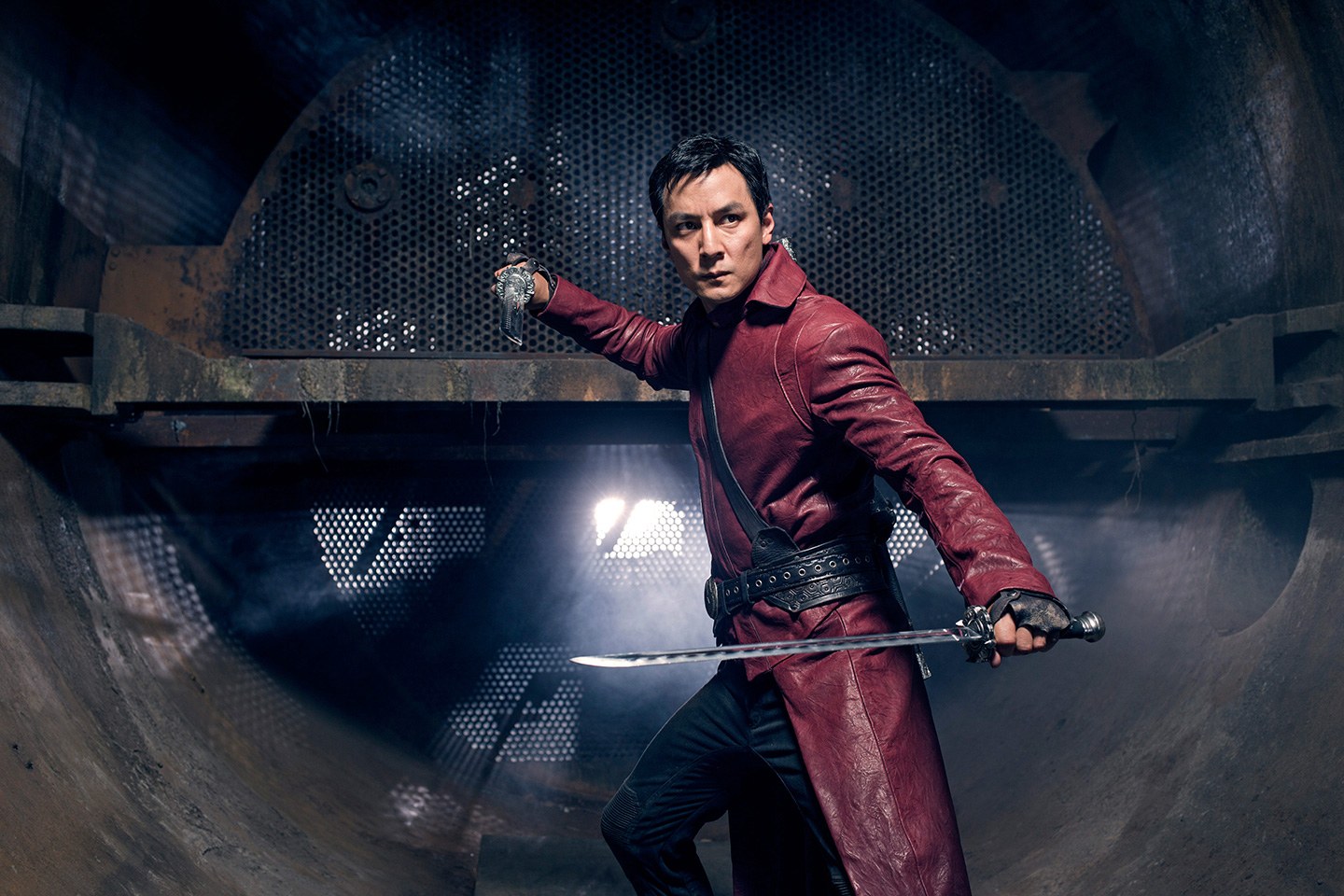 I think your diagnosis of the problem is spot on:  what we end up with here is sort of a warmed over Batman in the central role, with all of the interesting (or even potentially interesting stuff going on around him rather than within him).

And I think that the only way for the show to right itself would be to confront the key issue that you identify. Netflix:  you built a show around a trust-fund hipster. Like it or not, that is a real slice of NYC. But you have to acknowledge that that is what he is. Don’t make mental illness his deal if you’re not going to make him mentally ill. Don’t make him Homlax Who Speaks For The Homeless if he’s actually a billionaire tycoon.

Look, I don’t know that Iron Fist is really salvageable at this point. But if they gave me the job of fixing it, I’d say that the thing to do is to make it a show about privilege. Like maybe his privileges come into conflict. He has all this money (which he didn’t earn). He also has this mystical Buddhist punching power (which he basically didn’t earn either). What if the mantle of the Iron Fist passes to someone else because he got too interested in being a trust-fund billionaire? Like I know that he goes back to Kun Lun at the end of season one. What if the monks there are like “Soooo… I don’t know if you remember your Buddhism 101 courses, but part of our whole deal is denying that the self is real? You running around NYC being all like ‘I am Danny Rand. I am Danny Rand,’ is kind of not a good look for us?”

“If you want to still be the Iron Fist, you need to give away all of your money. Like, today. And also stop trying to reclaim your old life, because leaving your old life behind is a preeettty important part of joining a monastic community. Oh by the way, who’s your friend?”

“Oh, this is Colleen, she’s my girlfriend, she –

“Girlfriend?! Sooo…… I don’t know if you remember your Buddhist Monk 101 courses, but…”

And there are interesting story conflicts there. Like, I don’t know that the Iron Fist gets to have a love life. I know in the comics he has, but if you want to have a mystical Buddhist punching dude in this day and age… maybe not. But of course his various love interests don’t have to be on board with that.

Even his money — like, what if he’s been helping Luke Cage rebuild a city block in Harlem, and he’s funding a ton of pro-bono work for Matt Murdock’s law firm, and then suddenly all of that has to dry up because he’s not allowed to be rich any more? 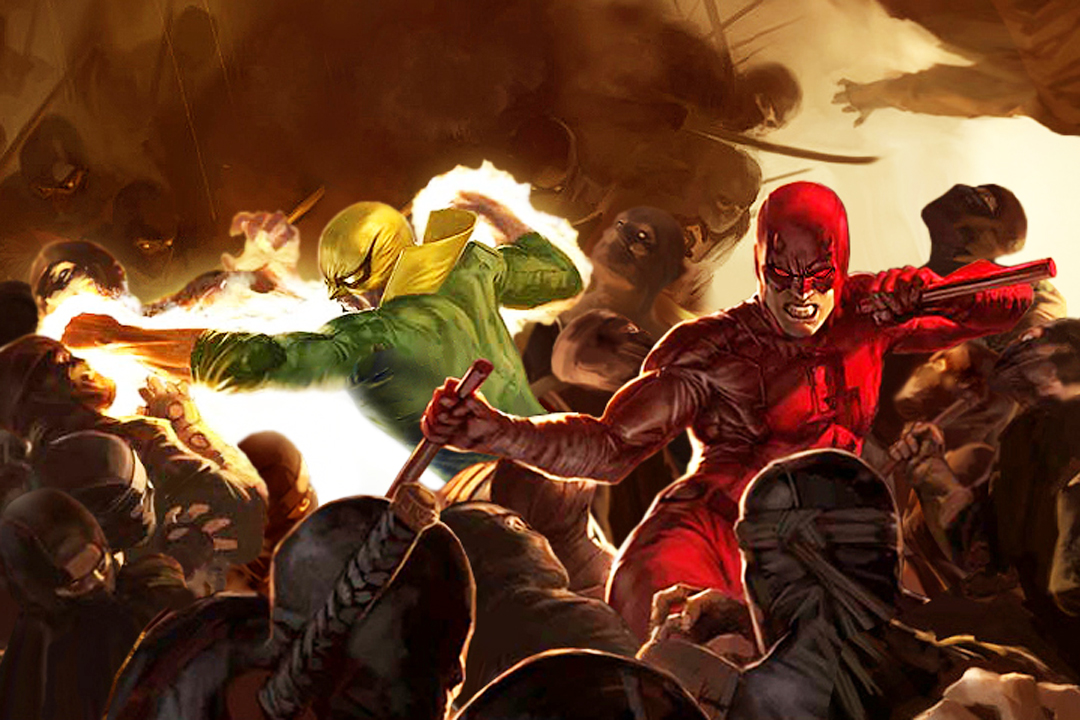 “We’re doing this all for free!”

(This is partially me mapping concepts about Christian monasticism, which I know well, onto Buddhist monasticism, which I don’t. The showrunners would have a STRONG obligation to actually do their research – but I still think this makes for an interesting first draft.)

And I think you could get to an interesting place with it. It feels like in the first season, they mostly had the Iron Fist power come and go for plot mechanical reasons. Like, they’d take it away when they needed him to lose a fight, and bring it back when they needed him to win. If anything, he could call it up by being really, really determined or angry (so sort of a Dragon Ball solution to a Mahayana problem).

But I think it would be more thematically appropriate if it worked like this: First of all, he doesn’t have the iron fist most of the time. He’s not a worthy bearer of the mantle. He won it on a technicality, and sure, he’s the best at punching and kicking, but spiritually he’s just not there. He’s too much of a spoiled rich kid at heart. He can get it, if he needs to, by achieving moral perfection (according to the harsh and sometimes counterintuitive standards of his particular religion). Like, he might need to go meditate in a cave for a couple of weeks — and this isn’t just a matter of charging up. He can’t come back in and be the same cocky angry guy that he was before he went off to meditate, he has to actually transform himself. In short, trust-fund hipster iron fist can only BE the iron fist when he achieves the state of Perfect Wokeness. 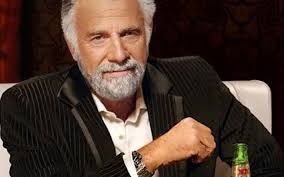 To tell a story where this guy is the hero, you kind of need to posit that Perfect Wokeness is actually a thing and that it actually can be achieved:  that it’s not all just ego and posturing and power politics. But I think you could still frame it as fleeting and hard to achieve.

And while I’d still rather see Lewis Tan star in a superhero show about the Asian-American experience in NYC, at least this would be a more interesting variation on “rich white dudes have it tough amirite” than the current show’s warmed-over Batman aesthetic.

Rosenbaum: I agree with almost everything you’ve said here. The only problem is that then it’s no longer an Iron Fist show, it’s some other character instead. Quite possibly a better one, but still. Luke Cage was always about the black experience in America. The comic was always consciously political. Iron Fist would have to be so radically transformed in order to do the same thing that it would be unrecognizable.

Danny Rand didn’t earn his money but he did earn the Iron Fist – in the comics he became the Iron Fist by killing a dragon with his bare hands – and one thing that the show gets right is Danny’s extreme defensiveness about whether or not he deserves to be the Iron Fist. What we don’t see in the show very much is Danny enjoying or being potentially corrupted by his money. He sees it as a link to his parents, not as a means of controlling the world around him. That’s a big problem for this show. 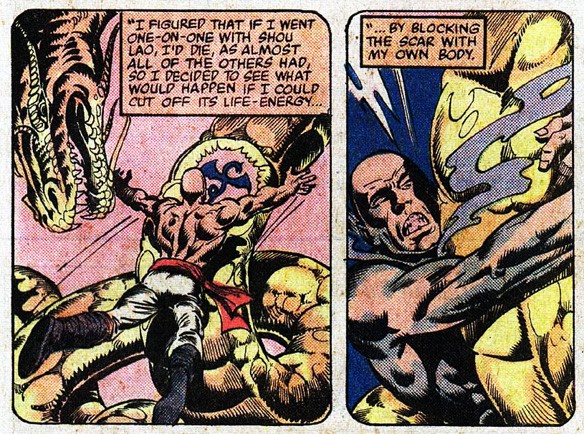 You’re absolutely right that the conflicts and the resolutions are all artificial. I think that’s a consequence of the theme of family that the show has for some reason decided to go for.

What do you think? Sound off in the comments!

6 Comments on “Think Tank: Why did Iron Fist suck?”