Netflix just wrapped its 4th Marvel series, Luke Cage, to general critical acclaim. AV Club called it “Marvel’s most stylish television world … something akin to a contemporary vision of Chester Himes’ Harlem.” Alan Sepinwall said it was “able to shift the boundaries of possibility for what a superhero show can be about,” while Matt Zoller Seitz declared “when an old tale is told as confidently as it is here, you embrace the tropes and luxuriate in the details.” For a show meant to revive a blaxploitation comic book superhero, that’s nothing short of miraculous.

This isn’t to say Luke Cage was without criticism. Sepinwall also said “it suffers from the narrative sag common not only to the previous Netflix/Marvel team-ups, but most of Netflix’s attempts at the “our season is really a 13-hour movie” model.” Seitz describes it as “yet another example of Netflix bloat.” And these are from positive reviews! Entertainment Weekly was blunter: “The abundance of flaws – a sluggish pace, thinly stretched plots – can’t smother everything interesting.”

The critiques touch on a number of different aspects of the production. But there’s one underlying element in common: all of them could have been avoided if the series was a few episodes shorter.

Netflix has made clear its vision of the future: fewer movies to license, more original content to air. And why do otherwise? Movies are expensive. The Wall Street Journal reported that Netflix spent $3.3 billion on content acquisition in 2015 (against $6.7bn in revenue). Licensing is probably Netflix’s biggest expense.

Original content is also expensive to produce (though you can get around that by shooting all your fight scenes in dim hallways). But once you pay for it, it’s yours until the end of time. Cottonmouth himself might have a few choice observations about owning versus leasing. 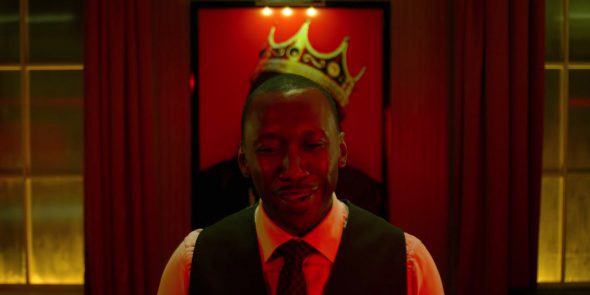 So Netflix is remaking itself as a production company. But Netflix has the rare advantage of vertical integration: it’s both a production company and a distribution company. It controls not only the shows you want to watch, but the only channel you can watch them on. Modern Family may get syndicated to a bunch of different cable channels, but Orange is the New Black will stay on Netflix forever.

Netflix has a rare level of control over every aspect of how their shows come out. So there’s no hard and fast reason why they have to be 13 episodes a season.

This is something Netflix already knows. Critical darling Bloodlines shortened its second season from 13 episodes to 10 (and even I felt that went a bit long). Stranger Things was a mere 8 episodes and has received almost universal critical acclaim. I can’t prove a direct correlation between series length and quality, but what would another 5 episodes have added to Hawkins, Indiana? And did anyone else feel the last episode dragged a bit?

When you own the house, the props, and the theater, there’s no reason your show has to go on for 13 episodes. In fact, if you’re a scrappy $48 billion company, you have every reason to want to control costs. Your only revenue stream is subscribers, and that market is fixed by the number of American homes with reliable broadband. It’s a deep pool but not infinite.

The inescapable question: why does Netflix keep making 13-episode series?

13 episodes has long been the industry standard for TV season production. The ritual used to be consistent: shoot a pilot, get picked up for 13 episodes (including the pilot), then maybe get picked up for another 9 to get your 22-episode first season. It makes sense when you’re a network looking to see how advertisers and audiences take to a new concept. It makes sense when you’re working with a major network that wants to make money on a show in syndication.

But it doesn’t make sense for Netflix, who isn’t syndicating its shows and who releases an entire season at once for maximum bingeing. 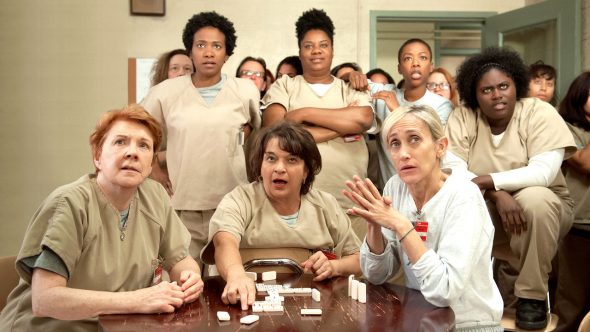 We might look for parallels in other premium cable productions. Per Quartz, HBO has shifted almost entirely to 10-episode series. Many other networks, like Amazon, Lifetime, and A&E, are going the same route. 10 episodes is no guarantee of quality—consider True Detective S2—but it certainly hasn’t hurt—consider the most recent season of Game of Thrones. Some showrunners prefer shorter series to longer ones: it’s easier to tell a tight, clear story.

Netflix has certainly made some early steps in that direction. But the Marvel series stubbornly remain 13 episodes apiece.

And the crazy thing is even network TV is moving toward shorter seasons. Tightening budgets and the need to compete with prestigious cable shows has driven the Big Four to experiment with shorter season orders. How to Get Away with Murder‘s 2014 debut was 15 episodes, rather than the network-standard 22, while Empire‘s 2015 season was only 12!

As the Vulture article linked above suggests, it’s more than just budget that’s chopping seasons from 22 episodes to 13, or from 13 to 10. Shorter seasons let producers attract bigger stars who can commit to a few episodes. Shorter seasons also let a network put more shows on the air in the same period of time. Both aspects speak to the increasing challenges of TV production: drawing the eyes of a savvy audience with a constantly widening array of options.

The biggest failings in Netflix’s Marvel shows, per Sepinwall, Seitz and others, have come from weak characterization. At the risk of sounding reductionist, weak characters come as much from TV budgets as from the writing room. 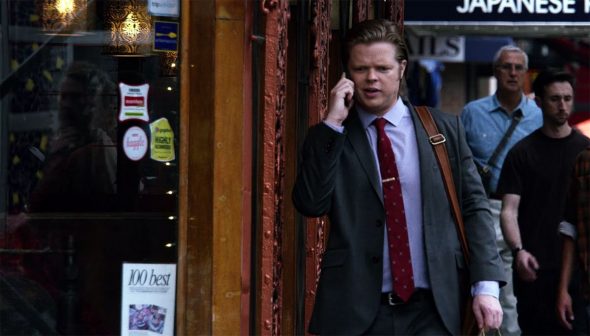 Take a character, no matter how interesting, and give them an episode with nothing to do. Or two episodes, or four. All they’ll be able to do is comment on the action of other characters, agonize over choices they haven’t made yet, or engage in navel-gazing angst. It is incredibly hard to portray an interesting character who doesn’t make meaningful choices. And yet that’s what writers are asked to do when Elden Henson is hired for 13 episodes but really only needed for 7.

Writers recognize the risks of leaving a character idle too long and will shake up their lives with plot twists and sudden revelations. But, after a while, plot twists are no longer shocking, sudden revelations no longer intriguing. The audience’s demand for rising action means that every development has to heighten off the last one. But there’s only so “heightened” a story can get before the constraints of its setting make it ridiculous. This can lead to recursions, like Jessica Jones coming face to face with her nemesis half a dozen times before she finally confronts him.

It’s the walls that make the sandbox, the edges that make the whiteboard. Constraints give creativity something to bounce off of. Limited space makes the artist economize, clearing away the dross to leave something refined and presentable. Tight budgets won’t make bad writing good, but they’ll keep good writing from going bad.

Netflix’s Marvel shows would be better if they were shorter. They’d also be cheaper for Netflix and Marvel to produce. And it’s not as if Netflix wants to stockpile 100 episodes as quickly as possible so they can start syndicating them. So why make the Marvel series 13 episodes apiece?

Part of it may be force of habit. Producing a TV series means relying on production companies: teams of professionals who come in, do a job, and move on to another. Netflix doesn’t have armies of key grips and second-unit directors sitting around a warehouse, waiting for the next prestige drama to lens. They hire them ad hoc.

Maybe these production companies prefer working on 13-episode seasons to 10-episode seasons. Maybe their schedules are set in blocks, and working on anything shorter than 13 episodes would result in dead time. This answer doesn’t really satisfy me – it doesn’t explain Netflix’s other, shorter series.

More likely, Netflix doesn’t see anything wrong with its Marvel series. And why would they? The shows are well-received. Luke Cage sits at 79% on Metacritic and, per 3rd-party numbers, is one of Netflix’s top five original shows. And writers seem to like the challenges and opportunities available when you can tell a story over 13 episodes, rather than tell 13 stories. When you have that kind of success, doing something that no one has tried on Netflix’s scale, why question it?

But many critics agree the shows aren’t as good as they could be. Storylines need to be tighter; characterization needs to be more compelling. A gradual decline in quality won’t kill a network the way a sudden drop will. There’s more runway to turn around. But viewers will find themselves looking elsewhere for weekend binges.

Narrative quality would improve if the seasons were shorter. Netflix’s content costs would decrease, too. Better shows at lower prices – it seems like an obvious win. 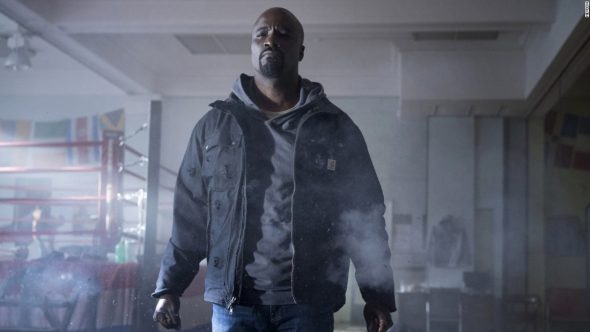