Last week we discussed the predominance of antiheroes and straight-up villain protagonists on TV.

Ben Adams:  So we’ve touched on it here and there, but I actually think there is at least the beginnings of a trend of legit female antiheroes (of various flavors). 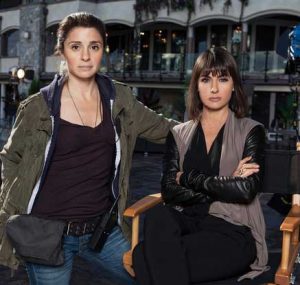 In the world of TV/prestige-ish dramas, Exhibit A has to be Quinn and to a lesser extent Rachel on the Lifetime (yes, I said Lifetime) show UnReal. Which, if you haven’t seen, is doing some great work. The soap-y roots make it a little over-the-top to be truly a “prestige” drama, but the female leads are some of the “strongest” (in Mlawskian sense) female characters around. They’re both antiheroes in the sense that they are a) deeply flawed and b) occasionally do deeply despicable things. Quinn probably shades closer to Walter White/Tony Soprano in that she is A Villain Who You Still Root For Sometimes, whereas Rachel is probably an antihero in more of the Don Draper mold in that she Has Deep Character Flaws and Leaves a Trail of Broken Lives in her wake, but she is at least somewhat redeemable, and is much more the focus of the narrative.

Exhibit B is Cersei Lannister. She started off the series as an outright villain/antagonist, but as the series has worn on I would argue she’s turned into more of an antihero – she’s our POV character now, and we see things through her eyes, even if she’s doing ridiculously evil stuff. 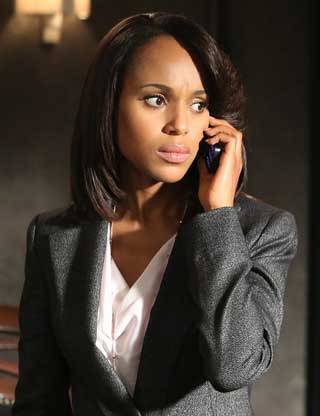 Finally, as Exhibit C you have Olivia Pope on Scandal. She’s much closer to a true hero, in the sense that she (mostly, kinda, sort of) tries to do the “right” thing, but she still does a lot of messed up stuff to a lot of people that only occasionally deserve it.

Jordan Stokes:  We could argue that none of this is exactly new. You can find characters like this if you go back looking for them. (Start with Bette Davis’s IMDB page.) But I have a hard time thinking of characters like this from the 80s and 90s. Also, it’s worth pointing out what these characters aren’t. None of them are femmes fatales. None of them are “beloved smothers” (to borrow another TV Tropes term). This is significant. If we think of antiheroes are “instead-of” heroes, the femme fatale is basically an “instead-of” love interest. The smother is an instead-of mother. They’re defined by their relationship to the male protagonist, and defective with regard to that relationship.

You can find male versions of this if you go looking for it. In Twilight, Edward is less of an antihero and more of an anti-boyfriend. But it’s more rare, because female protagonists are more rare, especially in the kind of popular entertainment that we focus on here. 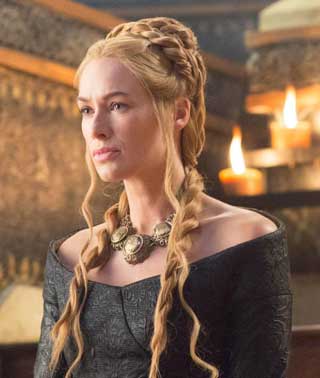 So I do think it’s significant that the characters Ben mentions don’t work this way. Bits of these tropes come up — Cersei’s relationship to Tommen is a bit smothery, to be sure — and that’s fine. They’re useful tropes. But Cersei’s villainy, her antiheroism, call it what you will, is something that seems to arise first and foremost from within, which then effects the relationships that she has with the people in her life, whether they’re male or female.

Peter Fenzel:  As far as connecting this to the 90s in various ways, it’s worth noting that Harley Quinn is a 90s character, and so were the various good and bad sympathetic witches in The Craft, Charmed, Buffy, The Witches of Eastwick, and Hocus Pocus, who did this to a greater or lesser degree and were generally front and center relative to any male love interests. Heathers is somewhat related, as is Barb Wire, Tank Girl, and the women in Death Becomes Her. Erica Kane from All My Children is a transformative character and a direct or indirect inspiration for Cersei, no doubt, and Melrose Place had a lot of “ladies to the front” energy to its cruelty. To that you can add its list of imitators, like Models, Inc. And of course there’s the global phenomenon of La Femme Nikita. 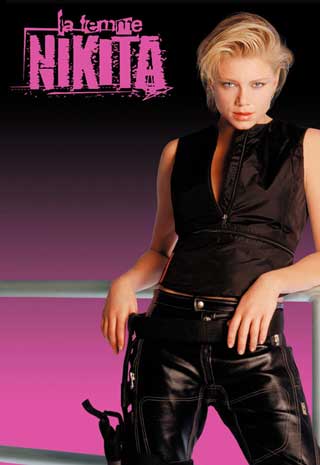 It’s not the same as it is now, but I don’t think 90s antiheroes were just a male or male-centric phenomenon. It was the age of the Riot Grrrl, after all, as well as Peak Wicca.

Stokes:  Well, Harley Quinn isn’t helping your case there, is she? But Tank Girl, for sure. And yeah, any account of female antiheroes that leaves out soap operas is probably under-researched.

(I’d say Nikita is a wholly different phenomenon, though: she’s not an antihero, she’s a hero forced by circumstance to do bad things. The movies are always about her trying to stop being an assassin.)

Fenzel:  Yeah, she’s in that other category of reluctant wrongdoers we discussed before.

What about Alanis Morissette? How does the speaker of “You Oughtta Know” fit into all this?

Stokes:  There’s a sliding scale that runs from “crazy ex-girlfriend” to “wrath of a woman scorned,” and she’s on it. Probably closer to the wrath side of the scale — I guess we never get to hear Coulier’s side of the story, but the protagonist of the song never struck me as morally ambiguous. That would be another category of antihero-ish female character that’s defined primarily by her relationship to a man. 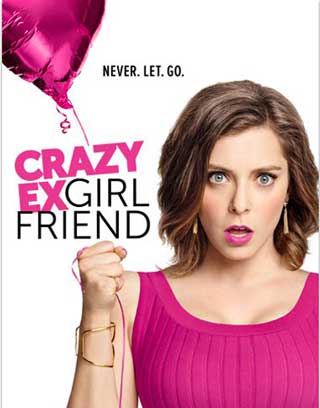 Which is not necessarily problematic in its own right — we don’t want to throw Medea under the bus, I assume — but it feels out of date. It’s hard to imagine a version of The Good Wife that’s basically about Alicia airing her grievances like this. It’s hard to imagine a version of Crazy Ex-Girlfriend that doesn’t spend the opening credits explaining that “crazy ex-girlfriend” is a sexist term, and that Rebecca is really much more than that.

Compare “You Oughta Know,” to “Since You’ve Been Gone,” to “We (Clap) are NEV-er, EV-er, EV-errrr, gettin’ baaaack together.” Specifically, to the reception of that Taylor Swift song, which had a strong vein of “Well, yes, this is about some specific guy… but on the other hand it’s not. Because this is just how Taylor Swift writes songs.” Whereas Alanis comes across as obsessed and angry. I worry about her, I also worry about the dude.

Fenzel:  Claire Underwood is somewhere on the scale.

If you mean Claire, I think you need to show your work. (I could believe it though. Is it, like, that she told Frank to choose between her and power, and he chose power?) 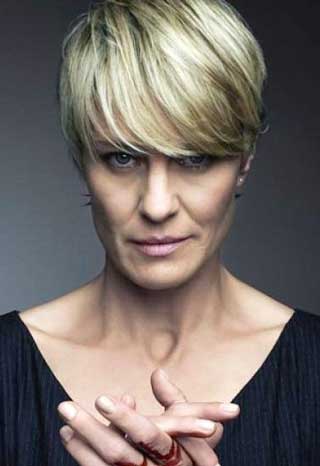 Fenzel:  I don’t think the choice was between her and power, it was between power for both of them and power for just him. He broke the terms of their partnership by throwing her under the bus, so she launched a complex campaign against him – until the show just fell apart and dropped its threads.

Anger at him and a sense of hurt and betrayal was a strong motivator for her, and it was centered on a heterosexual relationship and the expectations therein.

Although the expectations themselves were sexualized and gendered, but not strictly sexual.

Adams: Stokes, your point is well taken that female antiheroes aren’t exactly a new phenomenon – but you could say the same for brooding male antiheroes. My hypothesis is much more that what we are seeing is a gradual evolution of the Golden Age of TV, taking the Tony Soprano/Walter White/Don Draper mold and mapping it on to female characters.

Stokes: What gets lots in the process of the mapping, however (aside from, I guess, a penis) is the aura of crumbling empire that the canonical golden-age shows tend to evoke. Don Draper’s masculinity is in crisis, and so is his whole era. If Tony goes down, he might take the whole criminal enterprise down with him. (Because, again, these guys are patriarchs: they are the linchpins of their particular little patriarchal orders.) My sense is that that’s not the case with any of these other shows you mention. Am I wrong?

(You know who else we should probably be talking about is Cookie from Empire. )

Adams:  The aura of crumbling empire is still there. It’s just that if it’s the patriarchy that’s being smashed, the antiheroine’s story is being told from the prospective of the Huns. 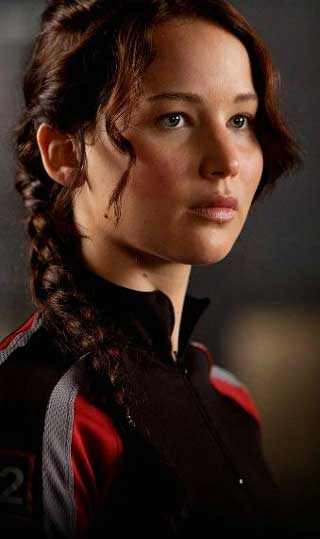 Fenzel:  Which also brings to mind Katniss Everdeen, who might in a different story be a rebellious antihero (“This is a rebellion, I rebel.” Rogue One, anyone?), especially since she is a murderer of children and a belligerent fascist collaborator and propagandist. Except she’s much more of a good person forced to do bad things by circumstances, and by an evil patriarchy in particular. She’s involved in moral monstrosity and has to struggle with that constantly and the book I think does a more “morally upright” job than the movies of framing this.

Stokes:  Right, due to the internal monologue, which shows her struggling with the bad things that she’s forced to do. (This has been one of our perennial themes when discussing the Hunger Games franchise.)

It’s interesting to divide the Katniss/Peeta/Gale triad along the lines that we’ve been discussing here. Gale is a classic antihero: he does some very dark things in the service of a good cause, but he’s 100% comfortable with what he’s doing and views it as the appropriate way to behave. (It would be naive and irresponsible to behave any other way.) Katniss is a victim-of-circumstance hero: her basic impulses are all heroic, but she’s forced to do bad things to survive in the nightmare world that she inhabits. The interesting twist is the role that Peeta plays here. Like Katniss, he’s a victim-of-circumstance hero, but he’s always finding ways of coping with the nightmare world that are more heroic than Katniss’s solutions. (More heroic in the sense of “more moral.” We can have a whole other conversation about the “takes decisive actions which have a big effect on the plot” and “hurts bad guys with violence” sides of heroism, in which Katniss probably has an edge.) 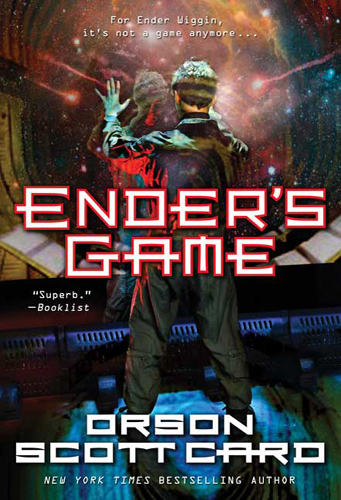 Contrast this to, say, Ender Wiggin, who is thrown into untenable situations and then always always always does the best thing — and feels, set against Katniss, like an insufferable little fascist.

There are no moral monsters in Ender’s Game. Just moral realists. In The Hunger Games, there are monsters, and humans (who haltingly aspire to heroism), and a couple of paragons of virtue (Peeta, Prue, Cinna?). Interestingly enough, the paragons don’t have the capacity to really handle the problems that the protagonists are grappling with. They guide our aspirations, and then get killed and/or tortured to provide us with motivation.

Which is not totally unlike the role of the messiah in modern Christianity. Like, you’re supposed to ask yourself what Jesus would do, but you can’t expect him to step in and take care of the Syrian refugee crisis.

We’re gonna have to do that ourselves, with our faulty mortal moral senses, which probably — given humanity’s track record — means using violence.

7 Comments on “The Rise of the Female Antihero”