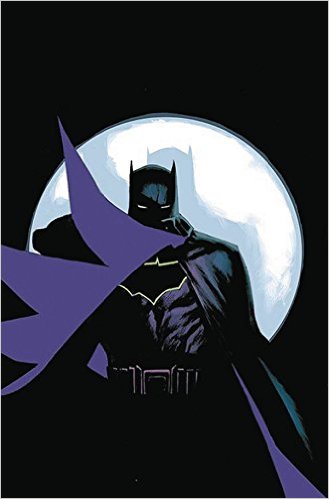 This issue of Detective Comics represents a part of our entry into Rebirth – the publishing event, wherein many of the changes to the DC Universe in the continuity relaunch of the New 52 five years ago are being undone, but also the rather metafictional diegetic storyline that’s accompanying it, where we (and the heroes of the DC Universe) learn that the changes made to the universe in the New 52 (which they largely still don’t remember) were the result of some kind of extradimensional tampering from higher beings who appear (to us) to be the citizens of the Watchmen universe.

Hey, at least you can’t accuse DC of fearing controversy.

Anyway, this issue of Detective Comics dumps the renumbering that went along with the New 52 Relaunch that started all of DC’s books back at #1, a move that was intended to make the books less intimidating to new readers but which really just pissed off anyone who held DC’s immensely long runs as impressive and dignified, and who enjoyed reading them not only for the particular stories but for the sense of participating in something that felt important in the history of the medium of superhero comics.

So Detective Comics went from #881 to #1, and then from #52 to #934, which did allow it to align the new #27 in 2015 with the 75th Anniversary of Batman’s first appearance back in the original Detective Comics #27 in 1939. And ending the New 52 at Issue #52 also has its own sort of poetic justice. So for all the numerologists in the audience, maybe the whole thing was worth it.

Anyway again, the actual story of this issue sees Batman discovering that Gotham City’s vigilantes are being monitored by some unknown agent using Bat-Drones that are at least a decade ahead of Earth’s most advanced tech. Knowing some kind of threat is imminent, but not exactly what it will be, Batman takes it upon himself to gather and train the next generation of heroes in Gotham City to ensure that they’ll be able to hold their own when – not if but when – they’re targeted by whoever has been watching them all. This includes Tim Drake (the Robin before Damian Wayne, currently going by Red Robin), Stephanie Brown a.k.a. Spoiler (who was also – very briefly – a Robin), the genetically engineered human of mass destruction Cassandra Cain, currently going by the name of Orphan, and…Clayface.

He’s also enlisted Batwoman, Kate Kane (a.k.a. Bruce Wayne’s second cousin!), to use her military training to help whip the kids into shape. Being the World’s Greatest Detective, Bruce knows exactly how to convince Kate to help him – namely, revealing his identity (which she had already figured out a year-and-a-half previously, but although Bruce acts surprised to learn this I’ll bet he knew that she knew) and flattering her by appealing to her need to feel like she’s earned a level of authority equal to his. Kate Kane is an interesting character who has been written a bit inconsistently since her reintroduction in 2006, but I think that she’s deeply insecure about herself and overcompensates by having to make sure that everyone around her knows exactly how competent she really is, which can come off as arrogant to a degree. But that’s the thing – she is just as good as she wants everyone to think that she is, I’m just not sure that she quite knows it.

Written by James Tynion IV (who also penned the recent and excellent Batman / Teenage Mutant Ninja Turtles crossover), this new beginning-slash-continuation shows some deep understanding of the characters and a level of intrigue commensurate with the title. If the rest of Rebirth goes this well, it should be pretty fun.

Where to Start: Detective Comics Volume 1 #27  Time investment: Seventy-seven years. Uh, you’d better get started…
Recommended if you like this: Batwoman: Elegy 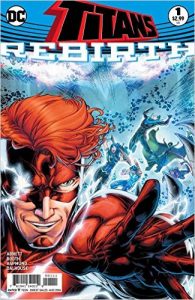 And speaking of the rest of Rebirth, I am definitely not going to be following every single reborn book (or even every single Batman book), but I am going to check in on my favourite DC characters and hang around with them at least until I get a sense of whether or not they’ve fixed what was broken.

So Wally West, The Flash – my Flash – is back from his banishment from out of continuity and into the realm of the Speed Force. Nobody except for Barry Allen (the original Flash – well, not the original original Flash, but the one who trained Wally, anyway) knows that Wally is back, or even that he was ever gone, because all evidence and memory of his existence was erased in the Flashpoint event of several years ago. He’s now returned to warn DC’s heroes about an impending threat, but first he has to remind everyone that he even existed in the first place.

Fortunately, it seems to be as easy as making physical contact with a person to restore those memories. This happened with Barry in DC Universe Rebirth, and now Wally is looking to do the same thing with his former friends and teammates in the Titans (once upon a time the Teen Titans). He enters their headquarters as a stranger – and, of course, is instantly attacked. In this first issue we get a good sense of who Wally is and what his relationships to all the other Titans was like – why their friendship as a team was so tight and how they all related to each other. The simplicity of the story is refreshing, and the action-as-plot works really well and accomplishes what this issue needs to do without making it feel like a paint-by-numbers slog through a bunch of stuff that was necessary to move the metaplot forward but was uninspired on its own – which would have been easy to fall into.

So far so good.
Where to start: Here’s a good place. Time commitment: None!
Recommended if you like this: Flash: The Wild Wests 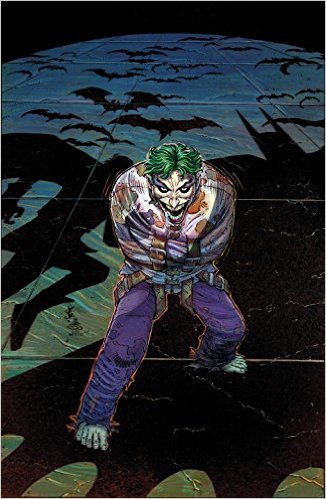 There’s been a lot of Frank Miller’s Dark Knight going around these days. We’re still right in the middle of DKIII: The Master Race, and now here comes a prequel book? Is this something we really need right now?

Turns out, yes. Too many prequels take cynical advantage of the popularity of their chronological predecessors by filling in pieces of history that we either didn’t need to know, that we kind of already knew already but just hadn’t seen acted out, or that tarnishes the memory of the source material rather than exploring it further. So while maybe the original Dark Knight Returns from 1986 didn’t demand an explanation, thirty years later, of what actually happened to cause Bruce Wayne to retire from superheroing, that story – which is what we get here – is in fact a compelling and illuminating one.

One thing that makes it so good is how it allows itself to diverge from regular Batman continuity without battering us over the head with the fact that that’s what it’s doing. I know I don’t usually care too much about giving away spoilers in these Reading Lists – which I see more as pieces of analysis rather than reviews – but I do feel it’s important to mention that what happens in this book creates new resonance for the relationship between Batman, Robin, and Joker, and the strain that the inexorable march of time puts on us, both physically as we get older – either for the good (maturity) or the bad (decrepitude) – as well as the stress of our helplessness when it comes to controlling or even predicting the future as it barrels down on us. This is a story about characters, character that we know very well, and to a certain degree why they are the way that they or – or at least what they tell themselves about why they make the choices that they make.

A worthy prequel and a well-constructed one-shot comic book.

Where to Start: The Dark Knight Returns, I guess, but you don’t really need to have read that to enjoy or understand this. Time commitment: In principle, none.
Recommended if you like this: Batman: Year One