In Captain America: Civil War, Tony Stark/Iron Man and Steve Rogers/Captain America do battle over the Sokovia Accords, a new treaty which puts the Avengers under the aegis of a Task Force responsible to the UN, specifically outlawing any superheroics outside missions authorized by the Task Force. The primary issue motivating adoption of the Accords is the level of collateral damage that accompanies the Avengers in their battles: as the accords are introduced, we’re treated to scene after scene of civilian carnage in cities around the globe, ostensibly the fault of the Avengers.

Thus, on the surface, the conflict in Civil War seems to be deeply connected to the post-9/11 wars against terrorism, where the United States, NATO, and various other allied powers have waged war against terrorist groups and terrorist-aligned states. One of the most controversial aspects of these wars is the degree to which civilians have gotten caught in the crossfire or otherwise died as a result of these wars.

But as a meditation on this type of conflict, Civil War makes for relatively weak tea: we, the audience, know that the Avengers had essentially no choice in any of the movies referenced (The Avengers, Captain America: Winter Soldier, and The Avengers: Age of Ultron). In each film, the literal survival of the world was at stake, with little the Avengers could have done to prevent it. There’s some hand-wavey stuff about how the presence of superheroes brings out the superpowered bad guys, but that doesn’t really hold up to analysis: Hydra has been around for a heck of a lot longer than Iron Man has been flying around, and Loki wanted to take over Earth either way.

This just doesn’t match up with the logic of the post-9/11 wars, which were fought because of a specific, but not existential threat. When a civilian dies in a bombing in Afghanistan or Iraq, there’s no reason to believe they would have died anyway had the war never been fought – other civilians may have been killed, in different ways and at different times, so the war might still be justified, but it’s a question of trading one life for another, rather than trading some lives for all of the lives.

But that doesn’t mean there isn’t an interesting question at the heart of the conflict in Civil War. Because the Avengers aren’t best understood as a nation state waging war; rather, they are best understood as a philanthropic organization, using force to provide a public good (i.e. protection from existential threats).

Prior to the Accords, the Avengers operated as a private organization, accountable to no government or set of governments. I’ve written before about the parallels between superherosim and other charitable efforts. In my article “The Dark Knight ROIs,” I speculated that Bruce Wayne could vastly increase his return on investment by turning his time and talent away from street-level vigilantism and towards building a private organization that can provide even greater benefit to the city of Gotham:

What Batman does is essentially charity – using private resources (fists) to produce a public good (criminals punched in the face).  And it’s entirely possible that the benefit of providing Batman-related services to Gotham might be outweighed by the benefit that could be produced if he provided different services to Gotham.

Civil War asks a different question: not how can we do superheroism better, but rather who decides what is “better.”  This question is not quite so easy as the one I posed for the Dark Knight. When the goal is relatively clear – “clean up Gotham” – then the question of means becomes essentially empirical, with clear pros and cons to various courses of action.

But in Civil War, the point of conflict isn’t whether or not the Avengers could be doing things better than they are. It’s whether the things they do are worth doing in the first place, or even whether the goals they are pursuing are the right ones. Most of all, it’s about whether a private individual or group of individuals can or should be trusted to make world-altering decisions.

Viewed in this light, the closest parallel to the “war” fought by Captain America and Tony Stark isn’t a war at all. Rather, it’s the political question of who will provide public goods and services: the government, or private individuals and foundations.

Take, for instance, the Bill and Melinda Gates foundation, the largest private foundation in the world. Their work isn’t nearly as exciting as Hulk punching a bunch of aliens in the face, but it’s pretty powerful all the same: with an endowment in excess of $40 billion, the Gates Foundation has immense power on the world stage, commensurate with and in some ways exceeding many small nations.

[The Gates Foundation] approach has been to pursue standardization and the metrics of test scores in order to put market forces in the driver’s seat in education. This has had very bad effects on students, who are not at all standard, and on teachers, as well. . . . hey are conducting a large-scale experiment with the children of the nation. Nobody voted for them to do this. They use the power of their money to pay for research, to pay organizations to support their agenda, and this undermines democratic decision-making, especially in communities that, due to poverty, lack effective political power. 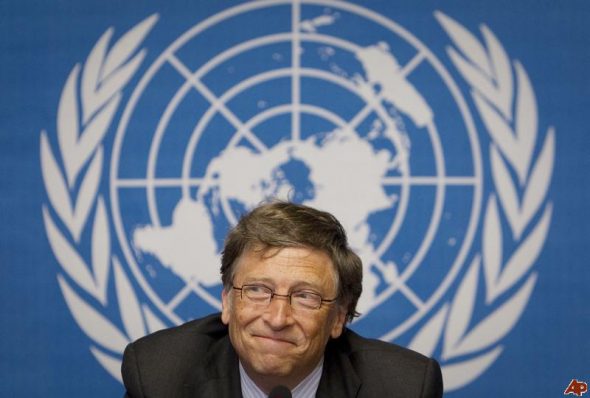 I have no strong opinion on the debate here – I think there are people of good faith on both sides of the debate over the best way to improve our flagging schools. Certainly the Gates’ are to be commended for turning their vast resources towards such a laudable goal. And the purpose of this article isn’t to hash out the ins and outs of education policy.

What is interesting to me is the degree to which this debate mirrors the super-powered debate between Stark and Rogers in Civil War: a private organization like the one championed by Captain America is free to act quickly in response to threats, without bureaucracy or extraneous political influence to interfere.  But the cost of that freedom is any sense of accountability to the people affected by these potentially life-changing decisions.

The Gates Foundation, like the Avengers, is trying to provide a public good: education. And they are not alone – private charitable foundations do work all around the world, addressing a wide array of challenging issues and problems. But in doing so, these groups necessarily arrogate to themselves power over those being educated, or those being housed, fed, medicated, etc.

More to the point, the provision of these public goods by a private organization has the potential to sap the energy to address these problems from government entirely, making the application of power all the more disturbing: it’s one thing if a charity provides 1% or even 10% of a school’s budget, but it’s quite another if a charity ends up providing 100% of a school’s budget. In the former situation, the private group or individual gets a seat at the table; in the latter, the private group gets the ONLY seat at the table.

And maybe that’s what’s happened with the Avengers – they have become too powerful, and the world too dependent on their power to solve the world’s problems. While we might be OK with that level of power when Captain America is making decisions we agree with, or when we, the audience, get to see how the decisions get made. But to the average person living in the MCU, all the see is a small group of strangers making world altering decisions, far outside the public eye – and so it’s understandable if they start to get scared of what happens when, say, the world is threatened by one of Steve Rogers childhood friends. 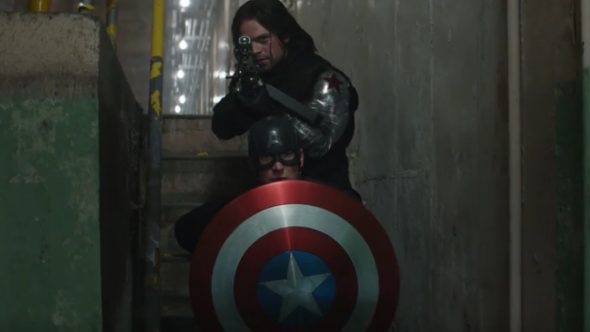 Consider the following scenario: a billionaire decides that global warming is an existential threat to the world. So he starts construction on a geoengineering project, designed to inject aerosols high into the stratosphere, lowering world temperatures. This isn’t fantasy – indeed, it’s likely possible given existing technologies.

If you believe that global warming is a threat, maybe you’d cheer this project – but much more likely, you’d be terrified. Even if you thought that the geoengineering project in question was fundamentally a sound proposition, you might balk at the idea of a single person with their hand on the global thermostat, completely unaccountable to the desires of the rest of the globe. The point of your objection wouldn’t be policy: the point would be simple accountability and transparency. A project like that could never hope to have the degree of legitimacy needed for people to accept it.

But on the other hand, maybe a project like that is the only hope of finding a workable solution to a pressing problem. That’s Captain America’s position – there’s a problem, he can solve it, and he’s not going to let some narrow-minded politician stand in his way.

In the end, one of the things that makes Civil War work is that we can sympathize with both Tony and Steve: we want to believe in democratic institutions, and the in primacy of the rule of law, but at the same time we want our heroes to be able to solve our problems without going through a mountain of redtape, beset on all sides by petty political wrangling.

5 Comments on “Superheroics as a Public Good”