Like many Americans, I will be participating in a sacred ritual this week: drafting a Fantasy Football team. I suspect that I am not alone among Overthinkers in doing so (sound off in the comments!). Now, I don’t think there’s much doubt that our wheelhouse here at OTI is somewhere in the vicinity of “geek” culture. But “pop culture” knows no Earthly bounds, and we’ve been doing our level best to branch out, with the Bodcast and our Super Bowl coverage. So let’s put our Overthinking It caps on and subject Fantasy Football to a level of scrutiny it probably doesn’t deserve.

We might as well start with our strengths: “geek culture” is closely associated with “genre fiction” – a/k/a Science Fiction and Fantasy. So what exactly does the “Fantasy” in “Fantasy Football” mean? And what does it say about the broader popular culture, and the common core of humanity at the heart of the things we choose to spend our time on? 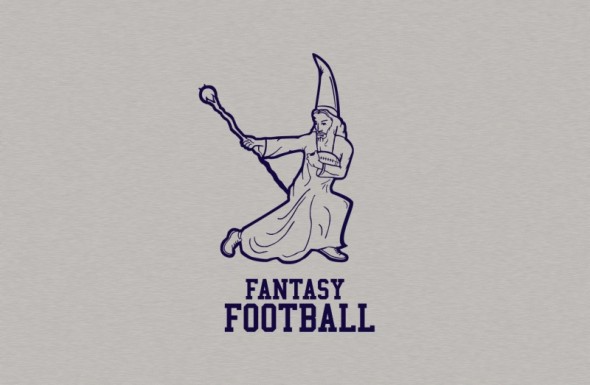 We can start with the definition of “Fantasy” as a genre of fiction. According to Wikipedia, “Fantasy”

is a genre of fiction that commonly uses magic and other supernatural phenomena as a primary plot element, theme, or setting. Many works within the genre take place in imaginary worlds where magic and magical creatures are common.

So at least at first glance, this doesn’t help us much – Fantasy Football does not rely on magic or the supernatural for plot, theme or setting. Indeed, it’s tightly contained to the mundane world of statistics: yards, catches and touchdowns.

Similarly, I don’t think most people approach building a Fantasy Football team in the same way that they might imagine who would be on their “Dream Team” a la the 1992 Men’s Olympic Basketball Team. Part of the specialness about a Dream Team has to do with the simple joy of seeing so many of our favorite players actually playing together, combining their talents to make something new and different. That’s what makes a movie like the Expendables or Ocean’s Eleven different than just a chart listing the Box Office successes of the different actors involved. Even if you somehow con your friends into letting you draft a Fantasy team with Peyton Manning, Jamaal Charles and Calvin Johnson, you don’t actually get to see what that team would look like, or how it would elevate their play to be surrounded by that kind of talent. 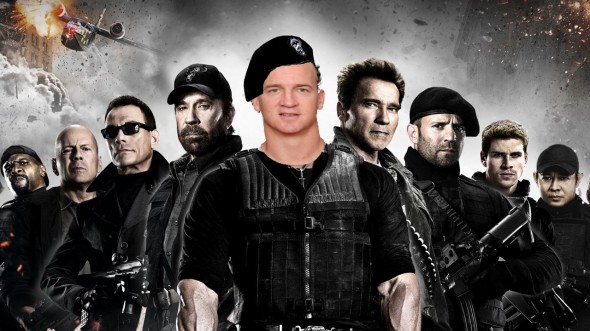 Ultimately, the problem with defining “Fantasy” in the context of Fantasy Football is identifying a story in the teams that we create. The fiercely competitive nature of the drafting process makes emotional attachment difficult – it’s not a D&D game where we can lovingly create the backstory of the players on our team, or choose the Warrior because we like the kind of play style associated with it, and we like to imagine swinging a giant broad sword around. Maybe you really love LeSean McCoy and the Eagles, and your want to build your Fantasy story around his season – but man, if you get that #10 pick in the Snake draft and all the elite RBs are off the board, you better be ready to readjust with a killer QB/WR combo.

That said, I’m not ready to give up on finding the story at the root of Fantasy Football. OK, so we don’t imagine ourselves juking and jiving our way to a touchdown every time ourRB puts up 6 points. For better or worse, the stories we tell about our teams aren’t really fantasies of playing football – no, the Fantasy in Fantasy Football is imagining running a football team. We’re not the Warrior or the Mage – we’re the old man who assembled the team and sent them out on their quest. In short, when we brag about how our Fantasy team did last week, we’re bragging about our business acumen – our ability to pick winners, buying low and selling high.

And here, there’s an interesting reflection back to the world of “geek” culture. Because a similar trend of commodification has largely infected the world of movies and television, most particularly in the realm of genre fiction. Bemoan this if you will, but the “success” of a brand new release is defined first and foremost by the film’s financial success, and not its artistic or rhetorical success. Indeed, we often compare the “Box Office” of a movie to the “Box Scores” of the previous day’s baseball game – arguably to the detriment of films as an artistic medium.

With all of that said, I think there’s something more important linking the world of Fantasy (the genre) and Fantasy (Football). For some, Fantasy is about money, but I suspect for the vast majority, the bragging rights are what matter – at most, there’s a round of beers or a ceremonial helmet at stake. For me, Fantasy Football provides a chance every year to connect with family and friends. I’m in year 8 of a Keeper league with friends from college, and year 7 of a league with my family and friends from my hometown (sorry Free Beer is the Best Beer – we’re only on year 5). Every Season, the trash talk starts in August and keeps going through December. Come hell or high water, Fantasy is going to happen –  I’ve updated my roster from ships deployed at sea and Wi-Fi hotspots in hotel lobbies in Djibouti.

It’s not just old friends either – something like Fantasy Football (or Overthinking It!) is a great way of forging bonds with new friends. Ultimately, pop culture is about a common touchstone that we can use to enrich our relationships with the people around us. Whether we’re meeting a new person or catching up with old friends, pop culture provides a bridge. We can go into work on Monday morning and talk about Sunday’s games; we can talk about how many points Wes Welker needs to put up on Monday Night Football if we’re going to hold on to our playoff berth; we can commiserate over the touchdown that got vultured away from Matt Forte after he got tackled on the 1 yd line.

And to the average fan, the exploits of Tom Brady on Sunday afternoons in the Fall are not all that distinguishable from the exploits of Jamie Lannister on Sunday evenings in the Spring – you’re still going to go in to work on Monday and talk about that crazy thing that happened at the Red Wedding/in the Fourth Quarter. 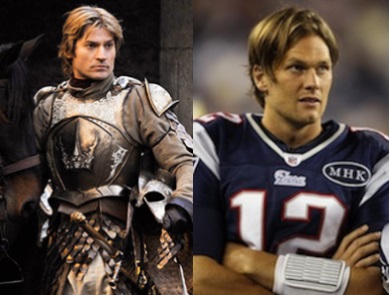 Like Fantasy Football, pop culture has given me a wonderful chance to meet and stay in touch with a whole community here on OTI: even if you’ve never met me, there’s a good chance that we could share a long conversation about the relative merits of Star Wars or Breaking Bad. The “Fantasy” in Fantasy Football is no different from the one played out in Middle Earth or Dungeons and Dragons – it’s the creation of world where you and all your friends can play, and a world that helps turn strangers into friends.

So I guess what I’m saying is: Overthinking It Fantasy Football League?

Overthinking It Fantasy Football League. (Sign up in the comments!)

4 Comments on “SF/F Football: What’s the “Fantasy” in Fantasy Football?”