(Spoilers for all seasons of Breaking Bad ahead. And for Star Wars, I guess, but if you haven’t seen Star Wars, that’s on you.)

Breaking Bad’s creator, Vince Gilligan, often described the goal of the show as “Taking Mr. Chips and turning him into Scarface.” And there’s no doubt that he succeeded – Walter White aka Heisenberg is an iconic character, and Breaking Bad will rightfully go down in pop-culture history as the ur-text of how a good man becomes a villain. 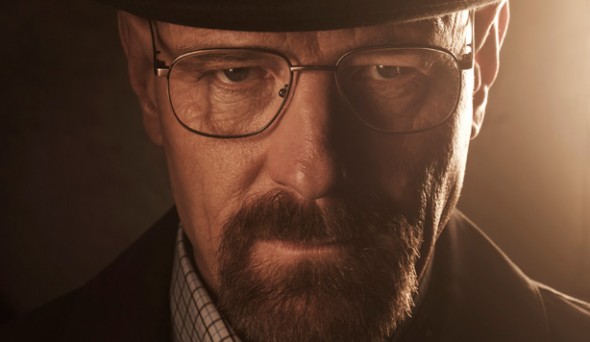 Walter White’s path from mild-mannered teacher to the depths of evil is a long and winding one, taking up five incredible seasons of television. He begins as a teacher, so low in status that he is forced to work a second job, cleaning the cars of his students. Within a short period of time, he discovers two crucial facts: that the well-being of his family is threatened by his looming death, and that he has the ability to make money by selling highly-concentrated meth. From, here, his path is strewn with moral compromises, each one a little bigger than the last. He begins with killing  Krazy 8- a monster who probably deserved what he got; and ends with poisoning a child – a final signal that he is all the way evil.

Eventually, he’s gone so far that his original reason for “breaking bad” is a distant memory – he’s not in it for his family, or even for the money, he’s in the “Empire business.” As a result, he loses the family he set out originally to save. Finally, he’s confronted with the true extent of his evil in the person of Jesse, beaten and enslaved. His last act is to save his one-time “son,” and in this moment he is at least partially redeemed.

But let’s look at another good-guy-turned-villain, who was also in the Empire Business: 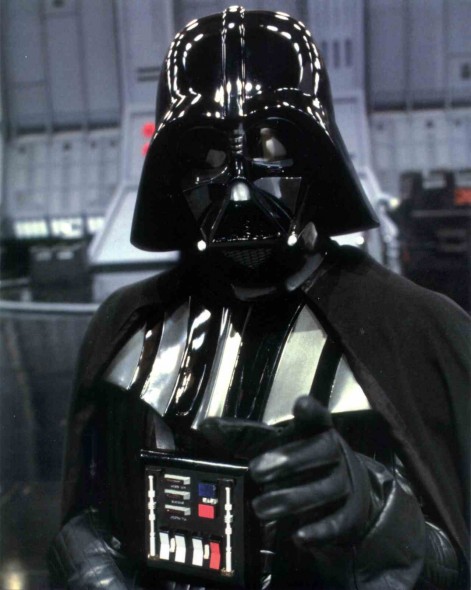 Looking at our summarized list above, we can see that Anakin’s transformation into Darth Vader is strikingly similar to Walter White’s path to Heisenberg.

Anakin begins life in the lowest possible status – as a literal slave. He discovers a great power within him – instead of highly-concentrated meth, he’s got highly-concentrated midi-chlorians. His path to evil is similarly motivated – “I did it for my family.” His first moral compromise is an understandable one – the murder of the Tusken raiders that killed his mother. His transformation to full-on villain is completed in the same way – the harming of children. From there, he’s just a bad guy, pursuing power at all costs.

Then, at the last minute, he is confronted with the true cost of his evil – his son, writhing in the floor in agony, about to be killed. In his final act, he saves his son – and at least in part, his soul.

The original Star Wars trilogy is a master piece -but Darth Vader doesn’t fall from grace in Episodes IV-VI. He’s already fully-formed evil incarnate. As I’ve argued in this space before, the story of “How Anakin became Darth” is not nearly as satisfying a story of “How Walter White became Heisenberg.”

What I want to do in the rest of this article is explore what these stories have to say about how pop culture views evil, and how the original trilogy (Episodes IV-VI) and Breaking Bad handle this in such a different way than the more recent Star Wars films.

“I did it for my family”

Anakin and Walter White share a desire to save their family – in the same way that Darth Vader and Heisenberg share a desire for power. In both cases, we’re exposed to a version of evil that is a corruption of something that we value – family.

A good point of comparison is this scene: 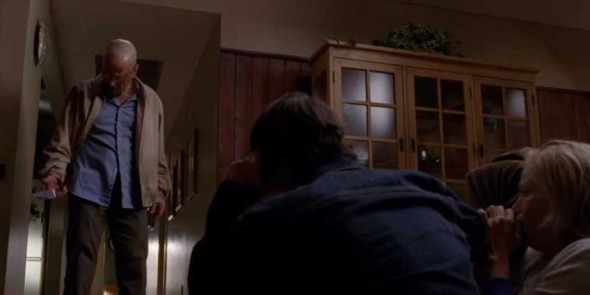 Both lay bare the choice that our (now) villain has made – it was never about family, it was always about power.

What’s important to note is that this tension between family and power aren’t unique to the Darth Vaders and Heisenbergs of the world – what these stories are highlighting is the self-deception that we all practice to a more or lesser extent.

Breaking Bad is essentially a series of moral compromises – Walt’s fall from grace is a set of incremental steps into oblivion. He doesn’t start out poisoning kids or planting car bombs – his first murder is contemplated for nearly two episodes, and in the end is essentially an act of self-defense, having discovered that  Krazy-8 intends to kill him with the shard of broken plate.

From there, it’s a long slow fall- he doesn’t kill Jane per se – he just lets her die. He murders two drug dealers by running them over and shooting them in the head – brutal, sure, but this is essentially self-defense. Soon, he dispatches Jesse to kill Gale – the death of an innocent, though at least motivated by desperation. Each step is more evil than the last, but not so evil as to seem out of place for this increasingly poisoned soul. 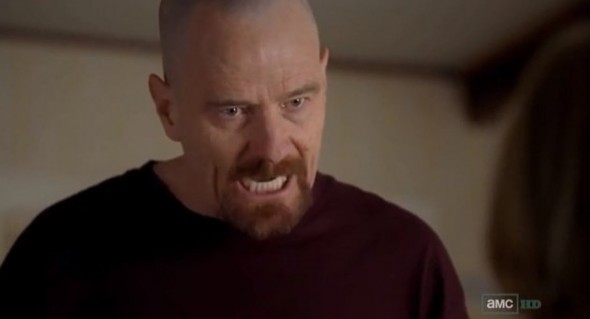 I AM THE ONE WHO IS YOUR FATHER

As I argued in my “Banality of Evil (Origin Stories)” article, the fall of Anakin is not as compelling as the fall of Mr. White, in large part because we simply don’t believe it. Anakin goes from hero of the Republic to mass-child-murder in what seems like the blink of an eye. The earlier movies try to feint at an arc towards evil with his murder of the Tusken raiders and the execution of Count Dooku, but we’re never really sold – these seem like at most moments of weakness for an otherwise good soul, not the slow corruption of a budding monster.

A Modicum of Redemption

The last, and possibly most important, thing that our two characters have in common is that although they lived as villains, they died as heroes – or at least as not-villains. Darth Vader, confronted with his own son being electrocuted, finally sees what his evil has wrought: 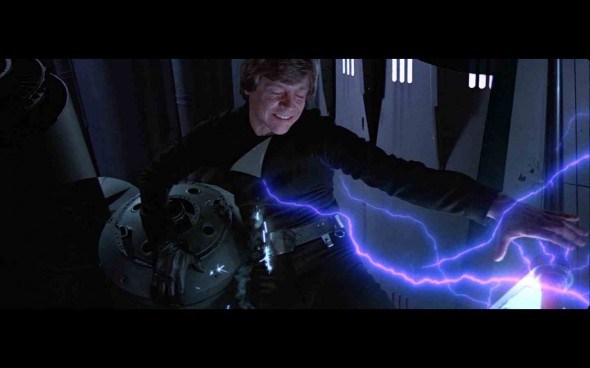 Compare with Walter White’s realization of what has happened to Jesse: 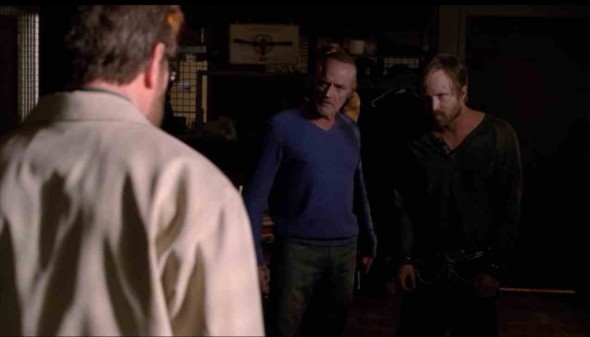 What both these scenes try to get at is the limits of self-deception: Darth Vader can tell himself he’s doing this for the greater good all he wants, but when confronted with his own flesh-and-blood, suffering at the hands of an even greater evil, the facade falls away.

Even before the final season of Breaking Bad aired, Vince Gilligan commented on the influence that his Catholic upbringing had on the moral universe of the show. Though Walt has plumbed the depths of sin, he is still redeemable. Jesse and Luke play the role of the Christ – suffering so that the evil man can be redeemed.

To some extent, this is why the re-released “Special Edition” of Return of the Jedi rings so hollow. In the original release of ROTJ, the reincarnated Annakin is the same age that he was at his death – though he is redeemed, his actions have not been erased. In the re-rerelase, the reincarnated Anakin is young again – all the murder, conquest and planetary genocide has been brushed away, as if it never happened. 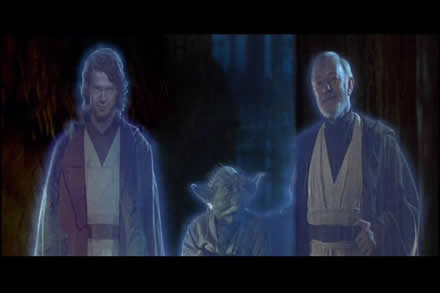 Breaking Bad wisely averts this White-washing. Though Heisenberg is partially redeemed in the end, he can’t undo what he has done, and the meth-cooking part of him is still alive until the very end – Skyler and Junior will continue to live with the shame of what he has done, and nothing will erase all the death that he has unleashed on the world.

The Wages of Sin

For both Darth Vader and Heisenberg, the end was inevitable: 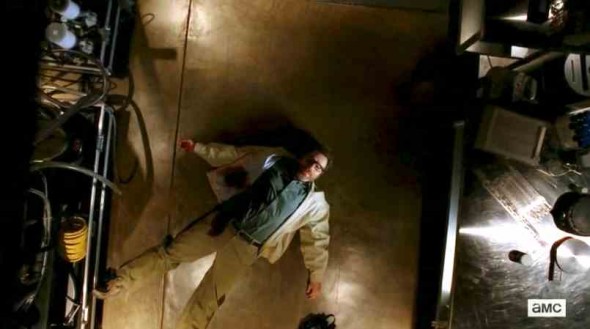 As an audience, though we say we want our villains redeemed, ultimately our sense of justice (or revenge) demands retribution. Darth Vader can’t just blow up Alderaan and get away with it. So both stories allow us to have our cake and eat it to – the villain is slain, but his soul was saved.

8 Comments on “The Empire Business”