(SPOILERS for the most recent season of Mad Men follow) 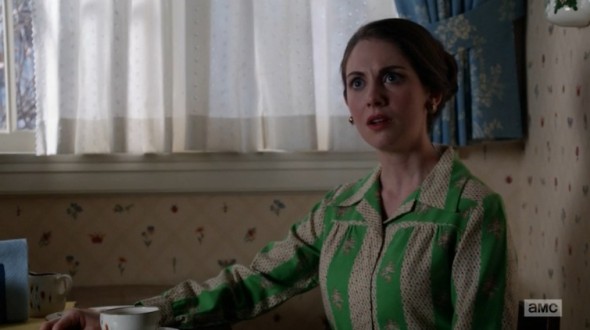 Pete Campbell (played by 90s heartthrob Vincent Kartheiser) continued his gradual, tragic descent on the most recent season of Mad Men. Emboldened by his successful affair in S5 – with Kartheiser’s future wife, Alexis Bledel – he continued his shenanigans with the neighbors, only for his wife to discover and kick him out of the house. Pete ended S6 in an eerie parallel of Don Draper in S1E1, watching his child sleep while his wife looked on from the door – perhaps a hint that Pete’s arc was to mirror Don’s.

But why exactly did Trudy kick Pete out? Or, more to the point, why did Pete get caught? Is it indicative of a theme that Mad Men had visited before – that Campbell is an emblem of a generation that’s trying to emulate their older masculine idols and failing? Or was it because Alison Brie wouldn’t be around as much?
Brie may have first caught our eye as Campbell’s bubbly wife in S1, but her star took off with her role in NBC’s benighted sitcom Community. Since then, she’s enjoyed a number of indie film roles (Save the Date, Kings of Summer, The Five Year Engagement) and continued to tour with her West Coast band The Girls. Clearly, even if the writers wanted Brie to stay around (and who can blame ’em, right? HIGH FIVE. Anyway…), her other interests would have pulled her elsewhere.

Or consider Lane Pryce (played by Jared Harris), last vestige of Sterling Cooper’s European ties. As the financial demands of position clashed with his stubborn British pride, his position in New York grew untenable. Pryce was driven to suicide, attempted first with the agency’s flagship account, later in the agency’s offices. For a man caught between a rock and a hard place, such a date was inevitable.

Or was it? Jared Harris’s film career has seen some recent success, with distinctive roles in both the Sherlock Holmes sequel and in Lincoln. While Mad Men may have been one of the best shows on cable, its shooting schedule doubtless conflicted with a major motion picture. It’ll be easier for Harris’s star to continue ascending note that he’s been written off the show.

Hoping for Alison Brie in a low-cut top? Not a chance, you blighters!

While I can’t read the minds of either Harris or Brie, it’s obvious that there were economic incentives that kept those actors from continuing in their roles indefinitely. In circumstances like these, it’s easy to assert that the economic circumstances have primacy. If the actor can’t show up, it doesn’t matter what the writers intend. So it’s tempting to say that the narrative – Trudy dumping Pete, Lane hanging himself – is dictated by the production, not the production by the narrative.

We don’t need to limit ourselves to prestigious cable dramas. Consider Two And a Half Men, for years the most popular sitcom in America. Why did Charlie Sheen’s character vanish, only to be replaced by Ashton Kutcher? For reasons I hardly need to elaborate. Why did How I Met Your Mother meander through a few years without advancing the show’s chief conceit of how the protagonist met his future wife? Because the show was succeeding at finding a primetime audience, so there was no incentive to wrap it up and every incentive to keep it going. Or consider Jack or Liz’s succession of paramours on 30 Rock: Salma Hayek, Jon Hamm, Julianne Moore, Matt Damon, and so forth. Why was each relationship guaranteed to fall apart within four or five episodes? Because that’s how long NBC could afford to keep them as a guest star.

Of course, once you crack this metaphorical can of Pringles, it’s hard to stop eating. Why do so many primetime dramas and sitcoms revert continually to an accessible status quo? Because the shows need to be sold to advertisers. Why do the relationships between characters never advance? Because the actors are under contract. Once you take that step back and examine each show through an economic lens, all narrative becomes a footnote on a production invoice. The story is a line item, like the craft services table or the lighting (and, in the era of reality TV, an easy line item to cut).

This is always possible. The question: is it fair?

Years ago, in talking with the other writers at Overthinking It, we came to the consensus that we wanted the site to replicate the experience of talking with your well-read friends after sharing some entertaining piece of pop culture. Making a new friend by discussing different interpretations of Breaking Bad, for instance, or staying up all night in your dorm lounge and discussing The Matrix, or arguing over whether Physical Graffiti or Houses of the Holy is the better album. While each side has an argument to advance, the joy is in the conversation: the give and take, the unfolding and revising of viewpoints, the mutual discovery. The conversation doesn’t work if there’s an ur-argument that ends every discussion.

And yet, the role of budget and production dictates the shape of television narrative in a way that few other art forms labor under. You can talk about money with every type of art, granted, but, in the more established forms, you have a harder time saying cash rules everything around the muse. It would be foolish to say that Picasso painted cubic ladies because he thought that’s what would sell – chiefly because it didn’t; he was dirt poor until very late in his life. The economics of financing a movie are weird and varied – read Mamet’s Bambi vs. Godzilla or Goldman’s Adventures in the Screen Trade – but frequently boil down to executives promising producers a certain budget up front, rather than a project having to prove itself out month over month. So while movie money isn’t the same as the more stable investments, like real estate or commodity speculation, it’s not subject to the same whimsy as advertising and primetime viewer demographics. It’s TV in particular where the cart and the horse get tangled up. 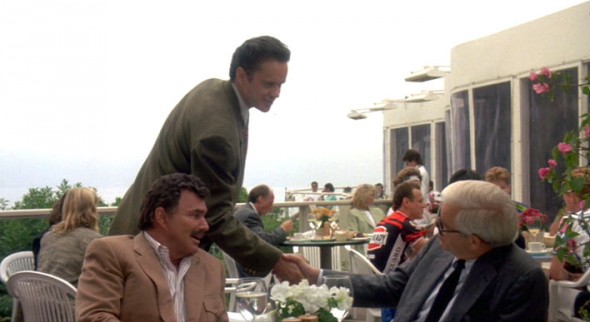 So, three questions for the Overthinking It readership:

I’m undecided, Overthinkers, so you tell me. Sound off in the comments!