If you haven’t already, check out our Podcast from Sunday night, discussing the recent Ender’s Game film adaptation.

And no, OTI has not become an Ender’s Game fan site, my one-man campaign to make it one notwithstanding. I started off Enderthinking It about six months ago with the premiere of the trailer, and have had a great time discussing the book with Matt. 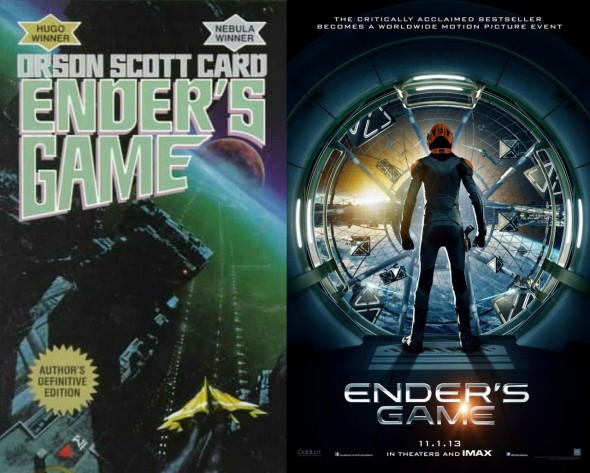 I said something on the podcast that I wanted to break down a little bit: Ender’s Game the movie was a very succesfull translation of the book, but a complete failure as an adaptation. What I mean by that is that the movie does an excellent job of getting the surface details correct. The casting was spot on (with one notable error), and the visuals were stunning. Even most of the individual scenes of the movie, taken in isolation, worked. Adding them all together though, and the movie failed to have the same sense of purpose that has made the book stay relevant for so long.

Last week, I laid down some signposts of what I thought the movie would need to do in order to be a success. I said that a successful adaptation needed to get the following things right: 1) The Battle Room; 2) The Fight with Bonzo in the showers; and 3) the dual “twist endings” of the book. We’ll talk about each in turn.

We’re off to a good start. For me at least, the Battle Room was by far the best part of the movie. First off, it was visually stunning, particularly the choice to make the walls clear so that you could see the Earth beneath it. That’s a great example of a deviation from the book that worked effectively. Second, and what’s even more surprising, is that it did a surprisingly good job of establishing the geography of the various players, and then keeping you oriented to where they were in the Room. Lots of action movies have trouble doing this in battles between two guys having a knife fight in a small room, so keeping you oriented in 3-dimensions with armies of dozens of kids was particularly impressive.

The movie had a bit of a checklist quality to it, ticking off the scenes of the book. And as a result of trying to do everything, everything loses. I would have gladly given up the entire lake scene in exchange for another ten minutes of Ender training Dragon Army, or another Battle Room sequence. 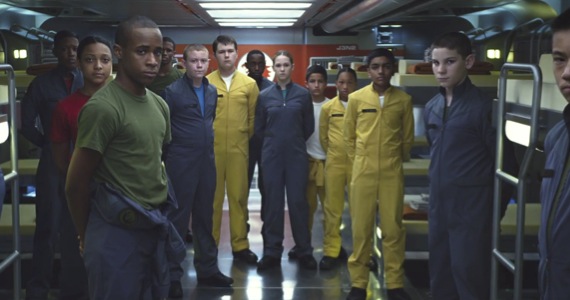 In the book, the Battle Room serves an important purpose, on top of just the “woah, cool action!” factor. Ender’s leadership of Dragon Army is where we get to see why Ender is supposedly So Damned Good that they put him in charge of an entire fleet. We talked extensively on the podcast about the different ways that Ender is an effective leader and manager, and how he earns the trust of those that served beneath him.

The movie has almost no time for this – there’s no training, no sense of what makes Ender a good commander and Bonzo a bad commander, or what makes Dragon Army the best.

So the Battle Room was great – it just needed to get some more screen time.

2. The Fight With Bonzo

I mentioned above that the casting was great with one exception, and Bonzo was it. Don’t get me wrong, the acting was fantastic, and Moises Arias did a great job. But the optics of the casting completely changed the way that relationship played out. Ender was not only not smaller than Bonzo, but he was almost comically larger. As a result, the bathroom scene had a very different tone – instead of a fight against desperate odds for Ender, it seemed like a much more evenly matched affair. 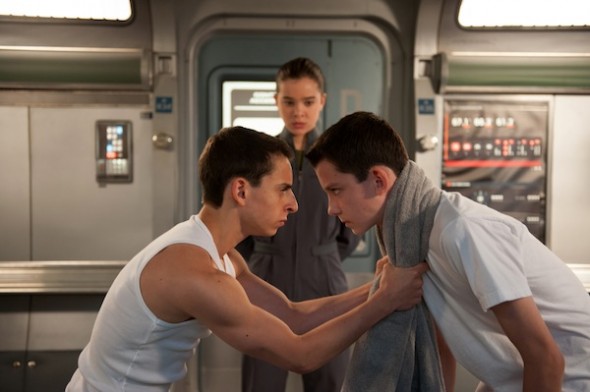 More importantly, the movie pulled two crucial punches in the portrayal of the fight: first, in the way that Ender injures Bonzo, and second, in the fatal results of the fight. While the fight was intense in the movie, the moral stakes were completely altered. I was worried that the movie would be “whitewashed” – and that’s exactly what happened.

A. The “It was never a game” reveal

Particularly, I was disappointed by the actual moment that the truth is revealed. I’ve always been moved by the reaction of the Generals and Admirals watching Ender’s final battle, since up to this point, the military men that are manipulating Ender have been largely impassive, almost robotic in the way that they act in front of him.

But at the moment of victory, they react as would expect humans to react in the moment of final victory, with weeping and praying. In the timeline, the Formic War has been raging for decades. For the Generals in the room, it’s the war they’ve been fighting their entire lives, and it’s finally over.

In the movie, however, the Generals barely react. They turn away, to look at screens and talk amongst themselves. A little later, they start some applause for Ender, with basically the same level of enthusiasm that you’d expect if he had played a particularly tough Mozart piece at a high school recital.

B. The “Buggers were never coming back” reveal

This reveal, on the other hand, was telegraphed from the very beginning, to the point that it’s almost not a twist at all. I never really got a sense of the magnitude of the Bugger Threat, or the desperate feeling of the Earth’s cause. Like the fight with Bonzo, the fight between the humans and the Buggers seemed evenly matched at best, or with the humans as the David to the Bugger’s Goliath.

This is an important difference. Ender’s Game (the book) is a product of the Cold War, when we faced a peer-enemy: a bloc of nations that overmatched us in population, and had to be defeated with technology and tactics. Now, the zeitgeist is one of the War on Terror, where our enemy is dangerous and scary, but not an existential threat. So the Buggers, instead of being spread out over dozens of worlds with uncountable billions of soldiers, has just one crappy world with no water.

This reveal, of course, is another place where the short length of the movie did the story no favors. The need for Ender to be able to find the Hive Queen within hours of the final battle meant an exceedingly silly scene with him literally walking outside the main human base and finding not only a live bugger but the actual Hive Queen cocoon.

I mentioned that I’d keep my eyes open for a potential sequel direction, and while obviously the “Ender wanders the universe” plot line is very much open, it’s in a very strange way, and one that doesn’t easily lend itself to the story of Speaker for the Dead. There’s no colony worlds for Ender to go to, so it’s a little unclear where he was actually going with that little shuttle. 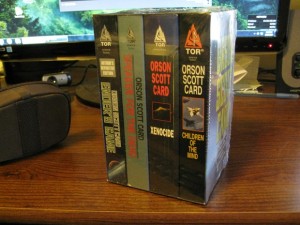 The best hope we have is for a Bean-centric story. I liked the actor and that they introduced him earlier on in the story, but they undercut his role substantially by cutting out his role as Ender’s confidante.

All of that said, there is news that Card is planning a series of sequel novels entitled “Fleet School,” explicitly targeted as a YA franchise. This seems like a fairly naked cash-grab/movie-bait, so we’ll see. Suffice to say, I’m skeptical that these books can be anything but a pale ghost of the original series.

That said, I’ve come both to bury Ender’s Game and to praise it. While the movie was a let down in many ways, I still enjoyed a lot of it. Like Pete, I enjoyed the movie even while noting it’s many flaws, and I’m still happy that the book eventually made the jump. More than anything, though, I’ve enjoyed the chance to talk about this book with the entire OTI community. I’ve learned a lot about this book that I love so much, and will hopefully continue to be able to revisit the story again and again in the future.

7 Comments on “Enderthinking It: So This is the End. Er.”