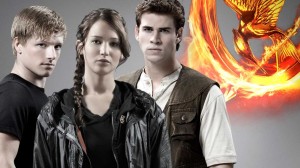 This week writer S.E. Sinkhorn wrote a thought-provoking post contending that love triangles are empowering and those who roll their eyes at these stories are doing so for sexist reasons. Too often that second point is true. Certain readers say things like, “Ugh, Protagonist is such an annoying whore! Why doesn’t she just pick one already? Bitches be fickle.” Other readers hate not only love triangles but all love stories, because romance is unimportant girl stuff, as opposed to important boy stuff like football and punching.

So yeah, some readers have sexist points of view about literary romances and love triangles. But I also think it’s wishful thinking to suggest love triangles are inherently feminist or empowering. Just because a heroine gets to make a choice in a story, it doesn’t mean the story is pro-choice and therefore feminist.

I think the issue is that we expect all stories about a young female character to end with the heroine in a stable heterosexual monogamous relationship, and in many stories female leads have no choice in whom they end up with. They end up with the male lead, because that’s the way these things go. In comparison, a love triangle seems exceptionally feminist. Now the heroine has some power over the conclusion of her story. She can end up with Edward or Jacob, Peeta or Gale, Stefan or Damon. She is a sexually-empowered woman in control of her romantic destiny.

Doesn’t it follow, then, that she would be even more empowered if she had even more choices? How about instead of a love triangle we start writing harem stories? I’m referring to the anime subgenre of harem anime, in which a young everyguy somehow has three or more beautiful women wanting to become his girlfriend. The story ends when he finally chooses his girl: the hothead, the domestic, the shy one, the robotic one, the ditz, the “slut”…

I always thought this genre was silly wish fulfillment, but maybe if we switched the genders it would somehow become empowering. Like how The Bachelorette is empowering. I know every time I watch The Bachelorette I feel more empowered. Equal pay? Control over my reproduction? Nah. Give me a choice of 20 pieces of man meat and I am good.

In all seriousness, there is a realistic way to give heroines choice when it comes to men: have them date several people over the course of their trilogies. That’s how things sometimes work in the real world. It’s not always, “Meet a guy; marry him” or “Meet two guys; marry one of them.” Sometimes it’s, “Meet a bunch of guys, date one, break up with him, have a friends-with-benefits situation with another guy, meet a third guy, have an open relationship with him, find out it doesn’t work for you, go on okcupid and date five more guys, and then maybe get married.” Maybe that’s not as romantic as finding your one true love on page 2 of your life story… or maybe it is.

Obvious problem with this solution: If you give the heroine five choices, there will be at least five different kinds of shippers in your audience, and if she ends the series with Guy A, the fans of Guys B, C, D, and E will freak out, which means they might not buy your next book. I have no solution to this problem, unfortunately.

There’s another kind of romantic choice a heroine can have: she can decide to own the fact that she doesn’t want a guy at all; she wants the girl. Consider Malinda Lo’s Ash, where her version of Cinderella (quite wonderfully) passes up any princes for a huntress. Or what about a heroine who exercises her choice by dumping both guys in the triangle and going home to masturbate? (Sorry, I’ve been watching too much Adventure Time.) Fans might revolt, but this does happen in real life sometimes. Just because two guys come after you, it doesn’t mean you want to date either of them. The love triangle model all but forces women in this situation to choose one of the two no matter what, which in my opinion is a terrible lesson to give to teenagers.

I’m sure I’d like the “choice between two guys = empowering” construction better if YA fiction had more variety in the kinds of guys the heroines get to choose between. Unfortunately many love triangles are paint-by-numbers, pitting a stereotypical bad boy against a stereotypical “nice guy.” That gives me pause. Any love story that seems like an example in a book for pick up artists might be problematic from a feminist perspective. 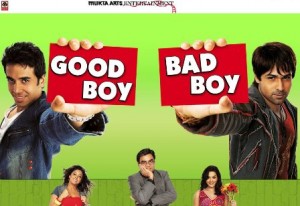 Consider the Bad Boy of YA lit. He’s mysterious. He’s ripped. He’s humorless—no, strike that. Emotionless. He has few ties—no real friends, likely no family. He’s violent. He might have even been sent to kill our heroine. But once he’s met her in person, he knows she is meant for him. It is insta-love and nothing, no one, will get in its way.  And anything that does will be dealt with.

Yeah, to me, this guy sounds like an abuser. Oh, sure, he’s not hitting the heroine yet, but look at that list. Emotionally-stunted, violent, possessive. Oh, boy, do I ever want to date him!

Luckily we have another option: the Nice Guy. He has emotions. One emotion. He’s compassionate. To the heroine. He listens to her. He sacrifices himself for her, because she is the only thing that matters. Like the Bad Boy, he probably has no real friends. Nice Guy understands the heroine without her having to say anything. She doesn’t need to. He knows her. How does he know her? As I mentioned in this post, he’s probably stalked her once or twice, but he swears! It was only so he could protect her! He deserves the heroine because he idolizes her. And at least he’s not abusive like that other guy. Well, not until our heroine falls off her pedestal. But that won’t happen until after the book is over, so readers won’t have to see the fallout.

I’m over-exaggerating, I admit, but I’m not far off from reality. This story isn’t fair to guys, either. If you’ve read my book

and futzed around with my female character flowchart, you’ll notice I’m not a huge fan of treating entire genders as symbols. In my mind, it’s just as unfair to split the entire male gender into Nice Guy/Bad Boy (or idealism/cynicism) as it is to split all women into Madonna/Whore (which is another way of saying Nice Gal/Bad Girl).

So what is to be done?

My hope is that instead of deriding love triangles as annoying or praising love triangles as empowering, we continue criticizing books with problematic love stories and praising those that do romance right. There are many YA love interests out there with actual personalities who are neither abusers nor stalkers. They communicate. They are not emotionless assassins. They have flaws, but not scary flaws like “might murder you.” I’m talking about flaws like “sometimes awkward” or “sometimes too proud.” They have lives outside of the heroine. They love her, but not so much you’d fear they’d kill someone or themselves if they broke up. A few even have a sense of humor and friends, like humans do!

And let us praise the great female protagonists of YA who do take control over their love lives. That doesn’t only mean making one simple choice between two guys (one of whom is usually presented as the lesser option) but by looking at a whole range of people, as well as herself.

[What do you think about love triangles? Sound off below in the comments!]