On September 20, 2011, Matt Belinkie sent an email to the OTI writers. The following conversation ensued: 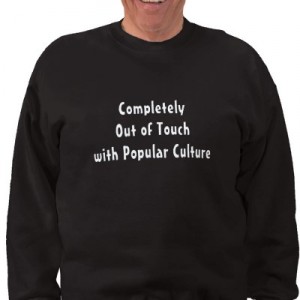 Fenzel: The only TV I watched last week was The Last Starfighter and The Man Who Knew Too Little on some random movie station. I don’t generally watch TV.

Mlawski: My mother’s review: “The new Two and a Half Men was actually pretty good! And Ashton Kutcher… you didn’t see him completely naked, but woof! Whatta body!” Imagine this in a Long Island accent to get the full effect.

Perich: I feel the same way every time I see an article about Tyler Perry’s exceptional success. There’s a substantial swath of America—I might even say the majority – whose tastes are completely foreign to we coastal types.

McNeil: Peter Dinklage, the Halfman, just won an emmy. Two and a Half Men just broke a bunch of records. Robocop is half man, half machine. There’s a post here, but I’m not sure what it is.

Belinkie: We should deal with this on the site. The fact is, Overthinking It sort of ignores the most popular of pop culture. I’m curious – did anyone watch any of the top 25 shows last week?

Stokes: I love Fuerza del Destino. And I found the little bit of Tyler Perry that I’ve seen oddly compelling. And yet I hate Two and a Half men.

It took me a month, but I’ve decided that Belinkie’s right: we should deal with this on the site. We’ve mentioned these shows a lot, but never tried to figure out what’s so appealing about these shows and why tens of millions of people are so into them. At first blush, it seems that none of us know anything about the most popular shows in America, so we’re turning to you for some guidance.

Please help us shuffle off our coastal elitism and guide us in to the cozy living rooms of the millions of Americans who truly, deeply care about the investigators of the United States Navy.

Take the following quick survey and help us get a handle on the juggernauts of broadcast television. Then tell us which of America’s favorite shows you’d like us to overthink. And for those of you who vote for Fuerza Del Destino just because you know I nearly failed Spanish in college: “Yo sabe que donde su casa esta, Shechner.”

I’ll post results next week, but in the meantime, lets drop the Boomers on OTI. Go ask your parents or parental figures why they like NCIS and post the answers in the comments.

71 Comments on ““We are so out of touch with America””