All We Are is Words in the Wind

No examination of GRRM’s use of recurring language in ADWD would be complete without GRRM’s aphorism on language itself. 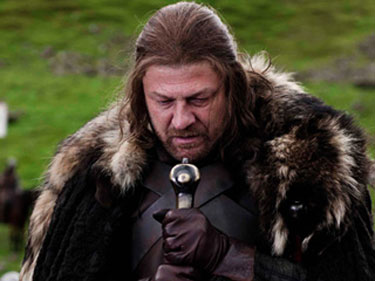 Gods above, more talk about language.

The phrase “words are wind” appears thirteen times in ADWD. Bear with me as I list them all: 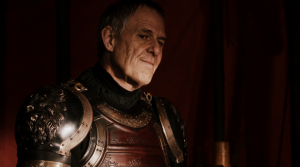 Someone said 'words are wind.' Drink.

Again, no writer uses a phrase thirteen times by accident. And this is a phrase used by people in the North, the South and on both sides of the Narrow Sea: Daenerys Targaryen, Barristan Selmy, Theon Greyjoy, the Martells, the Manderlys, Jon Snow and Kevan Lannister. Everyone says it. It’s on everyone’s mind.

What does the phrase mean?

A speaker says or thinks “words are wind” to suggest that someone’s speech has no weight to it. Wind has no mass. You can’t build a house on it or trade it. Davos can’t prove the truth of his claims, Dany can’t prove her good intentions and Jon can’t prove what people say about him isn’t true. Words last no longer than it takes to say them.

But note that people only say this about speech. No one ever says it about writing. A letter, a treatise or an historical tome all contain words, but no one ever accuses a book of being wind. Westeros is a largely illiterate culture. The words on a page might as well be 256-bit encryption for your average lord or peasant. Yet those words have weight and power. It’s Jon Arryn’s letters, plus the books he used for research, that started this whole bloody war. Speech, we have cause to doubt.

Jon Snow dismisses the rumors that other members of the Night’s Watch spread about him. Yet before he can ride off in disobedience of his vows, the Night’s Watch descends on him, stabbing him with daggers and leaving him to die at the foot of the Wall. “Words are wind,” observed Jon Snow, yet these words helped to kill him.

(Sidebar: though GRRM leaves the ending unclear, and has been known to yank death from the jaws of ambiguity, I’m fairly confident Jon Snow is actually dead. He’s stabbed at least four times by hardened warriors of the Night’s Watch. These aren’t the sort of men to leave a job half-done. That said, there are at least three means for Jon to come back from the dead within a dozen miles of where his body falls, so he may not be out of the equation yet) 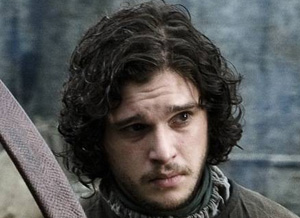 “Words are wind,” says Lord Godric of Wyman Manderly, and yet Manderly’s plans for vengeance against the Freys run true. He spares Davos Seaworth, defying Queen Cersei’s orders and sneaking him out of White Harbor.

Words are wind, thinks Cersei Lannister as she parades naked through the streets of King’s Landing. Yet the words the smallfolk hurl at her do their damage. Cersei can not rule the city with the same regal pomp as before. Rule has to fall to Kevan Lannister, her uncle.

For such windy things, words still seem to carry a lot of force.

Perhaps everyone’s taking the wrong meaning from this old saw. It’s not unheard of. People misuse the exception that proves the rule or begging the question all the time. Perhaps everyone in Westeros uses the phrase “words are wind” to mean the opposite of what it says. Wind is far from harmless, after all. Cold wind cuts Stannis’s ranks to tatters before they can reach Winterfell. Wind carries ships across the sea, bringing Davos to White Harbor and taking Tyrion away from Daenerys. Wind brings the sound of war and the vectors of disease.

And the text supports this:

On the window seat a raven loitered, pale, huge, its feathers ruffled. It was the largest raven that Kevan Lannister had ever seen. Larger than any hunting hawk at Casterly Rock, larger than the largest owl. Blowing snow danced around it, and the moon painted it silver.

Not silver. White. The bird is white.

The white ravens of the Citadel did not carry messages, as their dark cousins did. When they went forth from Oldtown, it was for one purpose only: to herald a change of seasons.

“Winter,” said Ser Kevan. The word made a white mist in the air.

Winter means a changing of the winds. Though we’ve feared the coming of winter since the first chapter of A Game of Thrones, this is the first proof we have of its certainty. Every army in the world has been preparing for battle against foes on all sides. No one has been preparing for this. And the cold wind of winter arrives on the wind itself: on the wings of a raven. 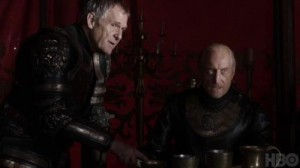 The wind means more than we think, especially in Westeros. So it is that words mean more than people think. Jon Snow neglects his vows (his words, as they’re often called) and is killed. Tyrion’s words turn Aegon Targaryen back from the road to Meereen and on his way to Westeros, precipitating another war. The words of the smallfolk of King’s Landing strip Cersei of her last vestiges of power. The words of winter mean the end of Kevan Lannister and the end of peace in Westeros.

To say that “words are wind” should mean that words can shift the balance between great houses. But no one who says that believes it. They ignore the wind, focusing on their petty schemes as the snow creeps up around them. And all the while, winter is coming. 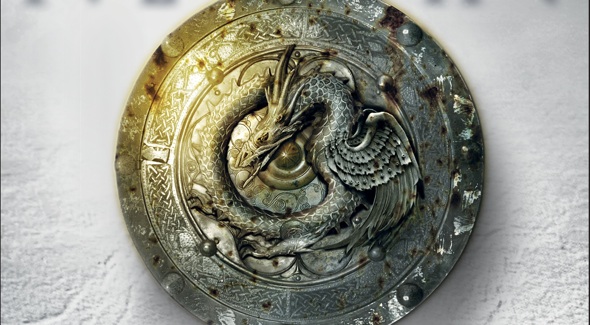