Oh, Oh, I Want to Know-oh, Where Do The Whores Go?

I don’t pretend to have my finger on the blood pressure cuff of the Internet, but I get the impression readers grew tired of Tyrion’s one-track mind by the end of ADWD.

Tyrion Lannister, everyone’s favorite dwarf, asks “where do whores go?” or some variation thereof fifteen times in ADWD. He asks it aloud and he speculates about it in his head. He asks it of wealthy merchants, seasoned travelers, common servants and a few actual whores. The man’s not good for much else. 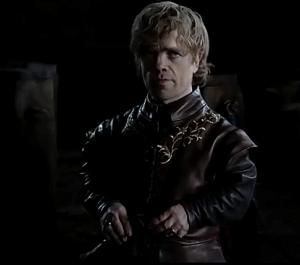 Oompa, loompa, doompaty-do, I've got a whorish question for you ...

It gets a little tiring only because it’s not the Tyrion we’re used to. Tyrion Lannister was born to wealth but steeped in disrespect. He learned to use both his family’s gold and people’s tendency to underestimate him to his advantage. He has always been master of his circumstances, even if he wasn’t totally in control. And he’s always had an agenda.

So to see Tyrion wandering from port to port, repeating the same question like it’s an inside joke, can be a little disheartening.

GRRM clearly wants us to take note of this question (else why repeat it fifteen times?). So let’s consider what we know.

First, Tyrion asks this of almost everyone he meets. He first asks a mute cabin boy who’s cleaning him up before his visit to Pentos. He asks Illyrio Mopatis, the man behind the strings of several plots in the Free Cities. He asks the attendants in Mopatis’s estate. He asks the knight errant Duck, one of Young Griff’s coterie. He asks a whore in Selhorys. Tyrion doesn’t play his cards close to his chest, as he usually would. He spreads his inquiries far and wide. This in itself represents a departure from his usual mien.

Second, Tyrion asks a question that’s not all that mysterious. The blank stares he gets from most of the people he talks to should suggest as much. Asking where whores go is like asking “where are bricks?”. Whores are everywhere in Westeros and the Free Cities. There’s nowhere they’re not. It’s one of the few professions a free woman can enter that doesn’t require apprenticeship, wealth or marriage. It’s one of the few ways to profit off an army on the march. So Tyrion’s question either has no answer or infinite answers.

Third, Tyrion doesn’t really ask the question he’s after. He doesn’t want to know where whores go. He wants to know where Tysha went.

”Wherever whores go,” his father had said. His last words, and what words they were. The crossbow thrummed, Lord Tywin sat back down and Tyrion found himself waddling through the darkness …

But he doesn’t ask anyone about Tysha. He doesn’t describe her in much detail except to Penny, the jousting dwarf he gets bundled with after being kidnapped from Selhorys. 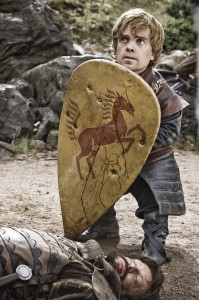 Whence this ambiguity? Whence this hesitation from the normally canny dwarf? To find out what Tyrion has in mind, we may need to go even farther east than he does.

In Zen Buddhism, students may be guided to insight with the use of koans. A koan is a question which defies rational analysis. The cliched riddles of “what is the sound of one hand clapping?” and “if a tree falls in the forest and no one’s there to hear it, does it make a sound?” are popular examples. A koan is not meant to be unanswerable. Rather, it is the process of embracing the multifaceted nature of the universe that the koan contains that shows whether the student has achieved insight.

The point of the koan is to meditate on it. Arriving at the answer and then stopping does not enhance one’s Buddha nature. Rather, pursuing the answer is as much a part of growth as finding the answer.

Tyrion’s not asking “where do whores go?” because he wants to know the literal answer. He’s asking it because he has no other purpose in life. When last we left Tyrion, he was Hand of the King. Then he was accused of poisoning Joffrey, locked up and condemned to death. He was given the hope of reprieve at the hands (or spear) of Oberyn Martell, then had that hope dashed. Having come to terms with death, he was freed at the last moment by Varys, departing King’s Landing with a brief detour to fulfill the Oedipal dream and murder his father. If it’s possible for a man to make sense of his life, everything that made sense of Tyrion’s was smashed in a few short months.

Tyrion Lannister is a man without purpose. The schemes, ambitions and simple hopes that made up his life have all been scattered. Having realized the illusory nature of possessions, ambition, status and even relationships, he’s in the perfect mindset to accept the nature of Zen Buddhism. To attain that state, he meditates on an unanswerable question.