As is tradition, this past summer I attended Fan Expo Toronto, the third-largest comic and scifi and horror and gaming convention in North America, and it’s always a hell of a good time. Last year, I wrote about the role that cosplay has achieved in helping generate human empathy for random strangers. In 2017, the majority of the panels and talks I attended revolved around the craft and business of writing comics, and hearing what all these professional comics writers had to say catalyzed some things I’ve been thinking about for a while – in particular, why the medium of comics (and comics are a medium, not a genre, which is an important distinction) is so good at what it does, and how it achieves effects in its audience that can’t be replicated by any other art form.

Ty Templeton, the award-winning writer and artist who’s worked on everything from Batman to Archie and back again, held a session of his famous Comic Book Boot Camp, where he teaches the skills required to make your own comics for print or the web. I didn’t get a chance to attend that myself, unfortunately, but I’ve heard from people who have gone through the full course that it’s great and well worth it.

Similarly, Jim Zub – also award-winning writer and artist who’s worked for Marvel, DC, Image, as well as doing creator-owned stuff, and in addition a famously super-nice dude (actually all the writers and artists I met at Fan Expo were really nice, and they weren’t even all Canadian!) spoke about strategies for writing and breaking into comics; he regularly writes tutorial posts for aspiring creators on his website, as well as actually responding in heroically gentlemanly fashion to some really inflammatorily-worded questions from some serious garbage babies. 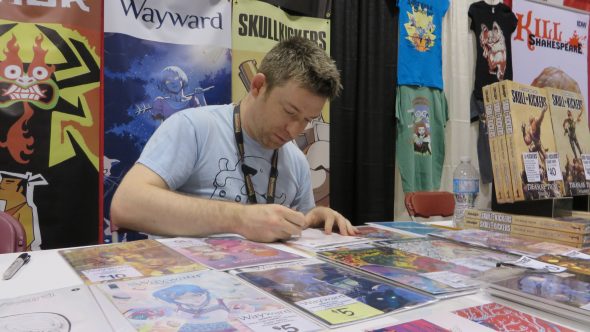 Even if your goal isn’t to be a comics creator, acquiring some of these skills might be a good idea regardless, because as it turns out, comics are great for your brain.

For his talk, Neil Gibson spoke about how and why comics can be useful in both education and professional settings. As it turns out, actual studies have shown that this bastard medium is excellent for both comprehension and memory retention, better than either text or pictures alone. It isn’t simply that comics can be a great way to encourage literacy in kids who might be, for whatever reason, averse to reading prose books, although that is also true. But it’s also proven effective for everything from instruction manuals for industrial manufacturers to anti-racism advocacy. That’s because the way that comics are processed by our brain is substantially different than the way it processes either pure text or pure imagery.

(He didn’t go deeply into the neurology of it like I’m about to do, mostly because he only had an hour and because the people who showed up for his talk wanted to know how to use comics to advance their education or careers and weren’t necessarily interested in, you know, Broca’s Area or whatever. Also he’s way more charming than I am.) 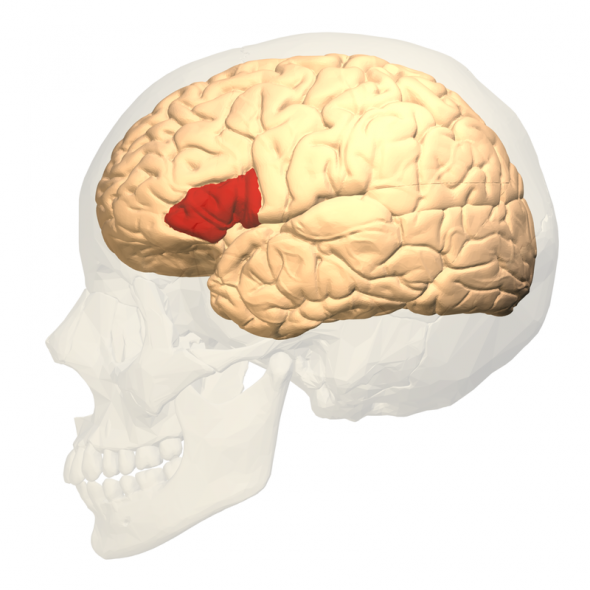 By Polygon data were generated by Database Center for Life Science(DBCLS)[2]. – Polygon data are from BodyParts3D[1], CC BY-SA 2.1 jp, https://commons.wikimedia.org/w/index.php?curid=32508617

Comics light up the visual cortex and the language centre of the brain simultaneously, and according to Hebb’s Rule of neuroplasticity, “Neurons that fire together wire together.” In other words, becoming accustomed to encountering words and images together in this particular type of configuration creates stronger pathways between those two areas of the brain, and the more connections in the brain the better – information processing general stuff you expect your brain to do for you benefit from being used to having multiple modules working together on the same task.

In humans, visual memory tends to be much stronger than auditory memory. Your brain does the same basic thing when reading printed words (which tend to be more easily remembered than auditory speech for most people), translating visual signs into the associated phonemes that then get processed into meaning. But while the symbols are alphabetic writing are completely arbitrary (it doesn’t matter what a letter looks like, as long as it’s associated with a particular phoneme when learning to read), comics also portray iconic signs along with the words – that is, the pictures representing people and objects actually resemble, visually, the people and objects that they refer to. And the brain reacts to this much more strongly than to the symbolic signs of letters and words.

This is especially true when it comes to drawings of people, and particularly drawings of faces. We have a ridiculously sensitive face recognition module. It’s got a hair trigger, really. Your brain wants to make sure that it doesn’t ignore anything that could possibly be a living being, especially a human, and get a sense of its emotional state – whether it’s friendly or about to attack you, and so on. So anything that even remotely resembles a face, your brain processes as if it were a face. The sight of faces (and other aspects of bodies too, but mostly faces) also triggers an empathy response. You intimately associate another person’s facial expression with feelings that you yourself have, which lets you know that there’s (probably) a mind inside that body with hopes and fears just like you. Empathy is a deep and ancient feature of consciousness, and seeing a certain expression on someone else’s face (that’s called an indexical sign, by the way; facial expression are naturally caused by internal mental states, and become associated with them) actually makes your brain experience what it thinks that other person is experiencing. We already know that reading fiction improves the empathy response. Looks like comics may do the same thing even better. 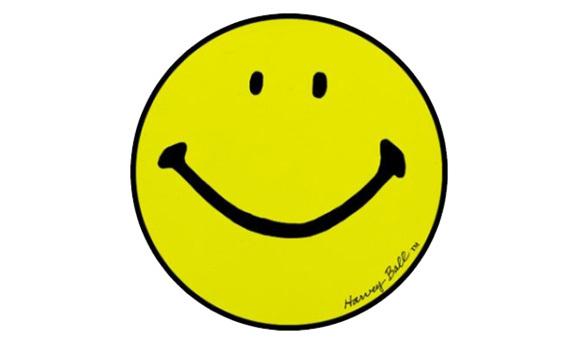 Just a circle and some lines, really.

(At least for neurotypical people; many people on the autism spectrum have reduced facial recognition as well as reduced empathy responses relative to the general population, and there’s evidence that these are related.)

So the way that we experience comics storytelling is more personal than purely written or spoken ones, they resonate more deeply. Your brain perceives them as more important. And we can use this to our advantage in a bunch of ways.

Neil Gibson discussed how, by making our own comics, we can improve memory retention, even if we can’t draw at all. By taking your study notes or workflow into a comic, your brain is going to remember and understand the concepts better than it would purely through written text or a visual diagram. Similarly, Conor McCreery, co-creator of the comic series Kill Shakespeare, showed us how creating comics can help us develop our problem-solving skills, by leading us through a collective plot exercise, inventing a character and situation and inventing ways for that character to overcome every new problem or complication that arises as a result of the last one being solved. (I think it had something to do with zombies taking over Starbucks to help stave off an alien invasion? It was a while ago.)

Members of the multimedia studio Royal Academy of Art and Design (or RAID) were also in attendance; they’ve created comics for some of the biggest companies in the world – the world of business has already recognized that comics is the perfect medium for telling their stories, whether in terms of advertising or internal team-building or whatever.

Comics can simply do things that no other medium can. I’ll give you just one recent example.

In the recent Batman/Flash story The Button, written by Tom King, Batman contacts Flash, asking for Flash’s assistance in analyzing a certain mysterious object (we know it’s the Comedian’s smiley face button from Watchmen, but Batman doesn’t know that). Flash responds that he’s busy fighting some aliens on the other side of the country at the moment and will need some time to finish up with that before heading to the Batcave. Flash asks Batman to give him one minute.

Batman hangs up with Flash, when all of a sudden Reverse-Flash shows up and starts kicking the crap out of him. (Reverse-Flash is a Flash fanboy from the future turned bad. Don’t worry about it.) Now, Batman can’t possibly win a fight against Reverse-Flash; as a speedster, Reverse-Flash can throw a hundred punches in the time it would take Batman to pull out a batarang. But Batman knows that all he has to do is survive for sixty seconds, at which point Flash will arrive and fight Reverse-Flash at his own speed.

Okay, so the rest of the issue takes place over the course of that one minute that Batman is fighting Reverse-Flash while waiting for Flash to arrive. Each panel has a little countdown clock in the corner, displaying exactly how much time has passed and how much is left before Flash is supposed to get there. There are pages where a ton of stuff happens – it’s a cool action scene like you’d expect from a superhero book – but takes place over the course of a single second. The effect of reading this is that you feel stuck in time, looking at these static panels sequentially and really experiencing what it must be like to be massively sped-up, living in a world that moves like molasses.

I recommend you read the comic. Not only is it a storytelling technique that I’ve never seen done before, it’s something that could not possibly have been accomplished in any other medium. You could describe the action in words, or you could film it, or whatever, but the effect on the audience would be completely different – I’d argue it would be phenomenologically and aesthetically inferior. This story could not be told any other way and still have the same impact. Every medium has its strengths and weaknesses, of course. There are stories that can only be told through film or through prose. And comics is no different in that sense. But the point is that comics engages the brain in a way very unlike other media, in that the reader is required to conceptualize time through representations of space. Like prose, the reader can spend as long as they want to on a particular page or a particular sentence; the reader chooses how fast or slowly they proceed through the story and can even flip back and forth through it if they want. But at the same time, events are represented iconically, as in film, hitting parts of the brain that engage the visualization and empathy modules, which resonate more deeply in consciousness than pure text does.

Reading this comic made me rethink the possibilities for human storytelling altogether, and that doesn’t happen very often.

3 Comments on “What Comics Can Do”