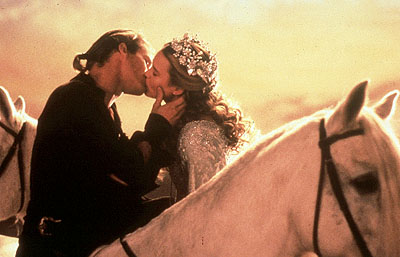 Belinkie: Okay, so Westley spends a few years pretending to be the Dread Pirate Roberts. Can we then assume that Westley has killed hundreds of innocent people? Isn’t it well-established that the Dread Pirate Roberts never takes prisoners? Isn’t the real story of the Princess Bride about a man who becomes a monster in order to survive? It’s basically the Black Freighter story from Watchmen – he gets back to his beloved, but by all rights, she should be horrified by him. Westley is LITERALLY the most depised man in the entire world. It would be like if he spent the last three years running Al-Qaeda.

Now keep in mind, I haven’t read the novel for a long long time. Anyone know it well?

Mlawski: I haven’t read the book in a while, but I just flipped to the section where Buttercup realizes that the man in black is Westley, and she doesn’t have any problem with it. He says, “As you wish,” and she’s like, “YAAYAYYYYYYY!” Basically just like it happens in the movie.

This has always bugged me a little, too. But then, I was also upset when Westley let Vizzini drink that iocane stuff. Wallace Shawn must live!

Belinkie: You could probably write a really funny sketch that takes place immediately after the movie ends, where Buttercup starts to ask Westley a little about his adventures. He tells her the most horrible stories imaginable in this wistful tone.

“Sometimes I miss the sunset over the waves, the cry of the seagulls, and the simple pleasure of having my way with a schoolgirl and making her parents watch.”

“I was thinking of you every second, my dearest!”

Perich: I think we can assume that Westley has cultivated a reputation for being a mass-murderer. But that doesn’t necessarily mean he is one. After all, the grapevine of reputation in The Princess Bride is so inefficient that nobody knows the Dread Pirate Roberts changes his appearance every X years.

Lee: We actually see something similar with the phenomenon of modern day Somali piracy. The public perception of ruthless pirates out for blood on the high seas is pretty far from the reality, which is that it’s all fairly business-like. The pirates have no real incentive to kill hostages, plunder loot, or otherwise cause trouble; instead, they basically seize a ship and wait for the shipping company to get a professional negotiator to broker a deal at market rates…with the professional negotiator that the pirates also hired. 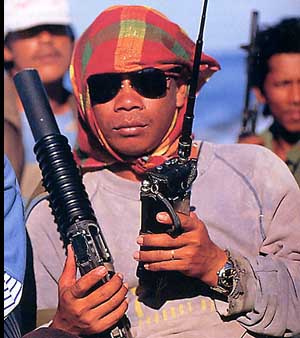 One can only assume that the Dread Pirate Roberts was likewise primarily interested in protecting one of his most valuable assets: his reputation for brutality.

Fenzel: It’s a fantasy – in a fantasy, it is okay, even desirable, for a man to have done a whole lot of really bad shit, provided he is the most desirable man in the story – and as long as he shows signs he can be redeemed, and keeps it somewhat decorous in the presence of ladies, so to speak.

Yeah, take it out of the context of fantasy, show the innocent victims of the Kessel spice trade, show all the people the Dread Pirate Roberts murdered, and you make him less attractive, but it’s important to note that we want to deny these things. We want to not care these guys are murderers.

I’d put this in the “human beings aren’t essentially good, despite our attempts to demonstrate the contrary” bucket.

Stokes: Whuuuuut? Are you suggesting that Wesley is really more desirable than Inigo? Because that is not how my swash is buckled. (Although Inigo too has done his share of dirt, I suppose.)

Perich: So let’s examine for the moment this notion of “women want the bad boy.”

Let’s not get into the whole evolutionary psychology angle, because that’s a foggy road with as many bad turns as good ones. But it’s indisputable that pop culture throws a lot of attractive bad boys at female audiences. The guy in the leather jacket, leaning on his motorcycle. The unshaven man in the pool hall. James Dean, early Johnny Depp, young Charlie Sheen, Clive Owen, James Bond, Severus Snape, etc.

Taking for granted that “the attractive bad boy” is a powerful trope, is Wesley either the pinnacle of that ideal or a satire of it? Is he the Siddhartha or a caricature (Roger Zelazny’s Mahasamatman), to put it cleverly?

On the one hand, Wesley is bad to Buttercup for no reason. He yanks her along by the wrist, calls her mean things and intimates that her love was false. Only when she gets the upper hand on him by pushing him down a hill does he reveal his trump card: hey, I’m that guy you loved! To use a wrestling metaphor: she reverses his position, only for him to reverse her again and end up back on top. By making her, um, weak in the knees (metaphor failing, EJECT EJECT).

So Wesley seems like an unnaturally dark bad boy. He doesn’t just go from callous to lukewarm, the typical bad boy arc. He goes from malevolent to compassionate.

On the other hand, Wesley and Buttercup are both comical people. The book establishes this better than the movie. They’re both a little silly and, when under the effects of love, they can act kind of dumb. So maybe Wesley’s heel-turn/face-turn routine isn’t meant to be calculated – it’s what a silly man thinks is the right idea at the time. Perhaps Goldman, as author, is using Wesley as another comical exaggeration. I’ve already given you the strongest giant in the world, he says, and the greatest swordfighter in the world. Now here’s the most seductive bad boy in the world! BLAM! 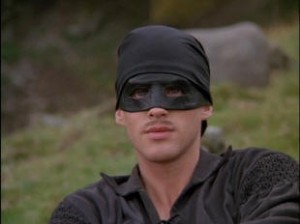 Mlawski: Why are we talking about women wanting the bad boy? Are we implying here that adult women are the target audience of The Princess Bride, and that Westley was designed primarily to be attractive to them? Because I’m not at all sure that is the case. The movie version is framed as a story by an old man for a little boy, so I think it’s fair to say that, in the world of the film, anyway, Westley is designed to be attractive to Fred Savage.

It’s like Han Solo. I’d argue that Han Solo was designed to be attractive to young boys, because they were the target audience of Star Wars. The fact that the females found Han attractive, I think, was gravy. But I personally know a lot more men than women who are in love with good ol’ Han.

The idea that “all women want the bad boy” is quite overstated, I think. For one thing, it’s not always true — when I was a wee lass, I had a crush on Luke, not Han — but, yeah, I was a strange child. For another thing, “bad boy” is a badly-defined term. Speaking for myself and not all women, I can say the fantasy characters I tend to find most attractive are the ones who have some edge — the unshaven face and leather jackets Perich was talking about — but who are ultimately good. (Aragorn and Han being the ultimate fantasy examples; Rick Blaine being the ultimate non-fantasy example.) (Mmm.)

Han shooting Greedo doesn’t undo Han’s inherent goodness, because Greedo is a Bad Guy. (Might as well say that Obi Wan was Bad because he cut a guy’s arm off in a bar.) Other than shooting first, what does Han do to make him a “bad boy”? He’s a religious skeptic, and he doesn’t immediately jump to action to save the day. OK, he’s a smuggler, too, but a smuggler in an Evil Empire, which on the fantasy criminal hierarchy is about as evil as selling pot to your neighbor. D&D-wise, I’d argue all of this puts Han in True Neutral territory at the beginning of Episode IV. By the end of Episode IV, he’s solidly Neutral Good or possibly Chaotic Good. He’s an anti-hero who leans hard toward the hero side of the equation. And anti-heroes of this type are still heroes. Otherwise, we’d call them anti-something elses.

As far as Princess Bride is concered, yeah, Inigo over Westley any day. But then, none of the dudes in that film do much for me.

Shechner: Might I remind you that said film features a six fingered Christopher Guest? 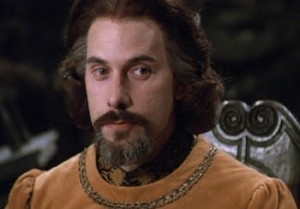 Mlawski: I did consider him, but I thought you’d all judge me poorly if I mentioned it.

Perich: This is for posterity, Shana. Please, be honest.

There. ARE YOU HAPPY NOW

Lee: Side note: Christopher Guest is the owner of two significant moments of “augmentation by one” in movies: “six fingered man” and “these go to eleven.” The next major player in this category is the three-boobed woman from “Total Recall,” which puts Guest in rarefied territory. 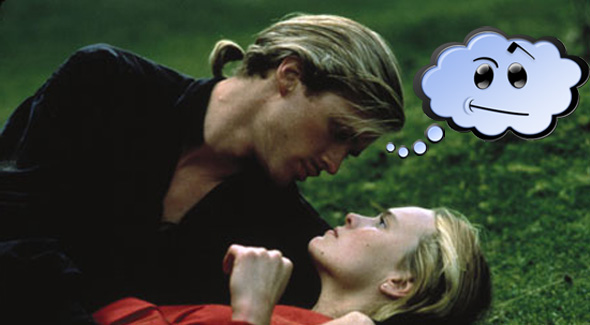 [And that’s where we left it, Overthinkers – on a Paul Verhoeven movie, surprise surprise. But where will you take it? Was the Dread Pirate Roberts really a dire murderer? Did Buttercup make the right call? Sound off in the comments!]

33 Comments on “Think Tank: The Princess Bride and The Dread Pirate Roberts”