The new Kevin James vehicle, Zookeeper, became something of an internet punchline in the months leading up to its release, as the reality that something so asinine could possibly make it into theaters as a major summer release fully set in among the commentariat.

By most critics’ accounts, it has major flaws in storytelling and comedic execution. No surprise. I’m not hear to talk about that. Instead, I’m here to talk about this movie’s relationship with labor market economics and our changing attitutudes towards blue collar work.

From the trailer, we learn that the love interest refuses the titular zookeeper’s proposal because of his chosen occupation. She’s meant to be a stand-in for societal norms that look down on manual labor. We also learn that the zookeeper has an offer, presumably from a friend, to work as a car salesman in a high-end dealership.

This contrast is obviously meant to appeal to the audience’s surface understanding of vocations and their relative statuses. A zookeeper wears a uniform, cleans up animal poop, and works outside. Low status. A car salesman wears a tie, peddles shiny, expensive cars, and works inside. High status.

I’ll come back to explore these shallow prejudices later, but for now, let’s examine the two jobs at hand. First, we have the lowly zookeeper. If he were a lowly attendant solely responsible for cleaning and feeding animals, then the love interest’s derision would be somewhat understandable. According to the U.S. Department of Labor, “Nonfarm Animal Caretakers” (SOC code 39-2021 for the labor market economists out there) typically only require a high school education and earn a median wage of $9.40 per hour.

But this isn’t the lot of our hero. Take a close look at his name tag: 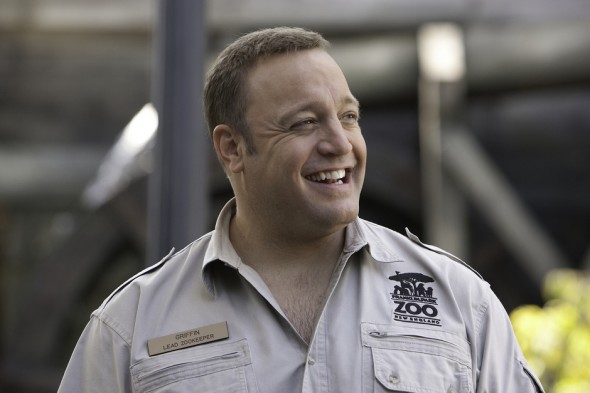 What the hell. Let me blow it up for you to make my point: 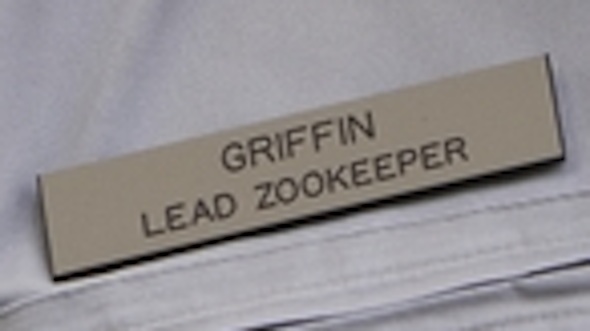 That’s right. He’s the LEAD zookeeper. He’s probably in some sort of management role, either supervising or training other zookeepers at the zoo. He may even have a bachelors degree. Even if he’s neither a manager nor a college grad, it’s clear that he’s not the run-of-the-mill monkey pooper scooper. He has experience–based on James’s age, at least 10 years, if not 20–and he probably earns a modest middle-class salary.

So why abandon all of that for a job as a car salesman?

"Put that coffee down. Coffee is for closers."

Not only would his years of zookeeping experience be worthless in a totally different industry, he’d be at the mercy of his own performance for earnings that are largely tied to commission. As far as his potential sales aptitude, I’m going to go out on a limb and say that the nurturing, empathic qualities that make him a good (LEAD, mind you) zookeeper would probably prevent him from selling a lot of Lamborghinis.  In other words, he’s almost certain to make less money as a car salesman than as a zookeeper, which would do nothing to help him get the girl.

Perhaps the shortcomings of this plan are covered in the movie. After all, it’s a safe assumption that the zookeeper finds out he’s not really cut out to be a car salesman and returns to his true calling of zookeeping. And it’s not at all indicated if the love interest warms up to James due to his career change.

In any event, it’s clear that the movie is playing off the aforementioned societal prejudice against blue collar jobs. This has been well documented and lamented by others to the point of becoming something of a meme. Mike Rowe of Dirty Jobs delivered an excellent TED Talk on the subject:

And Matthew Crawford, former Plutarch scholar turned motorcycle repairman, documented his experience in the book Shop Class as Soulcraft: An Inquiry into the Value of Work. Media accounts of other former “knowledge workers” have left the comfort of desk jobs and air conditioning to start sandwich shops and work on organic farms are plentiful, especially as the sluggish hiring market has caused increased disillusionment with old norms on careers and their associated statuses. 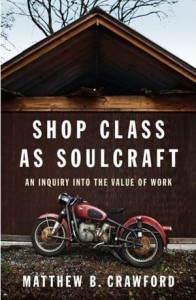 In a way, fixing motorcycles is just like studying Plutarch. In a way.

So when the zookeeper is validated in his chosen blue collar profession and attains self-actualization without having to wear a tie, he doesn’t do so in a vacuum; he does so in a cultural context that has become at least partly aware of its discrimination against blue collar jobs and is trying to atone for it by celebrating labor again.

But is Zookeeper actually part of this same movement? Probably not. Zookeeper isn’t marketed towards the same type of people that TED Talks and Shop Class as Soulcraft are marketed towards. No, Zookeeper is marketed towards children who like talking animals and parents of those children who aren’t deterred by the presence of Kevin James and the apparent half-assed collection of tired cliches that comprise this movie. This may come of as elitist, but there’s a class divide between those two audiences.

Which is ironic, of course, in that the upscale audience that supposedly endorses this resurgence in manual labor is the same audience that turns its nose up at a movie that celebrates this ideal.

Which is a shame, in that this leads to the final irony of Zookeeper: by alienating the upscale audience, the movie ultimately undermines its own attempt at celebrating blue collar work that the white collar world looks down on.

Are you imagining Daniel Day Lewis as the Zookeeper? Did I just blow your mind?

Now, I’m not saying that Zookeeper deserved a prestige-picture treatment (imagine Daniel Day Lewis in the title role) or that a movie can only deliver effective social commentary if it gets a good review in The New Yorker and the respect of high-falutin’ rich folks. Or that this movie even needed to make a serious attempt at social commentary. I am saying that there’s a really interesting conversation going on about jobs and their changing relationship with our notions of self worth, and it’s frustrating to see a movie totally take itself out of that conversation, or any interesting conversation, due to its shoddy quality.

Admittedly, I haven’t actually seen this movie, but in this case, I don’t think it’s actually necessary; I suspect the vast majority of our readers are engaging with this movie in the same way that I have; through its trailer and the incredulous reaction of the rest of the internet to its existence. BUT: if you HAVE seen this movie, I am dying to hear what you thought about it. Not just to hear how well it holds up as a piece of entertainment, but mostly to know if my assessment of the movie’s portrayal of jobs is on point or not.

[Hat tip to OTI podcast listener @JayDubSA for posing a question on Zookeeper which made it onto the podcast and also inspired this article.]

19 Comments on “The Labor Market Economics of “Zookeeper””