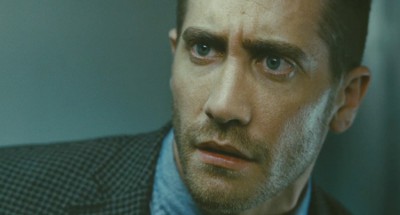 So, the most obvious problem with this explanation is how does Captain Stevens move from one reality to another? Well, we have “drivers” to do that, which is enough explanation for me to get through the story if it is said confidently enough. But, more specifically, what is moving into the other reality? In the other reality, when Captain Stevens is in the body of the deceased teacher and does stuff, what is the physical matter inside his skull like?

Is Captain Stevens’s brain inside the dead teacher’s body in the train reality? How does that work? Is Captain Stevens’s consciousness extra-materially imprinted onto the dead teacher’s brain? How is that feasible – especially considering all the memory Captain Stevens brings with him, especially when he talks to his dad? What is happening inside his physical body in the secret lab when he is controlling hands that exist in some branch of the possible universes that are sending Goodwin a text message from an alternate reality?

Additionally, how does the 8-minute clip of short-term memory play into this? How has extracting this information from a dead person enabled this travel through multiple universes? Why is the 8 minutes significant, and why does Stevens so often die at the end of it in the alternate realities?

The Four One One

If I had to sew in a technobabble patch to fix up this discrepancy – and recommend your own in the comments – it’s that the story leans on information rather than matter as the essential fabric of reality. The material world is at least somewhat illusory. If you have enough information about a part of the universe configured in a certain way, it can be the same as being in that part of the universe. The same with a person – people can be transmitted by conferring or reconfiguring information – and the quantum observer with sentience or consciousness can be moved along tracks in possible universes, experiencing different branches of the waveform, by being exposed to this information in a specific way.

There are certain ideas in the philosophy of mind that rely on an interpretation of subjective experience  that is a little bit like this. In these ideas, consciousness, in its many definitions, “emerges” as a new property from smaller, more discrete properties, sometimes identified as properties of discrete calculations or pieces of information. If you are willing to believe in a “strong emergence” from an informational or computational root – that consciousness and subjective experience could arise from information alone – it’s not patently absurd that a person’s perspective and place in reality could be moved around the multiverse by moving around information related to a different consciousness in a different reality.

“Strong emergence” is a bit of a bridge too if you ask me. The slipperiness of ice may seem like a totally new, emergent property that can’t be derived from the properties of its parts, but that is because the mind is comfortable with that sort of scale and is uncomfortable with the realities of how it works on the micro-scale. In fact, ice can become slippery as an extension of the aggregate interaction of a lot of quantum masses, charges and spins – it seems to “emerge” – but really the emergence is more an act of the person identifying the property and setting it aside as new, rather than the property itself emerging irreduceably. 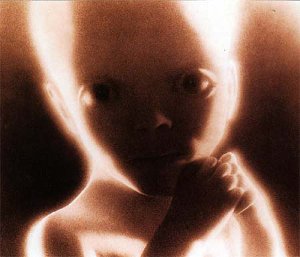 Subjective experience is a bit trickier than, say, the slipperiness of ice is as an emergent property – it doesn’t make nearly as much sense for the parts of a computer to be able to reconstruct and manipulate the location and experience of Captain Steven’s subjective frame of reference. Why are discrete computations special as interactions of matter and energy? What about computational systems that are performing computations randomly, like an abacus falling down a flight of stairs? What about chemical or nuclear reactions that could conceivably used to track information? Is any body with sufficient information in it capable of subjective experience? Do stars have subjective frames of reference? There’s a lot of math inside a star – but is there a space baby?

Our intuition would say no, but as we saw with the double slit experiment, our intuition isn’t necessarily all that great at answering the really weird questions.

And if it is a weak emergence, where we can reduce it to its parts, what is the part of a subjective experience that observes? What is the ghost in the machine made of? We can put aside free will, we can put aside cogitation, we can even put aside the “sum” in “cogito ergo sum,” but we are still left with the problem of the philosophical zombie:

This is still thoroughly implausible – the movie is at best an artistic riff that came out of some of these ideas – but it would at least offer a good pseudoscientific explanation.

This explanation – and I think the whole pseudoscientific grounding of the movie – would be considerably more robust if Captain Stevens’s body were gone – if his brain signature were being stored in a computer, and that information was retaining his consciousness and continuing to provide the dasein with qualia. Because who doesn’t need that?

Well, when I saw “easier to comprehend,” I mean as a story device. It still is in the realm of crazytown in terms of science.

But I think the way the movie becomes a bit more elegant is if it goes significantly darker – if instead of discovering that his experience is a reality rather than a simulation, the movie left out the second explanation and just challenged Captain Stevens with the existential problem of what to do as a basically dead man trapped with only 8 minutes of another man’s experience.

Ought Stevens to re-up for another tour of duty to prolong his life, whatever it is? If the train isn’t real, is it still meaningful to save the people and get the girl at the end? What does that say about the imperatives to do stuff and self-actualization strategies we use in our own lives, with their own dubious relationship with reality? Is there a good reason why Captain Stevens should care about counterterrorism missions when perched this close to the gaping maw of the abyss?