What We Discover the Source Code Really Is 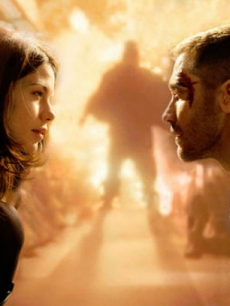 There are lots and lots of deaths in this movie. It's not clear which of them are real and which are not.

This is where the “quantum physics” technobabble kicks in. One of the possible (and, believe it or not, one of the more widely accepted) explanations for a lot of the craziness that happens in quantum physics is many-worlds interpretation.

One of the big problems of quantum mechanics is that events that have not been observed often can’t be said to have definitively happened or not happened. Rather, they exist in a “waveform” – in a probabilistic state between different likelihoods of happening – technically both happening and not happening at the same time. This phenomenon isn’t guesswork or philosophy (although the explanations for it are, to an extent), it’s experimentally verifiable.

Okay, this part gets complicated, so I’ll allow the illustrious computer-generated Dr. Quantum to explain:

Okay, so, in line with the Heisenberg Uncertainty Principle, which says we can never know the position and velocity of an observed thing at the same time, observing a wave/particle appears to change it – wave/particles that appear to behave probabilistically instead begin behaving deterministically.

This “waveform collapse” is a counterintuitive result – people don’t generally think of their observing things as having an effect in itself on the fundamental nature of reality, but it sure appears to in experiments. So, yeah, if you’re one of the folks who tends to believe concepts like “common sense” and “what exists exists and doubting it or questioning the nature of reality is stupid and a waste of time” – it turns out that a lot of the things about reality that seem apparent from everyday observation and tradition are a lot stranger than they appear to be – and this is only the stuff we’ve figured out is weird – imagine the stuff we haven’t spotted yet…

Anyway, there are multiple current, somewhat credible explanations for results of the double slit experiment and the “quantum weirdness” it and other experiments detect in the world. Some of them claim that observers fundamentally change the way things work in some way. Some of them downplay that factor and come up with explanations that sounds a little less mystical.

In the many-worlds interpretation, the waveform collapse is explained a little differently – the waveform is seen to collapse – one outcome seems to emerge from a probabilistic outcome – but observing the waveform has not collapsed the quantum phenomenon, it has simply followed the waveform along one of its many concurrent outcomes into a possible universe where only one of them happened. At the same time, from each quantum event, uncountably many other possible universes branch out like a tree, with reality extending into a vast web of all the things that ever could have happened stretching across the oddly shaped loaf of spacetime.

In the movie, this explains how Captain Stevens can access the information outside of what the deceased perceived – he isn’t reviewing a memory record of what happened, he is actually experiencing those 8 minutes in a reality. It’s not the possible universe he has historically experienced up until this point (in that universe he wasn’t on the train and everybody on it died), and the time frame is a bit exotic for him, but it’s part of the fabric of reality – its own succession of universes, where he can free roam across different branches of the web (and create more himself) whilst getting in ill-advised fisticuffs and gunplay until he has three stars, the cops start sending helicopters and he needs to find a spray paint garage. 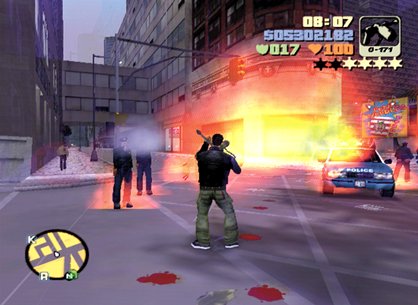 Yeah, I'm going to have to run through this source code a few more times to find the evidence I need. Could you grab me a Mountain Dew and nuke up some Hot Pockets?

Except the “inside” of the source code project isn’t a computer program, it’s a reality, so it looks a bit more like this: 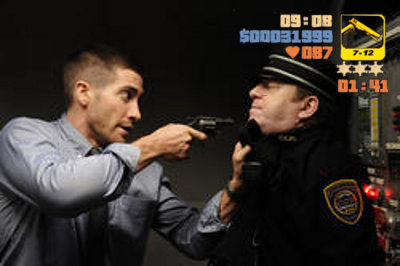 The freedom to do this is existentially terrifying!!! Where are my Mountain Dew and Hot Pockets?!?!?!