Warning: Spoilers for the new Duncan Jones / Jake Gyllenhall film Source Code. The ending is far from the best part, and the good stuff is clear early on, so spoiling it isn’t all that bad.

[I]ts science is preposterous. Does that matter, as long as everyone treats it with the greatest urgency? After all, space travel beyond the solar system is preposterous, and yet we couldn’t do without ‘Star Trek.'” 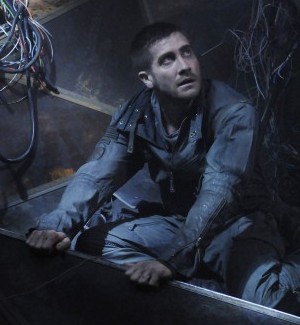 Wires! So many wires!

Source Code is a solid movie with a lot going for it and a few issues. The most obvious problem – and, sure, the least important, but we’re talking about it anyway – is its pseudoscience. While other sci-fi movies give you a comforting drone of nonsense words that frame what is going on in just the right combination of sensibility and implausibility, Source Code not only leans on science that can’t reasonably work the way they say it does, it also relies on very complicated stuff that is explained multiple times through different implausible phenomena. It can all be a lot to take.

Never fear though, Overthinking It is here to parse the pseudoscience, and, perhaps start a conversation about the best way to either fix the pseudoscience so it works or determine what kernel of reality or insight may lie at the heard of it.

What We Are Told is Happening

I’m going to base this off a combination of what is outright explained and how characters react in context – in Source Code not only is the pseudoscience described in different ways at different times, and not only is the explanation not always consistent, but it is sometimes mumbled or breezed through, as if they don’t have confidence in the audience’s ability to suspend disbelief. This is unfortunate, because every Lieutenant Commander Data fan knows that the key to good technobabble is to pronounce it clearly and with the utmost confidence – that if you have that, the audience will follow you everywhere.

So, admittedly, there’s going to be a certain amount of patchwork involved in my reconstruction. If I am off on anything, sound off in the comments.

Adding to the confusion, the people running the source code program think the source code is one thing, but, as we eventually find out from Captain Colter Stevens (that’s Mr. Gyllenhaal), it is something else entirely. Let’s start with what The Man tells us. 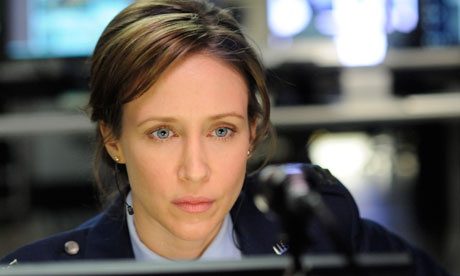 For most of Source Code, the role of The Man will be played by this woman.

(This, by the way, is where we start in with big spoilers. You have been warned.)

We are told by Collen Goodwin and Dr. Rutledge – a.k.a. “Good Cop” and “Bad Cop,” a.k.a. “Attractive, Dutiful Soldier” and “Grumpy, Handicapped Project Manager” a.k.a. “Motherly Female Character” and “Unfeeling Scientist,” that the source code is based on a computer program that works through quantum physics.

Now you start to see why this is getting its own post.

According to Dr. Rutledge – a.k.a. “The Black Guy” – a human being’s short-term memory stores 8 minutes worth of experience – the source code project retrieves this experience from a dead person and plugs another person into it to relive those 8 minutes – and not just to passively notice details or perceive the sensory information of the dead person, but to exist within that time – to have feelings and perspective, to look around the environment, even play out those 8 minutes in different ways, like going places the deceased person didn’t go or changing the course of events, to see what might have happened and gather more information. Then, after the 8 minutes, the operative “dies,” returns to an intermediary space, and can communicate findings back to the people running the project through a computer interface.

The source code project uses this technology to fight terrorism by sending special mentally programmed/trained operatives into the memories of people killed in terrorist attacks to identify the terrorists and prevent them from killing again. Dr. Rutledge is very excited about its prospects as a weapon in the War on Terror, but its suitability in fighting crimes where the perpetrator often either commits suicide or publicly claims responsibility is not discussed.

Goodwinn – a.k.a. “The Blonde Lady” – tells us it’s “just a computer program.” That it works off the exchange of information and doesn’t itself constitute an experience in reality. It’s like a simulation.

By this explanation, it’s the ultimate extension of those b.s. “enhance… enhance…” scenes in movies and CSIsh television shows, where computers let you get information from an old photograph that it can’t possibly have captured because of silly things like resolution. It doesn’t make sense that source code operatives can interrogate people in the memory of the deceased. If the dead person didn’t perceive something, it wouldn’t be in his memory. It’s like this great scene from the legendary British sci-fi show Red Dwarf:

Oh, and the last big wrinkle? The source code operatives are all themselves dead people. The government keeps dead people hooked up to computers to investigate the memories of other dead people. Apparently, only dead people can do it, perhaps of some quality of their brains, perhaps because the procedures to hook somebody up to the source code devices are so invasive and harmful it would not be legal or ethical to do it to a living human being (it’s also probably not ethical to do it to a dead one, but the movie addresses that adequately, and it’s not pseudoscience, so I won’t get into it). Source Code is Quantum Leap meets Groundhog Day meets The Sixth Sense! Stay classy, government.

To be more specific, the person who gets put into the source code to do the investigating has to be really really badly wounded – arguably to the point of death, depending on how you define death (it is clearly not information theoretic death – be warned before clicking, though, Wikipedia pages on death are pretty depressing). The operative also has to match certain arbitrary qualities with the deceased from whom the source code has been retrieved, like size, body type, brainwave patterns, etc. – presumably so that when the soldier is quantum leaping into a body to go hunt down the criminal, that person doesn’t fall over out of inability to pass information back and forth to his illusory legs. Dr. Sam Beckett never had this problem. 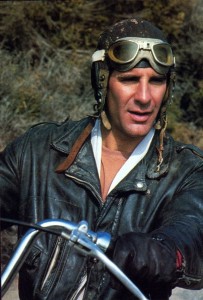 But he sure did have a lot of other kooky problems!

This dead-but-not-technically dead person, who in this movie is a military helicopter pilot killed in Afghanistan, is kept in a vague-science-pod in a sort-of-secret lab – where his (or her, but there is no her example in this movie, so I’m just going to say his) body is kept “activated” by electrodes hooked up to his brain that enable the source code project to work. In the movie, we see that the body sure does look barely alive – it even breathes. That’s Captain Colter Stevens.

The whole process involves memory wipes between cases and a degree of traumatic mental reprogramming, which, we are told, has only ever worked once, with Captain Stevens. It isn’t entirely clear how much the project has messed with Captain Steven’s brain (or mind). He is conditioned to respond to certain cues (namely a specific passage about a woman and a bunch of playing cards, which help him recover from mental disruptions and memory wipes). He appears to retain most of his own memory of his own life and sense of self, except the part about being killed in Afghanistan, but his relationship with reality is frayed. At times (especially before we see his physical body) it seems possible that some manner of mental degradation might collapse the project and erase him from existence (“kill him,” although for most of the movie the word would seem too vague to apply appropriately). 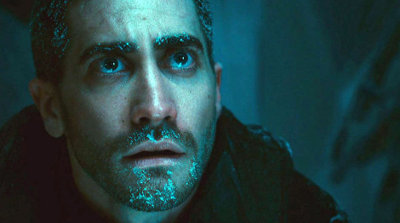 Being trapped in the freezing cold room is a manifestation of Captain Stevens's fraying link with existence. Feel good movie of the year.

While wrestling with all this between trips into the memories of the deceased – and communicating findings back to “Beleaguered Castle,” the source code project’s home base, this dead-but-not-technically dead person perceives himself in a form of Plato’s Cave:

In this space, which is depicted as a vaguely military escape pod or crashed aircraft cockpit, Captain Stevens, we are told, manifests his surroundings, and even his body, as familiar enough to him that he can cope with his situation. The government communicates with him by viewscreens – those are the “shadows on the wall” that Gyllenhaal perceives as real, but which offer only a distorted idea of what his situation in the world really is. 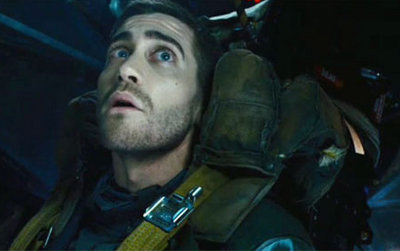 One obvious problem is that, within the source code, the “operative” doesn’t have access to any of the “subject’s” memories about himself. The investigator doesn’t know who he is supposed to be when he arrives, doesn’t know how the subject is feeling or reacting to stuff – doesn’t even have a record of what the subject did (one of the avenues the movie could have gone down and didn’t was that the subject was himself the bomber) and there’s no Ziggy-toting Al to give him the instant exposition after the “Oh boy” take.

This makes sense in Quantum Leap, where there’s a certain amount of Deus In Machina going on, but given this explanation of how source code works – that it is based in the 8-minutes of short-term memory from a dead person – this falls a bit short. Sure, core information about identity might be in long-term memory and thus not captured by the program (although this isn’t really how that works, but that’s adequate), but there’s a lot in your short-term memory about how you react emotionally to things which is just totally thrown aside in the movie. The things you looked at would be in focus, and little else would be visible. Looking at it all through the eyes of the person who lived it would be very restricting, but it would also be useful information to have.

Furthermore, the information source code gets from the 8-minute sample is just too much to be believable. In the source code, at one point, Captain Stevens leaves the train where the deceased was for the whole trip and follows some random guy into a public bathroom in a random suburban train station. It doesn’t make sense that this information would be in the memory of the guy who died. It would be possible to do this movie such that the discrepancies between what the deceased perceived and what the operative discovered could be chalked up to looking again at forgotten details or playing with mental manifestations, but source code goes far enough that this can’t be the case.

Anyway, the explanation we are told about how the source code works (computer program, electrodes, memory, fresh corpses, some sort of quantum thing) doesn’t turn out to be how it actually works, which is pretty interesting…