As of this writing, in the United States, gay people have received the right to serve openly in the Armed Services but have not yet received the federal right to marry. Sodomy is no longer a crime – or at least not a prosecuted one – but gay bullying is still rampant in much of the country. America’s attitude toward homosexuality is, to put it charitably, conflicted. Many Americans are fine with acknowledging that gay people exist. They just don’t want to hear about … you know.

Cam and Mitch are an outgrowth of that contradiction – the desire to stay relevant without rocking the boat. Of course they’re gay: look at how they dress! Listen to the way they talk! That’s how pop culture signifies “gay”: a love of musical theater and pastel sweaters. Not in the one thing that actually distinguishes homosexuality – a sexual attraction to someone of the same gender. 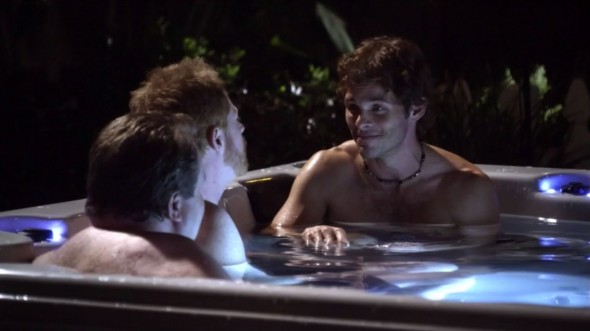 So even in a series that can make light of straight sexuality – Phil and Claire’s bedroom antics; Jay and Gloria’s mismatched ages – the writers can’t quite bring themselves to make Mitch and Cam sexual creatures. That’s not their fault. It’s not as if Christopher Lloyd or Steven Levitan are monstrous bigots. But when you have to write 24 episodes in 6 months, you have to rely on the first things that come to mind. And sixty years of sitcoms have given us a wealth of male/female comedy.

So if you want to write something safe that’s guaranteed to get a laugh, you write about the kids walking in on Mom and Dad going at it. Oh no! Everyone can relate to that!

Compare that to my favorite lesbian joke:

Q: What does a lesbian drive to the third date?

Get it? Get it? If you know a lot of lesbian couples, you’re probably snickering right now. If not, you can sit while I explain about the stereotype of lesbians to enter into co-dependent relationships very quickly. But you have to already know some lesbians for that stereotype to even make sense. Otherwise, you wouldn’t even recognize the second sentence as a punchline.

So for the large portion of the country that doesn’t know openly gay people, portraying Mitch and Cam as “a straight couple, minus the sex” is a safe choice. It’s something a straight audience can relate to. Mitch is the serious one – oh, but sometimes he’s too serious! Cam is the emotional one – always good for a laugh! The viewers can easily assemble the puzzle pieces, fitting tab A into slot B with no more than … actually, that summons up too many images; just the sort of thing we’re trying to avoid! Oops! Disregard.

But maybe I’m giving Levitan and Lloyd too little credit. Maybe this is a subtle means to make gay married couples more acceptable to mainstream America. Is that plausible? Would advocates for gay rights try to gain acceptance by making themselves bland and neutered?

The Mattachine Society was one of the first major homophilic organizations in America in the Twentieth Century. Formed in 1950, they published manifestos, organized discussion groups and distributed newsletters. Naming themselves after a “society of masques” prominent in medieval France, they drew attention to the masks that gay people wore in order to blend into American society.

But they tried very hard not to be too gay. 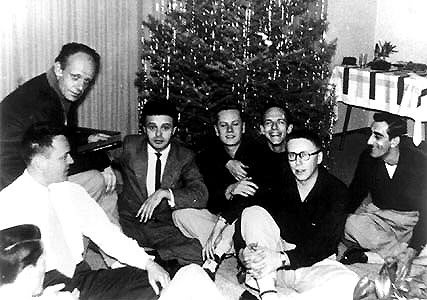 Could be a meeting of the Elks, for all you know.

After a Los Angeles newspaper column described the society as a “strange new pressure group [of] sexual deviants,” panicked meetings were held. A conservative faction within the Mattachine Society became prominent, arguing that homosexuals needed to appear inoffensive and normal in order to gain acceptance.

And the Mattachine Society was not alone in this. Other contemporary organizations for gay lib, like the Daughters of Bilitis and the Janus Society, followed in step.

To quote from Thaddeus Russell in A Renegade History of the United States:

[T]he […] major homophile organizations adopted the “politics of respectability” … Members of the organizations wore business suits and conservative dresses. They were expected to adhere to “Ivy League fashion”; no “swishing” and no “bottled-in-blond me, limp wrists and lisping” were permitted. At social gatherings, they showed only “scientific documentaries about homosexuality” … no “muscle movies” were allowed. The groups explicitly banned drag queens and “bull dykes” from their meetings. […] The Mattachine Society adopted a resolution disavowing “any direct, aggressive action” in pursuit of its goals.

On one side you have the formal organizations like Mattachine and Janus, who sought inclusion, reconciliation and accommodation. On the other side you have the drag queens forming chorus lines to taunt cops during the Stonewall Riots, or setting fire to San Francisco City Hall in the wake of Harvey Milk’s death. In the one hand you have respectability; in the other, rage.

If the characters of Mitchell and Cameron aren’t a cop-out, but are instead part of a “fifth column” meant to subvert notions of what gay marriage looks like, they fit right into the existing dialectic. They’ve inherited the tradition of the Mattachine Society in ending discrimination through normalcy. And maybe they are making progress toward a society where gay marriage is no longer considered deviant.

That could very well be the case. Because I can easily imagine a couple watching Mitch and Cam turn to each other and ask, “Hey – what was all the fuss about?” 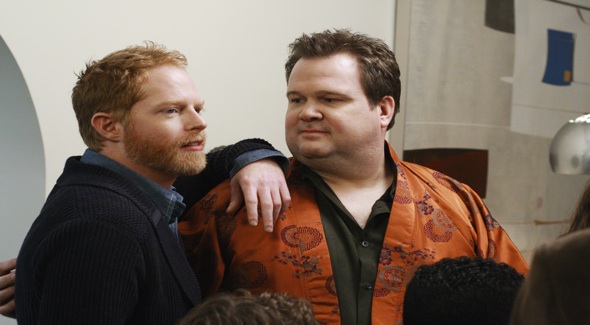