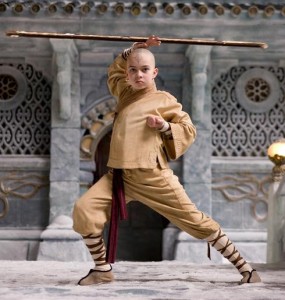 By now I’m sure you’ve heard about the controversy over the casting of the new M. Night Shyamalan movie, The Last Airbender. Critics contended that Paramount went out of its way to cast white actors in roles that were clearly portrayed as Asian in the TV show Avatar: The Last Airbender. Naturally, Overthinking It’s Only Minority (not to mention Asian) Writer, Lee, was tuned into the controversy like Aang was tuned in with the elements.

Rather than bring you my own analysis (which would have required me to actually watch what is by all accounts a filmic abomination), I turned to a professional instead: Guy Aoki, the Founding President of the Media Action Network for Asian Americans and, along with Mike Le & Marissa Le of the website racebending.com, one of the driving forces behind this boycott. Fresh off organizing a protest agains the movie in Los Angeles, he graciously agreed to answer some questions about the issues behind this campaign and the issues of race and ethnicity in pop culture writ large.

Enjoy, and keep the discussion going in the comments.

[Note: for background on the issue, be sure to check out the FAQ on the racebending.com site.]

Be honest: were you a little glad when you saw how bad the reviews were for the movie?

Of course!  I mean, even if critics said this was an Oscar-worthy film, that wouldn’t have changed our opinion of the casting issue, but since we want this movie to do so poorly there’s not a second or third film, it helps that critics universally hate it.  And we very quickly got the notion that audiences felt the same way—one of the protestors caught it at a midnight show and he and half the theater asked for their money back and got it!  CinemaScore gave it a C—first day movie goers didn’t like it either, so they’re not apt to see it again and will not recommend it to their friends.

Given the universally negative reviews, the movie did better than expected at the box office. What will your reaction be if the movie becomes financially successful enough to warrant a sequel?

How did you get involved in the cause of Asian American media advocacy? I feel like many Asian Americans either choose not to make a big stink out of portrayals of Asian Americans in the media or keep a stiff upper lip about it rather than speak out. Did you have a moment when you said, “enough is enough, I need to do something about this!”? 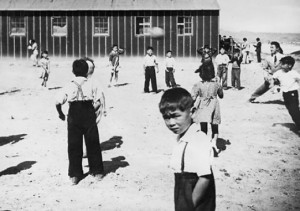 "One lady with barely any teeth called us 'Japs' and said we deserved to be put in internment camps. That was the last straw."

For me, it was in the middle of 1991.  The news media began doing a series of stories leading up to the 50th anniversary of the bombing of Pearl Harbor which was six months away.  They weren’t shining any new light on anything (e.g. did FDR know about the attack and let it happen so the U.S. would enter WW II, etc.), just sticking mikes into old people’s faces asking, “How did you feel when the Japanese bombed Pearl Harbor?”  How do you THINK they felt?  One lady with barely any teeth called us “Japs” and said we deserved to be put in internment camps.  That was the last straw.

At the time, I was part of NCRR (National Coalition for Redress and Reparations) which lobbied congress in 1987 to pass the redress bill.  I was one of its 15 leaders who led teams that met with Congressmen.  I decided I was going to form a media watchdog group so we’d never again be unprepared to respond to this kind of irresponsible journalism.  George Johnston and I put out heads together, worked out the details, and we had our first MANAA general meeting in April of 1992.

And in December of 1991 I worked with NCRR, who re-united members of the 100th/442nd Regimental Combat Team–the 522nd, more specifically–who were the first to rescue Jewish people form Dachau.  A Polish woman spoke about how she was blind-folded and about to be shot by German soldiers when the Japanese American soldiers arrived and saved her.  It was our way of reminding people what the U.S. did to us yet we still fought for it.

Is there truth to the stereotype of the silent Asian American minority that doesn’t complain in situations when other ethnic groups with more organization or political clout would complain?

Sure, and that’s the reason Hollywood—either subconsciously or consciously—keeps white-washing projects and inflicting stereotypes upon us:  They don’t believe we’ll do anything about it.  We’re too comfortable because, unlike other minority groups, we do pretty well.  It takes a lot to get people out of their chair to protest something.  Other ethnic groups already feel disenfranchised on several more levels, so when another offense happens, they’re quicker to show their outrage and take to the streets.

Do you agree that there’s a fine line between hyper-sensitivity (“I see racism everywhere!”) and bold, fearless media advocacy? If so, how do you draw that line? If not, why?

Sure.  We have to be selective. We don’t go after everything.  As far as films go, one of the factors we consider is, how well is it expected to do?  If we think it’s going to flop anyway, we don’t need to draw more attention to it.  However, when you had that scene in The Goods: Live Hard, Sell Hard last year which was so offensive, we had to say something even though it wasn’t that big a hit.

In an interview, director M. Night Shyamalan defended the casting of the movie by saying:

How do you respond to that? Do you think Shyamalan actually believes these things, is ignorant of the way Paramount went about casting the roles, or perhaps a combination of both? 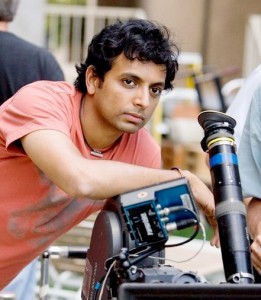 "M Night has truly lost it, both as a creative person and as a human being who can reason with reality."

M Night has truly lost it, both as a creative person and as a human being who can reason with reality.  I know his movie took place in a fantasy world, but I’d like to know what fantasy world HE’S living in!  Fact:  Most of the Asian people you saw in his movie were extras who didn’t speak.  Except for a few Earth Nation people and another guy who ends up betraying Aang, every Asian person who spoke was part of the evil Fire Nation.  Even the critics acknowledged that.  Harold & Kumar, Star Trek, Up, and Mission: Impossible III were all more culturally diverse than TLA.

Also, how can he say he went about casting this color blind when the casting notice stated a specific preference for white people?  Otherwise, you’d say “submit all ethnicities.”  Paramount President Adam Goodman told me that was a mistake but it came from local casting directors.  Wrong.  I have the smoking gun:  It came from Gail Levin who works on the lot at Paramount.  Either people lied to Adam (he became President in June of last year) or he’s lying to me.  Frank Marshall, one of the producers, is definitely lying.  In order to defend against this accusation, he gave ugo.com the September 2008 notice which didn’t specific race, very conveniently not sending the July 2008 one which did.

What do you think it will take for Hollywood to make substantive changes in its practices? Will they inevitably respond to shifting demographics, or are there more deep-rooted prejudices against casting non-white actors in major roles that also needs to be overcome?

Since Hollywood imitates success, it would help to have a movie which stars an Asian American that really takes off and appeals to everyone.  That would help unhinge the racist assumptions of studios that white people won’t pay money to see Asian people.  Hell, Jackie Chan movies have been #1 even though he can barely speak English!  Think how much money people would pay to see a kick-ass Asian AMERICAN man who can!

Those deep-rooted prejudices remain, however, and that’s why we’ll always be in an uphill battle for opportunities:  We have to prove ourselves that much more than white people.  There is such a thing as white privilege.  Look at Alex O’Loughlin:  He starred in two CBS series, two years in a row, which were cancelled:  Moonlight and Three Rivers.  Yet the same network lets him star in the upcoming remake of Hawaii Five-0 as the new Steve MacGarrett!  And he has absolutely no charisma!

This is more relevant to pop culture outside of the fantasy realm that “The Last Airbender” inhabits, but I think it’s worth asking. In reference to Secret Identities, an anthology of Asian-American superhero comics, I wrote that:

[The authors] revealed a paradoxical “have your (rice) cake and eat it too” mentality that Asian-Americans have been struggling with for years… Basically, Asian-Americans want to be seen as a minority group that needs special consideration, while at the same time we don’t want to be seen as a whiny self-victimizing “other” minority group that needs special consideration. We cry foul when white actors get cast in non-white roles… but when Asian actors do show up on screen, we don’t want them to be overtly defined by their ethnicity. We want a comics anthology dedicated to Asian American superheroes , but we don’t want their Asian-ness to dominate the stories. In our family lives, we want to preserve things like food, language, and customs that set us apart from the mainstream, but we also want our kids to get into Harvard, Yale, and Princeton, those bastions of the white American establishment.

Do you agree that there’s this tension within Asian-American culture? What’s “better”: a character in a fictional work that “happens” to be Asian (e.g. Russell from Pixar’s UP), or an explicitly Asian character whose Asian-ness is essential to his identity (e.g. Mr. Miyagi from the original Karate Kid movie)?

We need to have both:  those which demonstrate we’re just regular people who happen to be Asian American.  Then we need those which delve into what it means to be Asian American.  That’s why, despite the fact that Mr. Miyagi was a stereotyped character, he still had the best scene any AA ever played in the history of cinema when he was drunk and revealed his past—and the past of Japanese Americans who were interned during World War II.  That’s why he got his Oscar nomination.  I still cry when I see that scene.  Bless you, Pat.

Guy, thanks so much for taking the time to answers these questions. 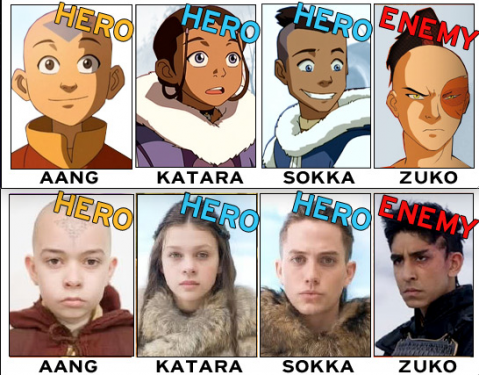 Readers, it’s your turn: what’s your take on the “race-bending” controversy? Has M Night Shyamalan lost it? Are there any examples of positive cross-racial casting? Should Lee be cast as the next Spider-Man? Sound off in the comments!