It was a dark and stormy Open Thread. Actually, it’s been uncomfortably hot in the North Atlantic, but that’s a good line to open on anyway.

In TV news, Emmy Nominations were announced this week. Mad Men has 17, including 6 acting nominations (Jon Hamm, January Jones, John Slattery, Robert Morse, Christina Hendricks and Elizabeth Moss). Breaking Bad has 8, with Bryan Cranston and Aaron Paul picking up Lead and Supporting nominations respectively. And those footloose teenagers on Glee walked away with 19 nominations, with Matthew Morrison and Lea Michele up for awards. Question: Community getting 0 nominations – as bad as the annexation of the Sudetenland, or worse? 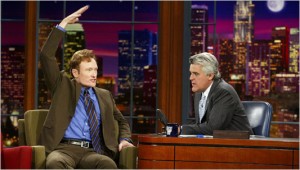 In the world of movies, Predators and Despicable Me open this weekend. Critics generally panned the former and liked the latter. Not even Danny Trejo and Lawrence Fishburne can make Adrien Brody bad-ass enough to carry a Predator flick, it seems. Question: Predators isn’t a remake of the 1987 Schwarzenegger classic, but a re-imagining of the original concepts in a different setting. What other 80s movies could benefit from this treatment? 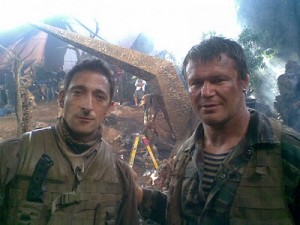 And it pains me, because my star only rises if skinny guys with big noses become action heroes. But ... no. Just no.

Would the cast of Community survive if dumped into a hunting ground for alien predators? Or is there a topic we missed? Sound off in the comments, for this is your … Open Thread.