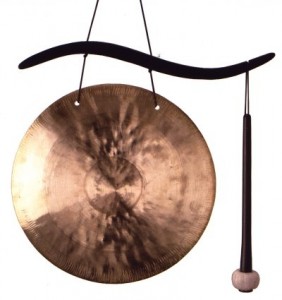 I tried buying a gong and banging it right before I decided to go someplace, but it's just not the same.

As regular readers are aware, I have become somewhat obsessed with Law & Order. When the series ended recently, I was reduced to reading Law & Order fan fiction, including this crossover with Angel. (Here’s Jack McCoy’s plea bargain offer to a captured vampire: “Helene pleads guilty. She allocutes. She tells us all about her condition. She tells us who made her. She tells us about other vampires in the City. She finds a way to render her safe. She does all that, and she gets to serve twenty-to-life. We’ll find a facility for her.”)

I also spent a lot of time musing over what makes the show so addictive for me, and I think a lot of it is the structure. Episodes are divided between the detectives and the D.A.s, and within those halves are other patterns: the detectives usually discover an unexpected motive for the crime, or a seemingly innocent witness turns out to be hiding something. The smug defense attorney will get key evidence thrown out on a technicality. Someone will usually confess something, accompanied by an electric violin. (Naturally, these cliches are common to many cop shows, but let’s focus on this one right now.)

In a lesser show, the repetitive nature of these stories would be tedious. But with good writing, the formula becomes a strength. The familiar contours of the story go down easy, like comfort food or a cozy sweater. But the unique twists of each episode keep the show fresh. All TV is like that, to some extent. Yes, we want creativity, but we also want to see Dr. Cox insult Zach Braff, or Ben Linus stare at the camera all creepylike, or George Costanza get brutally dumped. The shows that succeed give us formulas, with all new trimmings every week. Having that basic structure is what allows creativity to blossom. 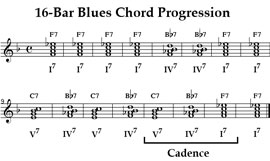 This isn’t unique to TV. Take music. We don’t necessarily want to hear a songwriter invent new chord progressions. We want to hear the old chord progressions, but have them sound new. Or take movies. As someone who has sat through large chunks of The Cremaster Cycle, I can safely say I like originality. But I also teared up a little at the end of Star Trek.

There is another form of entertainment that builds originality onto a rigid structure: improv comedy. I took a couple classes at the UCB Theater, but Overthinking It actually counts several semi-pro improvisers among its ranks. The kind of improv I’ve always liked best is “long form,” in which the performers will create an entire show based off of one suggestion. The type of improv most people know from television and comedy clubs in “short form,” in which the performers play “games” (“Every time I ring the bell, you have to become a different celebrity!”)

I’m completely unqualified to do this, but I have come up with the rough plan for a Law & Order-based improv show, in which the troupe will use the structure of NBC’s masterpiece mixed together with elements of long form and short form. I invite all you more experienced improvisers to help me make this better. And maybe, just maybe, someone will make me very happy by attempting to perform this someday.

1. The group enters. Without any introduction, the group leader asks for a suggestion from the audience — any sort of suggestion at all. Two improvisers step forward and play a scene based on that suggestion, which ends with the discovery of a body. When another improviser feels the scene is over, she should literally jump in front of the performers and lie down. (This kind of thing happens all the time in the TV show. The police are talking to an attractive young couple that’s just been caught having sex in the park. Suddenly, shots ring out…)

2. Cue the Law & Order theme song. The entire group steps forward. The leader welcomes the crowd to Law & Order Live, the show in which the people are represented by two separate yet equally hilarious groups of improvisers.

3. Ask the audience to name a relationship between two people. Then ask for a household chore. In this scene, two detectives talk to another character who knew the deceased through the relationship suggested (lover, dentist, pool cleaner, etc). The character is doing the suggested chore the whole time. No matter what, the detectives do not ask him to stop. (This is maybe my favorite Law & Order cliche. If I were ever being grilled by two homicide detectives, I would definitely stop carrying trash to my garbage truck for five seconds. But nobody ever does.)

4. When the character from #3 reveals interesting information about the deceased, the other improvisers waiting in the back should step in and become a new character the detectives could be interviewing. For instance, if the character from #3 mentions the deceased was a Civil War reenactor, another two improvisers can step forward to be interviewed, loading rifles and firing all the time. (NOTE: All the interviewees should be doing complicated tasks. Under no circumstances should anyone look at the detectives.)

5. The improvisers playing the district attorneys now convene a “grand jury”: everyone in the audience. This starts with one of them presenting the story of how the crime took place — if the detectives haven’t uncovered any motive, the D.A. now has to create one, making it as logical as possible. Then the audience members are free to ask any questions they want. The district attorneys have to answer, even if the questions are wildly irrelevant. This scene always ends with the district attorney asking for permission to bring this guy in, and the crowd erupting in cheers.

6. Before the show begins, the performers hand out a slips of paper to the audience members and ask them to write down the thing they want most in the world. Now the leader divides those slips into two piles. He gives one to the D.A. improviser and one to the defense attorney improviser. Both sides are going to present their motions to the judge improviser. They take turns going back and forth, trying to make a persuasive argument for why these requests are completely justified under the circumstances. “Motion to… [reads] ‘have a date with Megan Fox.’ My client cannot receive adaquate representation if his attorney is constantly watching Transformers 2. I need to get this out of my system.” The judge then has to approve or deny each motion.

7. It’s time for the attorneys to examine each of the witnesses that the detectives spoke to earlier. It’s likely, of course, that the improvisers playing the attorneys will also have played those very witnesses. But there’s nothing wrong with someone having to cross-examine themselves–in fact, it sounds hilarious.

8. Three improvisers leave the room. The defense attorney explains to the crowd that these witnesses have horrible secrets, and if she can get them to admit these secrets on the stand, they’ll lose all credibility with the jury. She asks the audience to suggest what these secrets are. Then the improvisers come back in. One at a time, the defense attorney asks them a series of questions, designed to get them to admit their “secret” (which of course they don’t know).

9. Closing statements. Both the D.A. and the defense attorney address the crowd directly. They should feel free to go in any direction they want. However, before each speech, the group leader asks for two random objects out of the purse of an audience member. The leader than puts the objects in the two lawyers’ pockets, without showing them what they are. During their speeches, each lawyer must pull out their object and use it to make a dramatic point. (“In many ways, justice is like… this bottle of lube. Slippery. And water-soluble.”)

10. The judge asks the crowd to vote on a verdict, via show of hands. He then announces the verdict, and the defendant reacts accordingly.

11. Final scene is the D.A. talking to his grizzled boss at a bar. They wax poetic about the case, and life in general. Then the most memorable characters from the entire show can enter the bar for a drink (the Civil War reenactors, the defense attorney on a date with Megan Fox, etc).

Naturally it goes without saying that between every scene, the Law & Order gong sound must play. There should be a red light that flashes, cuing the audience to make the noise. Everyone loves making the noise, even though nobody does it well.

I figure the whole thing should take 30 minutes, start to finish. What do you think? Did I forget any other Law & Order cliches that would make fun scenes?

7 Comments on “Law and Order Improv”