So, how are things one week later, after I left Facebook?

They’re pretty much the same. I don’t miss Facebook at all. I’ve spent some time padding out my LinkedIn contacts, and I’ve spent more time on Twitter. I like social networking, I just couldn’t support the ethics of it.

I’m a little worried about being less able to spread around my posts here and promoting my improv shows — Facebook is too important to OTI to justify pulling our presence on the site (plus, out 15,000+ fans are clearly very devoted to us and would miss us terribly and be unable to find us here), but it makes a difference when you put your name on something.

But that’s just it, isn’t it? Facebook uses your own personal stamp – your friends’ trust in you – to make that difference to its customers, even if you and your friends are oblivious to what they are doing in your name.

Anyway, enough ranting from me for now.

Oh, this wouldn’t be finished if I didn’t mention Friendster.

So, I toyed with the idea of going back to Friendster, and then trying to convince my friends to follow me back. Contrary to popular belief, Friendster has neither disappeared nor failed as a business — it is a very successful site with more than 100 million users that was very recently bought out for a very healthy eight figures; more than Google offered it at the height of it’s U.S. popularity back in the early aughts.

The catch? It’s the #1 social networking site in Asia. Not a lot of my friends are in Asia.

Friendster was bought by a Malaysian payment services company called MOL Global just a few months ago – in December of 2009. So, yeah, if you want a free social networking app in Simplified Chinese or Filipino, go for it. Knock yourself out.

My girlfriend’s mom recently went  to my Friendster page (probably because I deleted my Facebook page), and e-mailed my girlfriend, asking why this woman’s butt was all over my Friendster. She was pretty alarmed. It was pretty hilarious, but also somewhat regrettable.

Nostalgia, really. Ah, to have the social networking problems we used to have. Not only were they transparent, they weren’t wearing any clothes!

By the way, one of the ways MOL Global makes money is by enabling transactions with online video games in Asia.

So, Friendster was basically bought with World of Warcraft Gold, which is pretty hilarious.

What say you all?

The OTI audience is pretty smart — what do all a y’all think of this Facebook mess? I know a lot of people who have left, but it’s mostly early adopters and tech-heads, not really day-to-day users. Anybody else here quit it? Thinking about it?

Oh, and Google Buzz did eventually apologize for pulling its crap during its launch, and changed its policies, unlike Facebook. But does anybody actually use Google Buzz?

It ain’t the finale of Lost, but it’s something. Sound off in the comments!

I’ll get back to the Juggalos in two weeks — there’s a lot more to say, especially with all this in mind. 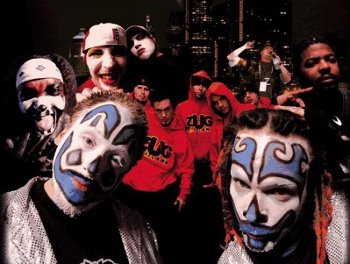 Now, THIS is a social network.