If you’re reading this, you’re already familiar with pop culture meta-character Mr. T’s catch phrase, “I pity the fool.” It immediately conjures Mr. T’s swaggering confidence and the ironic “pity” that he feels for the sucka that’s been targeted for a Mr. T beat-down.

Rocky III (1982) was the first instance of Mr. T uttering the line that would virtually define his career. But where exactly this this magical combination of words come from? Sylvester Stallone’s brain? Although he’s the sole credited writer for Rocky III, and as far as I can tell, there’s no evidence that suggests that Mr. T ad libbed the line, I find it hard to believe that Stallone alone could be responsible for such greatness. So I did a little research. OK, a lot of research. And here’s what I found.

Background: A Definition of “Pity”

Merrian-Webster defines pity as “sympathetic sorrow for one suffering, distressed, or unhappy.” The typical usage of the word “pity,” then, is far different from Mr. T’s typical usage. If I feel pity for my sick friend, I feel bad for him, and I hope he gets better. If Mr. T feels pity towards a fool, he doesn’t feel bad for the sucka, and he hopes he gets the chance to punch his lights out. More on that later. But first, let’s examine some of the earliest instances of “pity” in Western Civilization:

In the Old Testament, the LORD exemplifies pity mostly by not showing it to fools, suckas, and sinners:

“And I will dash them one against another, even the fathers and the sons together, saith the LORD: I will not pity, nor spare, nor have mercy, but destroy them.”

“And mine eye shall not spare thee, neither will I have pity: but I will recompense thy ways upon thee, and thine abominations shall be in the midst of thee: and ye shall know that I am the LORD.”

This stands in stark contrast to Mr. T, who, unlike the LORD, claims to show pity to the targets of his vengeance.

Shakespeare similarly uses the word “pity” in a straightforward sense; that is, one that roughly equates to mercy:

For pity is the virtue of the law,
And none but tyrants use it cruelly.

Note again the contrast with Mr. T’s usage of pity. Outside of his turn as Rocky’s protagonist, his fool-pitying is always targeted at tyrants and others who abuse his sense of justice and the law.

Scotland: The Birthplace of Fool-Pitying? 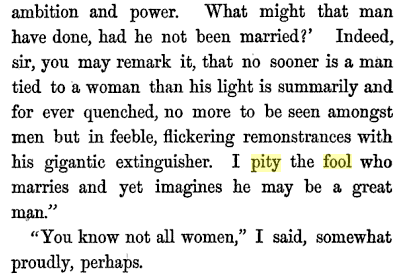 To be honest, I have no idea who James Merle was. The first few pages of the autobiography provide scant context for the guy’s life (outside of the fact that he lives in Scotland), and, well, there’s no Wikipedia entry for the guy, much less his friend “Gregory” who is attributed with the above fool-pitying.

That being said, there’s still value in analyzing the use of this phrase. At first, the pity appears to be genuinely sympathetic, but the speaker then describes the object of his pity as a fool, one who holds unrealistic expectations of post-marital greatness. He’s simultaneously pitying and taunting. Sounds familiar, right? You betcha, sucka.

However, this taunt lacks the menace that accompanies Mr. T’s pity. For that, we must turn to Friedrich Nietzche.

Nietzsche paved the way for the full extent of Mr. T’s fool-pitying in his 1880 work, The Wanderer and His Shadow (the third part of Human, All Too Human). It’s less of a philosophical treatise and more of a collection of aphorisms, all around the common theme of debunking assumptions of the day. In that spirit, he wrote the following:

To show pity is felt as a sign of contempt because one has clearly ceased to be an object of fear as soon as one is pitied.

Nietzsche takes Merle’s fool-pitying one step further by emphasizing the power dynamics of pitying. The person doing the pitying is typically in a superior position to the object of pity, but what Nietzsche implies here is that prior to any display of pity, the object of pity was actually an object of fear. Showing pity removes the fear and replaces it with contempt.

Need I remind you?)

Until 1902, fool-pitying had yet to cross the Atlantic from its roots in Scotland and Germany to the future home of Mr. T. That year, American journalist and author Opie Read published the following statement:

This fits squarely with Nietzschean and T-ean view of fool-pitying. Taunting. Contempt. Lack of actual pity. Read, however, paved the way for Mr. T to channel this vengeful pity for a good cause through his use of fool-pitying to further patriotism and love of America.

All of the elements of fool-pitying that Mr. T would come to embody were present with Read. Except, of course, the blackness: the status of oppressed minority that gives fool-pitying much of its defiant power.

In 1960, blues singer Bobby “Blue” Bland released the single “I Pity The Fool.” This song both brings us closer to and takes us away from Mr. T’s unique form of pity. It brings us closer in that it uses an African American cultural vehicle to popularize the phrase “I pity the fool”…

…but it takes us away in that the pity in this song is much more traditional than that of Nietzsche, Read, or T and lacks the aforementioned defiant power:

Bland’s pity towards the fool that falls for his former lover seems genuine, and if there is any scorn or contempt to be found in this song, it’s towards the woman and not her new lover.

White Britain Appropriates Fool-Pitying, Gives it Back to Black America

Bland’s song was a hit and inspired some notable covers, including one by a British blues group The Manish Boys in 1965. The lead singer of that group? 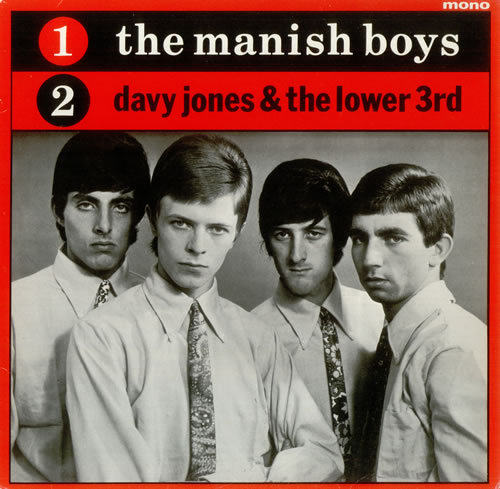 David Freaking Bowie. I bet you didn’t expect to see David Bowie mentioned in an article about fool-pitying. To be fair, The Manish Boys were just one of many white British groups to appropriate African American blues into their rock acts, but in this age of Mr. T-ean fool-pitying, there’s something incredibly jarring to think of this guy pitying any fool other than himself: 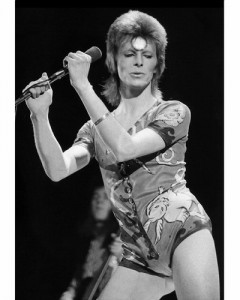 I have a better idea. Why not have Stevie Wonder cover this song instead?

That’s much better. Now fool pitying has returned to its African-American roots, albeit still without the sense of righteous contempt that Mr. T would soon come to embody.

Sylvester Stallone’s script for Rocky III (1982) represents the synthesis of many of the previous forms of fool-pitying that we discussed before.

There’s the synthesis of races (Stallone, a white man, writes the line for T, the black man), the lack of actual pity, and the lack of fear. But remember the distinction between Nietzsche and Read’s differing forms of fool-pitying? It seems that at this point, Mr. T’s fool-pitying is decidedly of the former: it is pure contempt without any of the constructive aspects of the latter.

The full realization of Mr. T’s fool-pitying–that unique blend of blackness, contempt, and constructive community building, would come not through the A-Team (1983), but rather through the inspirational video Be Somebody or Be Somebody’s Fool (1984):

Through a series of lessons on Anger Management, Break Dancing, and Recouping, Mr. T preaches values to American youth…with the threat of wrathful violence never far from the surface.

One would assume that Mr. T’s own TV show I Pity the Fool (2006) would represent the culmination of the previous century’s development of modern fool-pitying. But in a surprising move, the show represents a return to a decidedly traditional view of fool-pitying. In this “Reali-T” show, Mr. T helps real-life fools with their problems. Not by throwing them into walls and making them pay for their foolishness, though. Instead, he’s more of a life coach, working out problems through mediation and motivational speaking.

In other words, he actually is pitying fools in the way that fools were pitied prior to Nietzsche, Real, and T: through showing compassion for the distressed.

What has become of the fool-pitying that Mr. T espoused? If he himself is no longer the harbinger of ass-kicking disguised as pity, then who will take this mantle?

Fortunately, there are those who stand ready to pick up where our hero has left off:

But don’t hold out for these suckas. Before this movie comes out, become a member of… 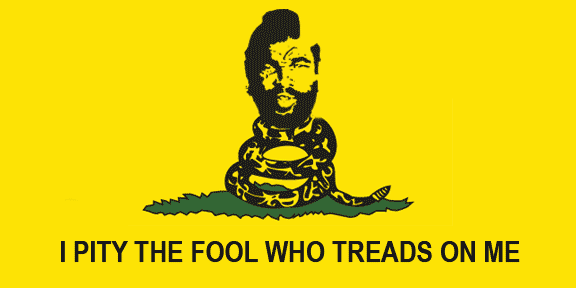 Pity fools today, tomorrow, and forever. Join the movement today. I pity the fool who don’t.

8 Comments on “A Brief History of Fool-Pitying: Origins of the Phrase “I Pity the Fool””