One of the many reasons that The Wire was the single greatest thing which the medium of television has yet to produce was, simply enough, casting black people. Before The Wire, you never saw a drama with that many black protagonists that wasn’t explicitly about race. Roots was similarly groundbreaking, but Roots wore its politics on its sleeve. It’s easy to put Roots in the “issue picture” bucket and ignore its artistic merits. But The Wire was, first and foremost, exceptional television drama. And its stars were overwhelmingly black. 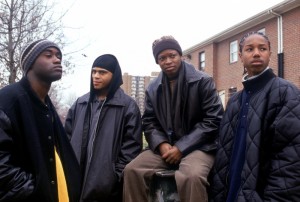 He is the fly in our ointment, isn’t he? It’s Detective Jimmy McNulty (Dominic West, white) and his meddling that kick off the whole investigation against Barksdale. He remains persistent in the face of cynicism, stalling and indifference and sees the case through to the end. Isn’t McNulty the hero? Isn’t this another case of the White Man’s Monomyth?

Sure, except for one problem: Jimmy McNulty’s an asshole.

People respect McNulty’s diligence, but nobody really likes him. The women he sleeps with despise him as soon as he’s done. His bosses hate him with a passion. He lies, schemes and shirks in order to get what he wants. He steals his neighbor’s newspapers, rats his department out to a judge to get results and reacts to every threat with bland insolence. He never learns and he never apologizes. Jimmy McNulty is an asshole.

And that’s all in the first season. Without treading too deep into spoiler territory, McNulty does not learn much from being yelled at all the time.

The first white man we meet in Treme is Davis McAlary (Steve Zahn), New Orleans radio DJ. McAlary is passionate about the slow disappearance of genuine N’awrlins culture – but he does almost nothing to stop it. Oh, he makes a lot of fruitless gestures, certainly, but nothing useful. And he’s presented in as unattractive a light as possible: our first glimpse of McAlary is of him stumbling out of bed, bare-ass naked, in his shit-hole apartment.

There is literally nothing attractive about McAlary’s behavior. He’s an asshole. 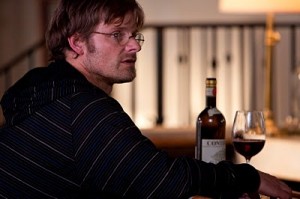 Even his voice is annoying.

McAlary is not the only white character incensed at what’s happened to New Orleans. Local novelist Creighton Barrette (John Goodman) voices his anger, in profane and accusatory terms, to any media outlet that’ll talk to him. He throws an interviewer’s microphone in the river and curses a blue streak at NPR. If Barrette is helping, it’s not in any way we can tell. And Sonny (Michiel Huisman), a street musician who busks for change with his violinist girlfriend, reacts to every outsider’s attempts at sympathy with ill-masked contempt. He mocks tourists for “never having heard of the Ninth Ward before Katrina” and seems to harbor some resentment of his girlfriend’s superior talent. He’s at best surly and at worst dishonest. Barrette and Sonny: two more white assholes.

Now two instances aren’t quite enough to hang a chain on. But it’s enough to make a good Overthinker take notice. The problems dealt with in The Wire and Treme – how institutions can steamroll over the underclass – are not explicitly black problems. Ending racism won’t necessarily solve them. But they are problems that affect black people more than any other race in this country (until you get further west). So to tell the true story of how institutions blunder through people’s lives and the wreckage left behind, you need a predominantly black cast.

Since these are problems that affect black people, even if they’re not “black problems,” the temptation must have been strong to create a Great White Hero who would swoop in and save the situation. But Simon, Overmyer and Mills ducked that temptation. The black residents of Baltimore and New Orleans rise or fall based on what they can pull together. And the White Men who show up to help are not noble. They’re comically ignoble.

Making such unlikeable assholes as Jimmy McNulty and Davis McAlary the representatives of white America may be a conscious choice on David Simon’s part. It might be a way of thrusting the temptation of the White Man’s Burden – a monomyth that’s so easy to fall into – as far away from the writer’s table as possible. Jimmy McNulty is not going to save Baltimore from the War on Drugs. And, though we’re only three episodes in, I’ll bet Davis McAlary does not save New Orleans from the corruption of its local, state and federal governments, either. Telling an audacious, city-wide story through the medium of television is achievement enough. Rewriting the ingrained archetypes of White Men among the Natives? That’s some kind of miracle.

Episode 656: “Us” is Also the Country that the Poem is About